Having your head in the clouds isn't always the best place to be, but for a senior at Kewaskum High School, it's the perfect place.

KEWASKUM, Wis. - Having your head in the clouds isn't always the best place to be, but for a senior at Kewaskum High School, it's the perfect place.

"It definitely feels good to at least finish with a bang," said Caleb Martin.

Being back on the track and running with the Indians is lifting up Martin.

Like every athlete who was competing in the spring of 2020, Martin lost his junior year on the track team where he competes in discus and running events.

"We had practice and we were, got an email that said, oh, we’re not doing anything," Martin said.

For Kewaskum’s track and field co-head coach Eugene Peterson, there was disappointment that the season never got off the ground, but Martin knew he would be flying high soon enough. Literally flying high.

That was December 9, 2020. The day he got his pilot’s license, changing his life dramatically.

"I’ve been trying to fly as much as I can," said Martin. 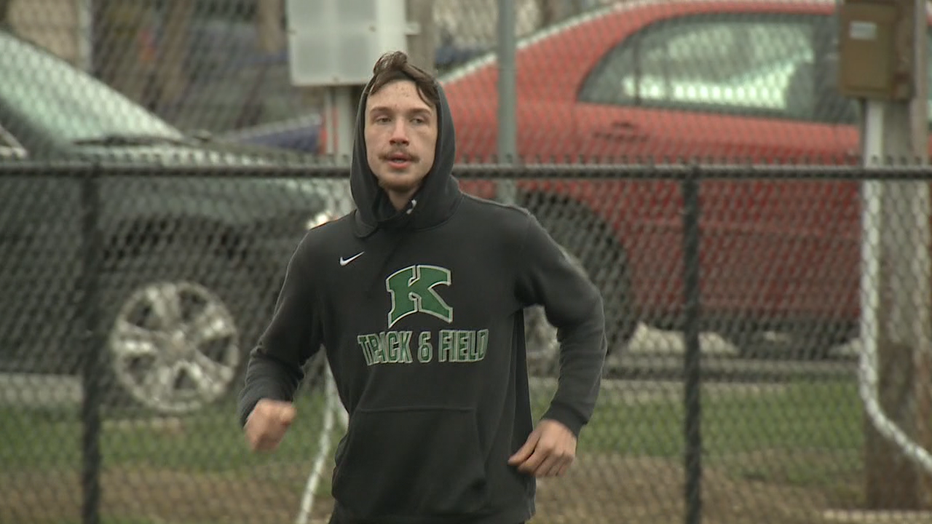 Since then he's become a regular at the nearby West Bend Airport where he continues putting in the hours in the cockpit.

"My mom took me up to an EAA Young Eagles rally in Fond du Lac where I got to fly in a Piper Twin Comanche."

From there he went to an EAA air camp showing every aspect of aviation in a week.

"A chapter member who saw me and came up to me and said, 'You should apply for this scholarship.'" 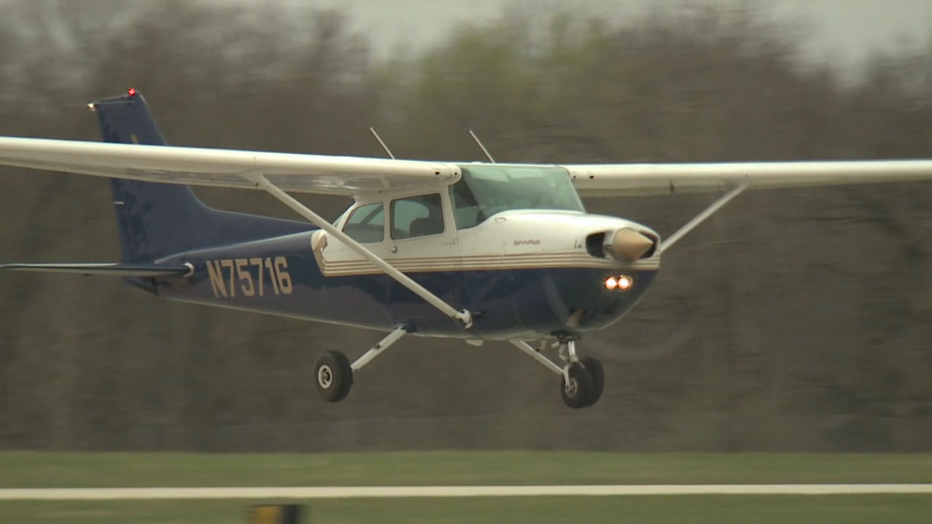 In August 2019, he was granted the Ray Aviation Scholarship for $10,000 to cover flight training expenses.

"Honestly, that it’s just something that happened to me. I’m a kid from the middle of nowhere in the midwest. So, i’m just surprised that i was awarded $10,000 to go be a pilot."

FOX6's Brandon Cruz: "You stumbled across it?"

"Taking the opportunity that Martin got and running with it and seeing it through," said Peterson. "That is an opportunity I wish more kids would have."

Not only is Peterson Martin’s coach, he’s also his physics and AP physics teacher and the two have had many discussions about flying.

"I know the general idea of getting them up in the air and keeping them going," said Martin. "But it’s been very interesting to learn things from him as well on top of high school physics." 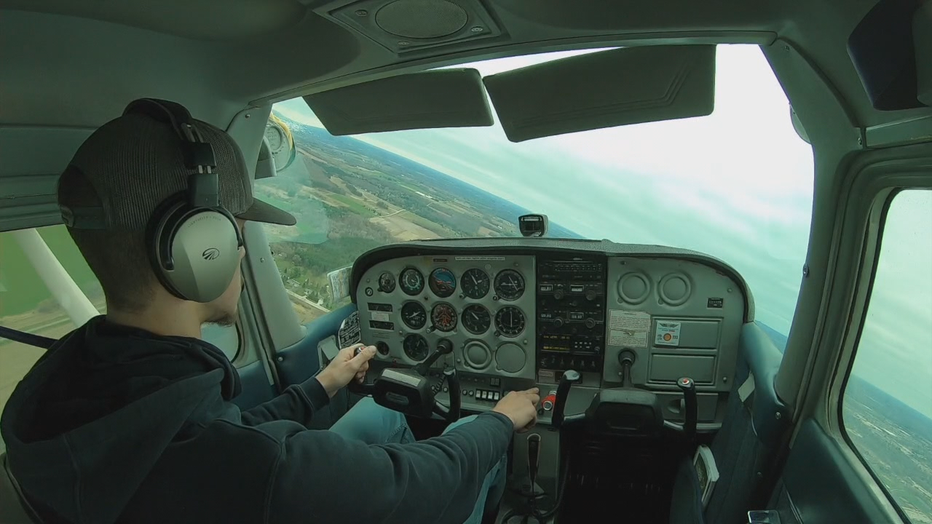 On top of the world is where Martin wants to be.

"The thought of me being able to do this whenever I want with whoever I want, that was pretty cool," Martin said.

Cool enough to be doing something most people only dream about.

"I can honestly say in my 11 years I’ve never had another student who is a pilot, an athlete and an academic student," Peterson said. "So, relatively unique."

Caleb will be going to the University of North Dakota this fall where he's enrolled in their commercial aviation program. His goal is to become a cargo pilot.

Local players look to make name for themselves in NFL

A trio of players from Southeast Wisconsin got a special call during this year’s NFL Draft.