Andrew Benzing's powerful leg earned him an invite to a national kicking competition. Now, it could earn him a college roster spot.

That star would be Andrew Benzing, who is hoping his booming leg can kick open a few doors for him post-graduation.

"I kind of defy how kickers are built, pretty much being 6-6. It’s not your average size for a kicker," Andrew said.

Andrew is a natural kicking from 50 yards in. The Trojans starting kicker and punter the past three seasons, the senior has been extremely accurate. In his career, he is 48-of-51 on extra points and has made both of his field goal attempts.

But it's his range that's truly impressive.

"My farthest is 63 yards, so I feel fairly confident inside 50," said Andrew. 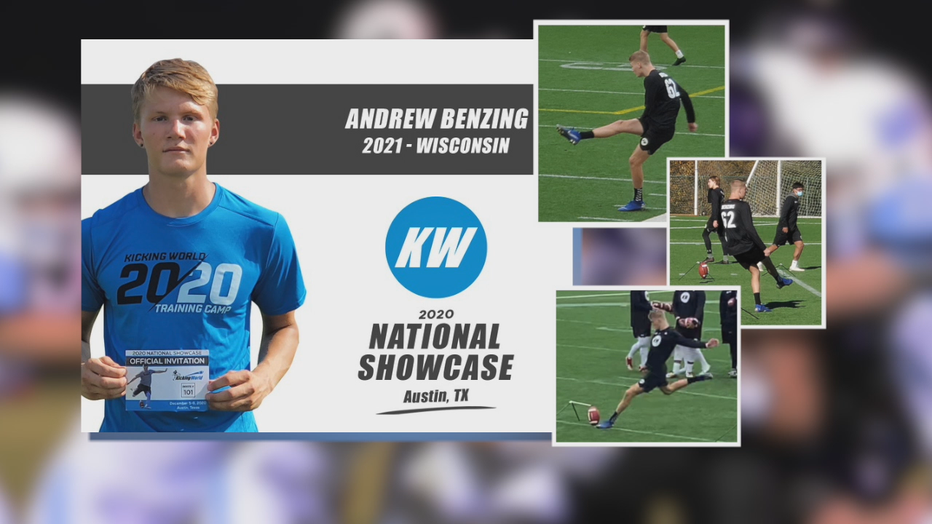 Andrew's talent helped him win the Golden Boot Award at the Kicking World Field Goal Competition this summer. It earned him an invite to the Kicking World National Showcase in Austin, Texas -- a two-day event where he competed against the best high school kicks from around the country.

"I was kind of like an underdog pretty much," Andrew said. "I walked in there, and all these kids have been saying how they went to all these different camps and it was my first ever camp kicking a football. I was kind of shocked a little bit."

Nevertheless, Andrew represented his hometown and finished tied for second place. He went 7-for-7 through 50 yards before falling just short of a 55-yard field goal.

"It was pretty cool. It was fun. I just went out there and had fun," said Andrew. 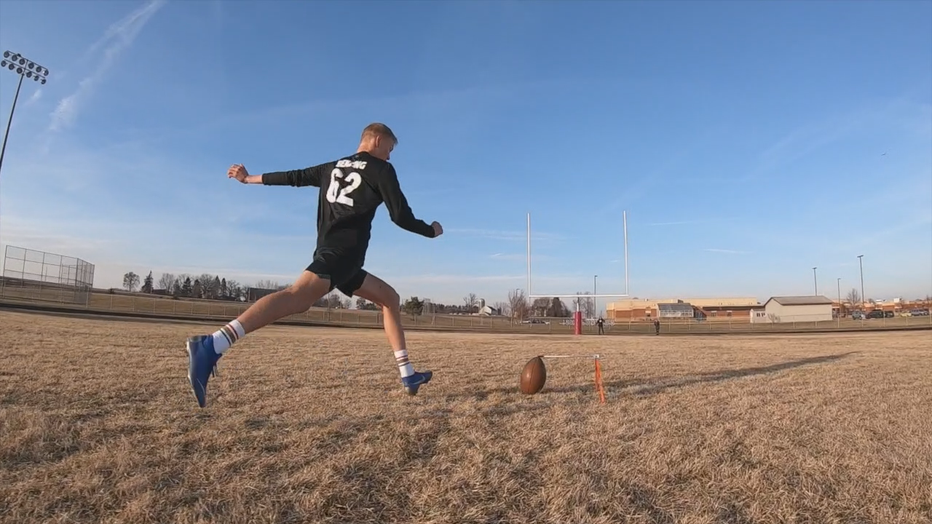 It also helped to have the support of his biggest cheerleader the entire way -- his mom, Tina Benzing.

"Smalltown boy living a big town dream," Tina said. "It is beyond words to think that his hard work, his dedication, and the passion he had for it ended up working out so wonderfully for him. It was amazing."

Andrew's progression is something that even he didn't see coming.

"It really wasn’t in my gameplan to try and kick in college, until I realized this summer that I was a lot better than I thought," said Andrew. 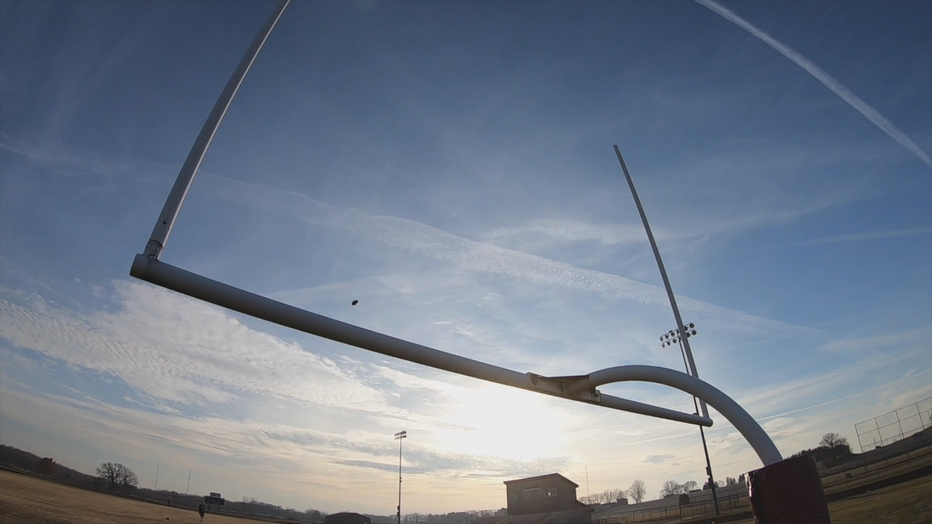 Now, his golden foot has caught the eye of several colleges -- including Wisconsin Lutheran and UW-Platteville.

In the future, maybe Andrew could be kicking on Sundays. For now, he's content on making that next leap in college.

"I’d love to earn a scholarship or a preferred walk-on somewhere, and hopefully make it big enough to where my name is known in this town," Andrew said.

Safe to say, he's already made it.

Milwaukee Bucks' Khris Middleton teamed up with UnitedHealthcare to give out around 200 coats and hats as part of his "12 Days of Khrismas" holiday initiative.