The&nbsp;Green Bay Packers&nbsp;sit atop the NFC playoff picture with two weeks remaining in the season and face one of their toughest opponents of the season come Sunday.

MILWAUKEE - The Green Bay Packers sit atop the NFC playoff picture with two weeks remaining in the season and face one of their toughest opponents of the season come Sunday, Dec. 27. 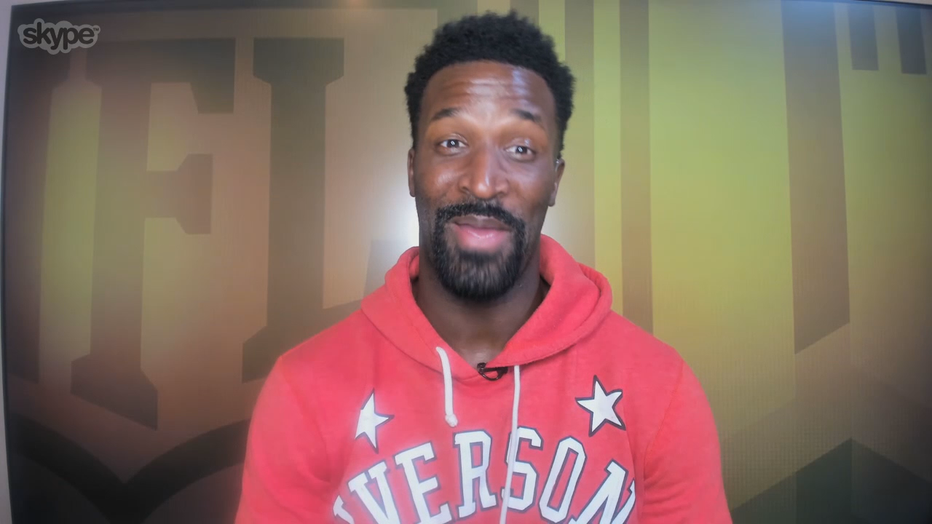 FOX6's Brandon Cruz: "Well, we've reached the final two weeks of the regular season for the Packers, and that means we're still keeping up with the Joneses. James Jones joining us once again, and James, it is Christmas week. What are your big plans?"

"Man, it's all about the family," said Jones. "Well, I wouldn't say the family. It's all about the kids, making sure the kids is good, man. Santa Claus bringing them everything that they wanted, and I'm just going to be hanging out, chilling with the family and relaxing."

FOX6's Brandon Cruz: "All right, so you get to be Santa's elf this week and help him with the Packers gifts. So when you're up there working with Santa, what kind of gifts would you be bringing the Packers as they get ready to face the Titans?"

"Ooh wee, what kind of gifts would I be bringing the Packers getting ready to face the Titans?" said Jones. "Oh my goodness. Well, they got this big gift coming in in Derrick Henry, man, so I would make sure that I got everybody the proper weights, you know, so they could get their weight training on this week. I'd make sure I got everybody the proper cleats, you know what I mean. Maybe a couple extra padding to be able to stop Derrick Henry from running that thing downhill." 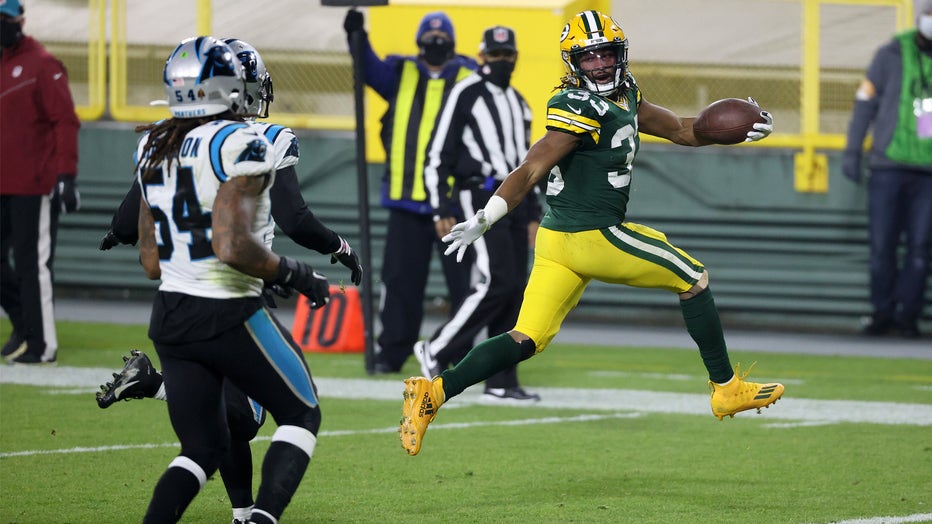 GREEN BAY, WISCONSIN - DECEMBER 19: Running back Aaron Jones #33 of the Green Bay Packers rushes for a touchdown in the second quarter of the game against the Carolina Panthers at Lambeau Field on December 19, 2020 in Green Bay, Wisconsin. (Photo by

FOX6's Brandon Cruz: "Well, the Titans defense is going to have its hands full, as well, and they have a problem getting off the field. What will the Packers do to them to convert third downs or keep that defense out on the field for a much longer time than they maybe want to be out there?"

"Well first and foremost, it's all about starting fast for the Packers," said Jones. "You know, you want to get off to a fast start, and like I said, try to make this team one dimensional, but as for the Packers, you know, it's just really continue to do what you've been doing. Continue to give them exotic looks. Continue to bring the motions at them. Continue to try to create opportunities to where you can get off coverage on Davante Adams and Lazard, MVS. You know, Robert Tonyan is another guy that they have to account for in the pass game, too, that can run routes, so I would like to see a lot of bunch formations, and a lot of motions and just Aaron Rodgers getting the ball out of his hands fast." 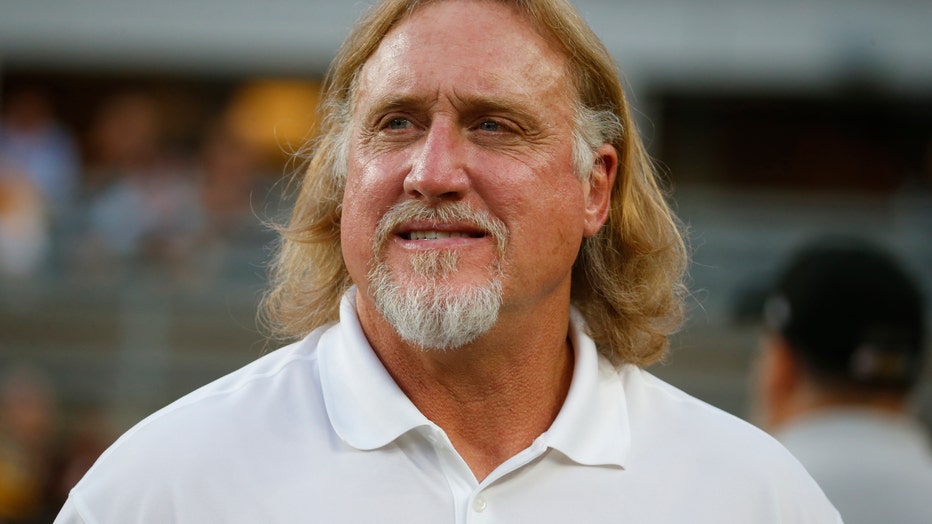 FOX6's Brandon Cruz: "And James, when you were a player, Kevin Greene was a coach on the Packers. What stands out in your memories of him after his passing this week?"

"When I think of Coach G, man, I really just think about a guy that never had a bad day," said Jones. "In this business that we're in, when you're losing, and it's all about winning, and you gotta find ways to win and you can have a lot of days that are ups and downs, man. Coach G was one of those guys who came into the locker room every single day the exact same guy, the exact same energy, show love to everybody, not just his position group, and it's just tough to see him go, man. He was special. I'll never forget that I was having one of those days and I'm in the locker room, like, I don't feel like practicing today. Next thing you know, Coach G comes running through the locker room yelling: 'WE LOVE FOOTBALL! THIS IS WHAT WE'RE HERE FOR!' And I'm like, man, you're right, so many people want to be in my shoes right now and I'm pouting about practice, but that's how he was every single day, and brought that energy every single day. He will be missed, man"

FOX6's Lily Zhao caught up with the two-time All-Pro Monday as he remembered Kevin Greene and looked ahead to the Green Bay Packers' final two games of the regular season.

Led by their star quarterbacks, the Seattle Seahawks, Kansas City Chiefs and Green Bay Packers each had seven players selected to the Pro Bowl.