“It`s been inspiring:” Moved by devastation from earthquakes in Nepal, MU High School students step up to help

"It`s been inspiring:" Moved by devastation from earthquakes in Nepal, MU High School students step up to help

MILWAUKEE -- There is no "I" in team. You hear that often in sports. Students at Marquette University High School have learned that lesson well, and they're trying to help the less fortunate in the process. 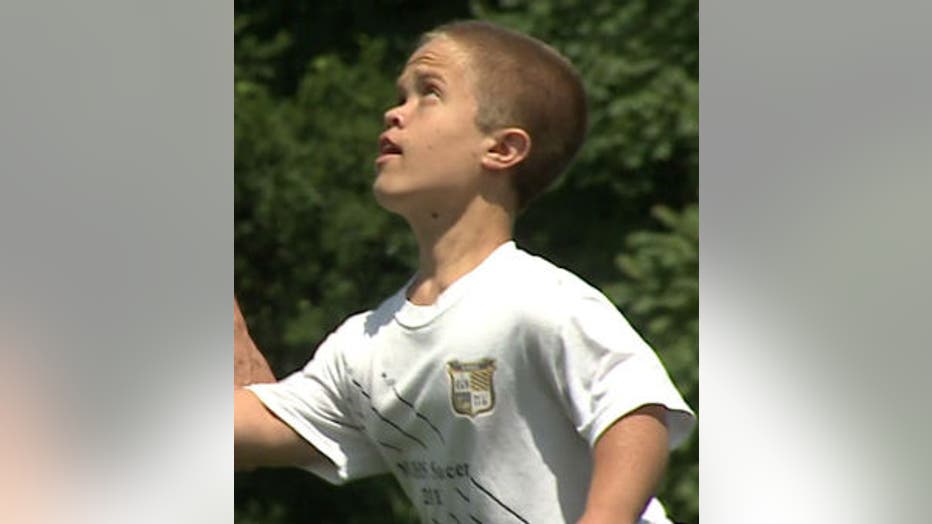 Kevin Cekanor was born with a condition known as Achondroplasia dwarfism. He is a recent graduate of Marquette University High School, and was a member of the Hilltoppers boys soccer team. Cekanor rose above his challenge to win countless medals in the World Dwarf Games, and to help educate others.

"People want to stare. I used to see it as something negative, but it's a positive now -- because they're just curious. They don't really understand like, why you're so different, so it's a great opportunity to tell them what I have and what it's done for me and it's done a lot of positives for me," Cekanor said.

Last month, Cekanor and some of his fellow students were gearing up for graduation.

"In Comparative Cultures, we're really challenged to go beyond the classroom walls and learn about issues and social justice issues and inequalities that are happening in the world,"

Cekanor and his classmates were moved by the devastation that resulted from the massive earthquakes in Nepal, so they were instrumental in setting up a school-wide fundraiser to aid the people there and to help us all realize that there's a world outside the one we live in. 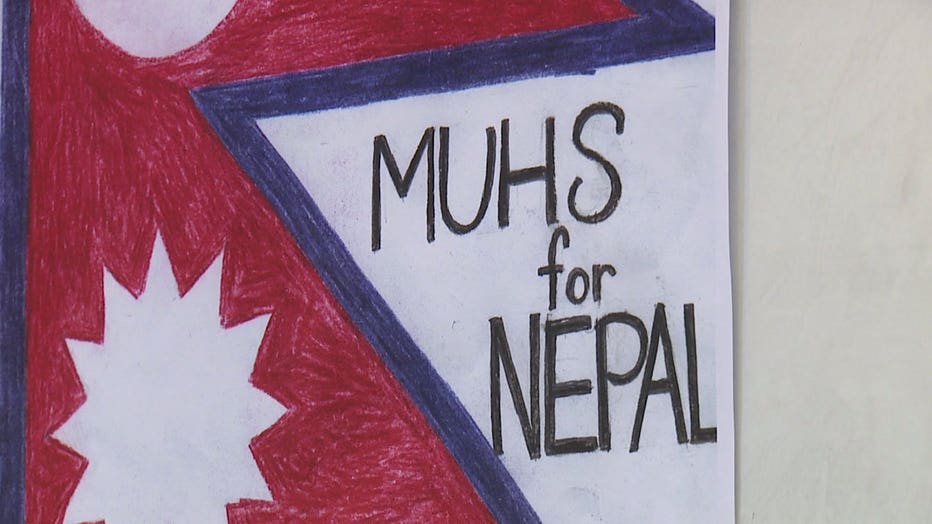 "So many people forget that. They're all caught up in what they want to do in life, and they forget that there's poverty in other countries. There are people on the streets because of an earthquake or a natural disaster and don't have a home, while so many of us are fortunate to go home tonight and have a home-cooked meal. So we just wanted to spread the awareness for a disaster like this," Cekanor said. 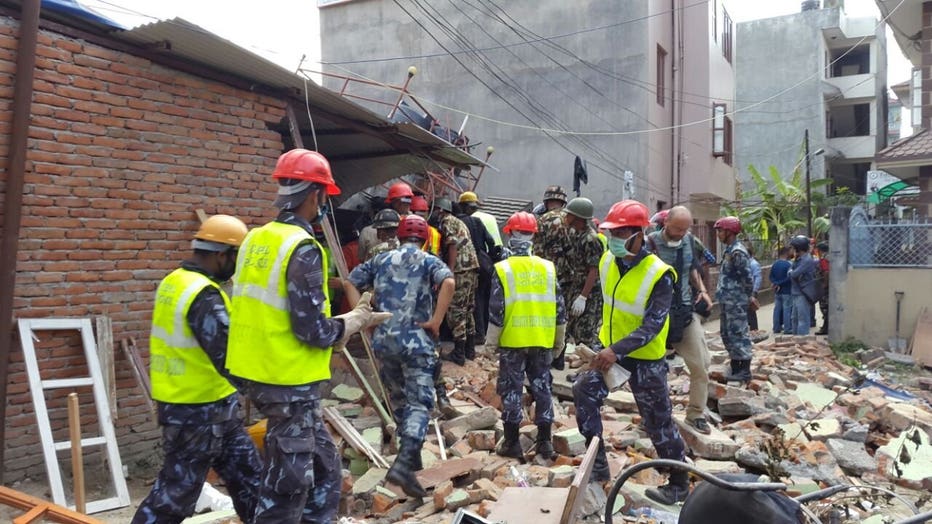 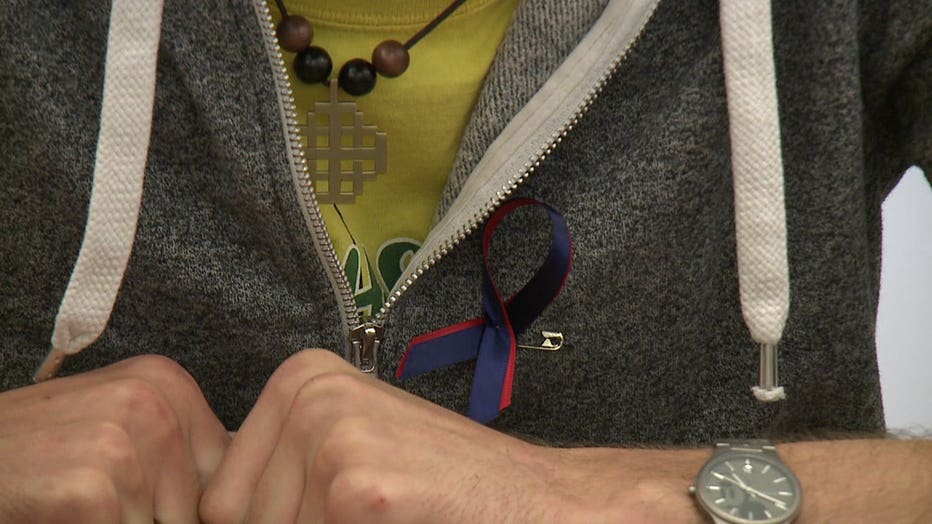 Students were encouraged to fill containers with what they felt they could give to the cause. Instead of buying flowers for prom, many used the money to purchase blue and red ribbons -- matching Nepal's colors.

"It's definitely been inspiring and moving. We're not doing this for snow. It's something that we absolutely love and it's from the bottom of our hearts. It's really amazing to see a whole school get behind a project like this, because it really gives you hope," Cekanor said.

"Just knowing that, like, we raised $2,000 in two weeks and just working hard you can make a difference. You can reach out, and just reach outside your own world to make a difference, which has been like a life-changing experience for me," Evan Woloszyk, MUHS student said.

"When you see the look on kids' faces, or when you watch the news and see the poverty in Nepal or the buildings falling and crumbling, it really gives me a good perspective on what we're actually doing and how this is going to affect other people," Jack Grandelis, MUHS student said.

"I have started to see these people as individuals just like me with the same desires, wants and hopes. And their tragedy that they go through is really heartbreaking. It's really motivated me to do more for them," Eric Schumacher, MUHS graduate said. 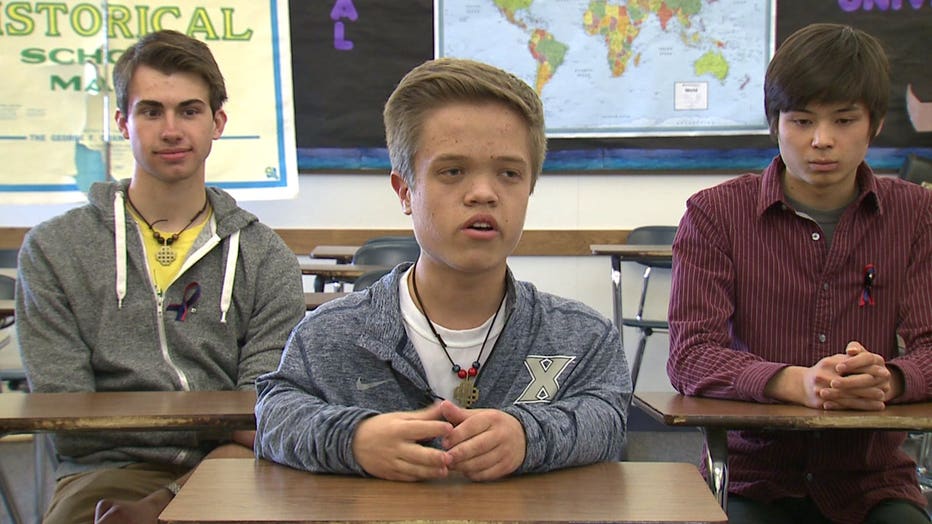 MUHS senior Kieran Fendt grew up in Japan. He lived through the 2011 earthquake and tsunami there. A gifted artist, Fendt drew pictures of the Nepal flag. It was his way of raising awareness.

"It's very satisfying not only to know that the people of Nepal are getting at least a little bit of help from us, but also in the school, just because the posters are up, people know what the Nepalese flag is like, or they can at least locate it on a map because they see it's between China and India. They know the capital and they know that Mount Everest is in the country. Even if it was only that little bit, I was glad that I was able to help," Fendt said. 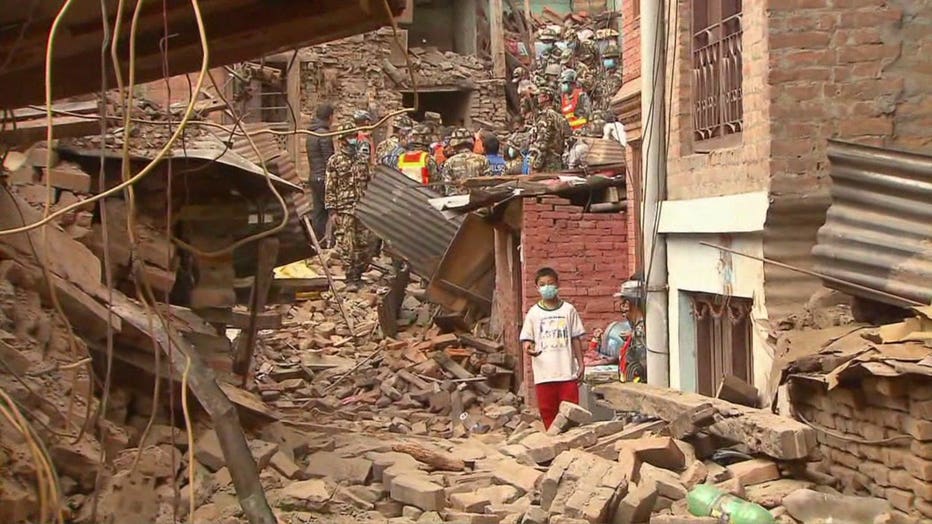 "Everybody in this world is given their own difficulties. It's really an amazing feeling to see when everybody comes together and realizes that no matter the difference or no matter the situation in life, they still have the opportunity to improve someone else's life," Cekanor said.

"This kind of a project, in a way that kids can articulate and how they put their understanding of history and people into practice is a reflection of all that is good in this generation, and it gives me hope for the future," Victoria Temple-Bonesho, teacher at MUHS said. 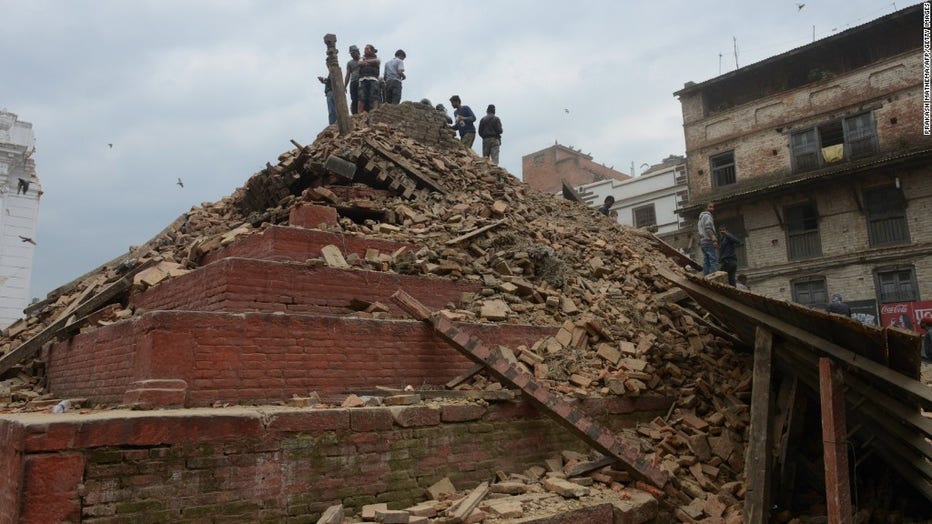 If you'd like to donate to this cause, you can do so in the following ways:

You can make a donation online by CLICKING HERE.