MILWAUKEE -- Opening Day for the Milwaukee Brewers is Monday, April 3rd -- with the Brewers set to face the Colorado Rockies at Miller Park. There are a number of things fans will notice right away as the season begins, including something unique being worn by some of the players.

"It's like a combination of laziness and coolness," Jimmy Nelson, Brewers pitcher said. 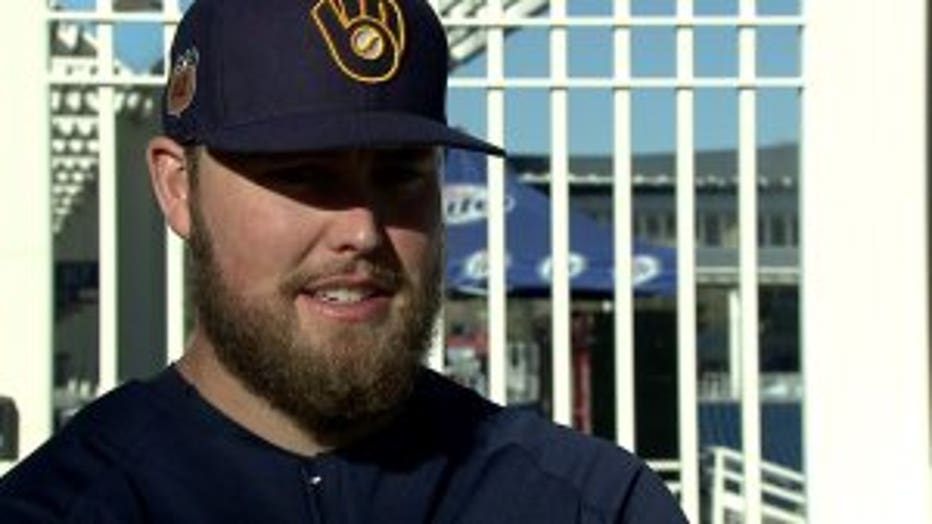 Being a professional baseball player usually requires routine, and spring training is where most routines get set for players like Nelson.

"You wash it, for sure. I mean, there are guys out there that are kind of grimy and just let it get nasty, but, you know, you try to take care of it," Nelson said.

Nelson wasn't talking about making sure his uniform is tidy, or his trusted glove is in good shape. He was talking about his beard.

"This off-season I just tried to work on finding some products that worked, you know, on taming it, keeping it nice and sharp," Nelson said. 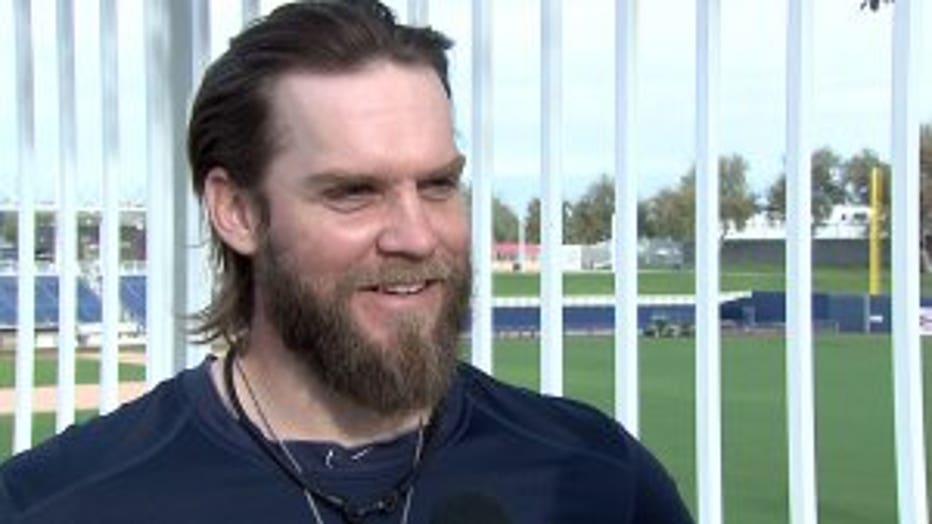 "This off-season I purchased a, some beard grooming stuff. I did some research. You actually have to take care of it. You have to shampoo it, condition it, put all this beard stuff. It's a lot of work. It's a long process, but it's, once you actually do it, it's worth it," Michael Blazek, Brewers pitcher said. said.

As Blazek altered his off-season workout routine, he also made sure to come into camp prepared -- with a new beard game.

For some in the organization, there's no start -- only an end.

"I'm not joining that program. I'd love to take part in it. It just won't happen for me," Craig Counsell, Brewers manager said.

"I'm not participating in the beard competition, but we have a number of players who seem to be growing various styles of facial hair, so they're doing a good job," David Stearns, Brewers GM said.

As Stearns and Counsell snipped off any talk of a beard game, Scooter Gennett, who was with the Brewers for most of camp seemed to be putting his chin out front. 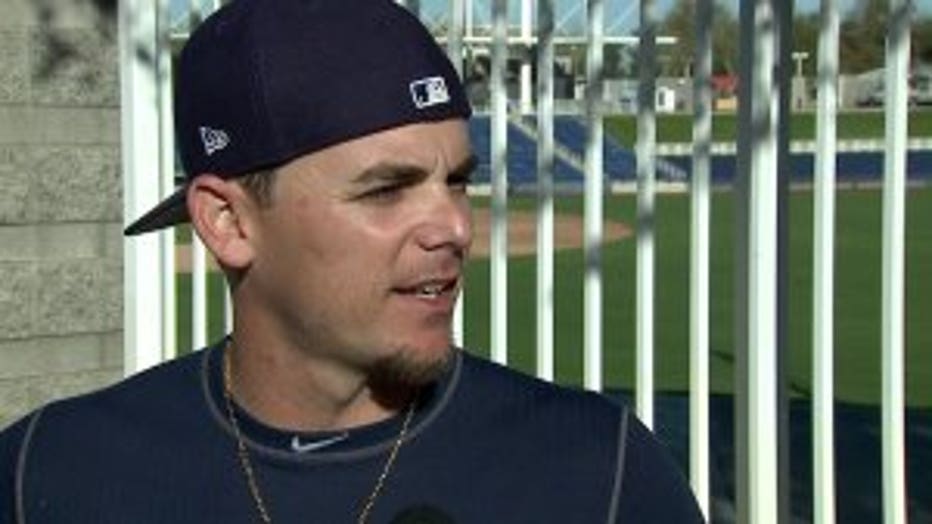 "That's about all I can grow. It's all I've had the past few years. It got a little long this off-season, so I try to keep it short. It looks better that way. It's more professional for me," Gennett said.

Like almost anything that happens in camp, a competition seemed to be growing as fast as the whiskers on one particular player's mug.

"They can determine who the ultimate winner is," Stearns said.

"Thames is the king of the beard game in there. That thing is pretty impressive," Nelson said.

"When you look at Eric's it's like you can't compete with that right now. I've got to, that's like years for me to grow that much. So he's got me beat," Blazek said.

"Man, you can't catch up with Thames, man, that things been going for a long time," Taylor Jungmann, Brewers pitcher said. 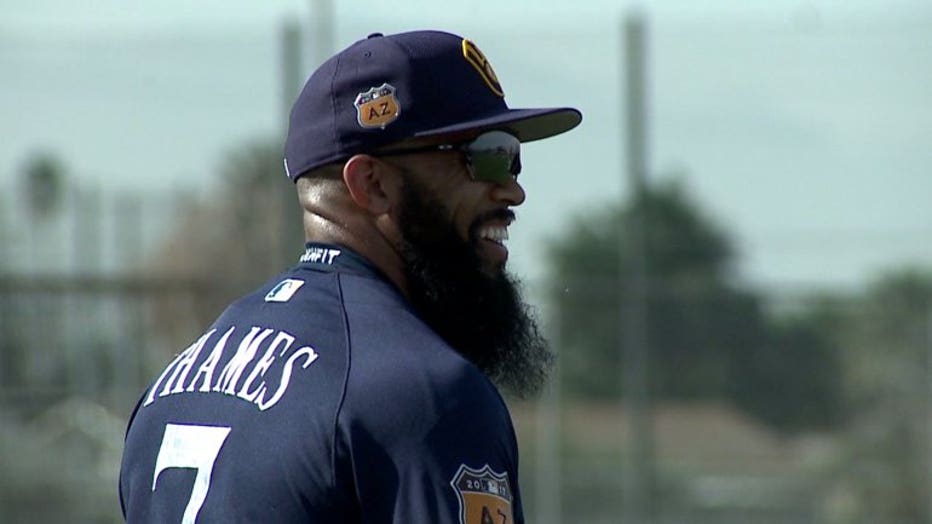 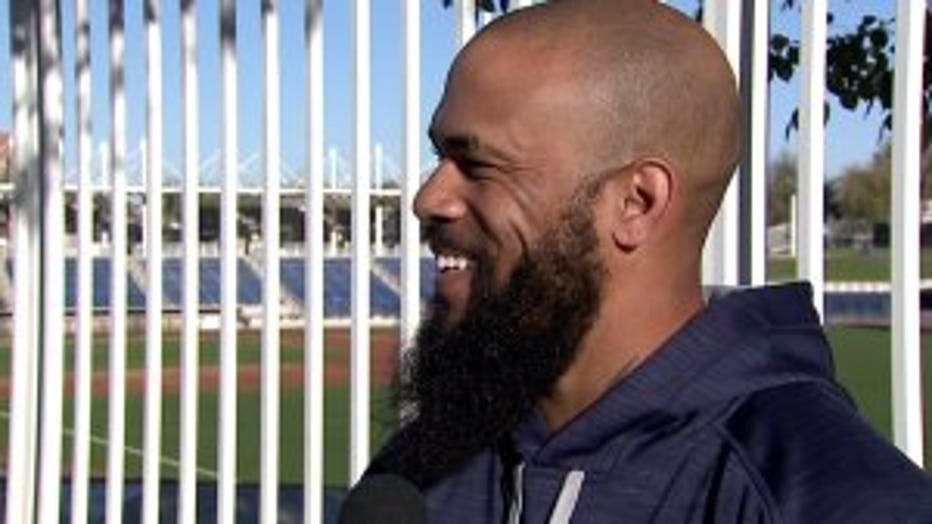 "I'm used to it now. It's weird. I've had it for like four years, so I'm just so used to having it. Like, it doesn't even phase me," Thames said.

While Thames enjoyed the accolades, he said he hopes he can help the growth of this trend.

"It'd be nice if I can get some of the other guys on the team to grow one out too. That would be kind of cool, just having a team full of beards," Thames said.

Jungmann might be the player ready to up his fuzz and learn from the leaders. 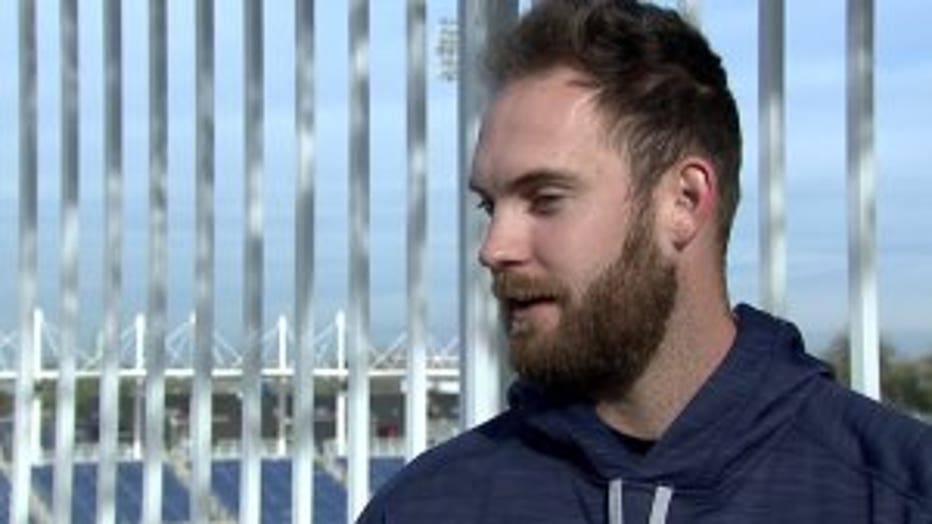 "I think maybe I need to get on that level. I don't know if I'd want to take that much time out of my day to do that, but maybe it's something I'll look into," Jungmann said.

"I think this is one of those teams where, you know, beards are uh, everyone likes it," Blazek said.

"I'm going to have it all year, so hopefully it'll be a topic for a while," Thames said.

It will be interesting to see, come October, who still has a beard and who doesn't and also, if anybody is able to catch Eric Thames.