WEST BEND -- West Bend East High School hosted Port Washington High School in both boys and girls basketball on Friday evening, Dec. 21, and along with the games, they competed in a fundraising effort for St. Jude Children's Research Hospital. 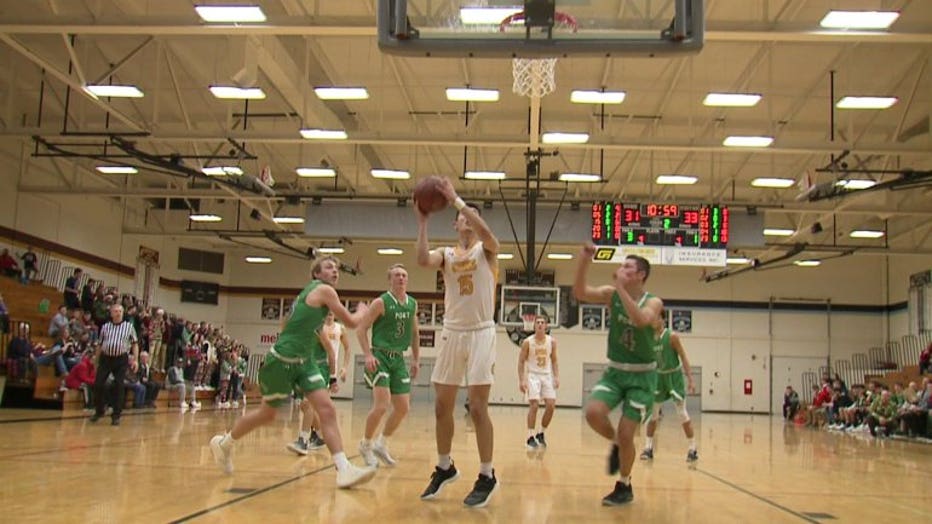 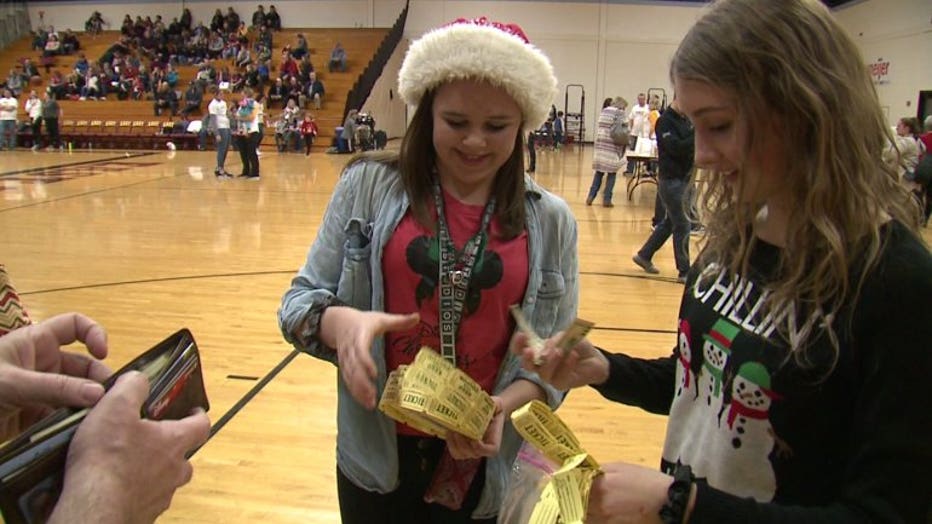 The games being played on the court counted when it came to the standings, but it was the money being raised that meant so much more to everyone in attendance.

"The community from both ends, Port Washington and West Bend, of what we got, has been outstanding -- outstanding," said Denny Ziegler, West Bend East High School athletic director.

The event featured bingo, raffles and a bake sale -- and St. Jude Children's Hospital was the big winner. 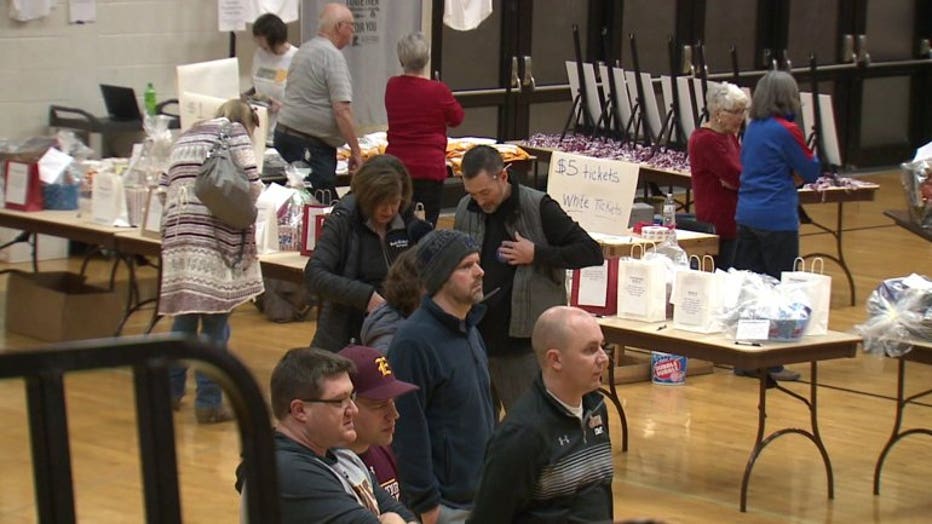 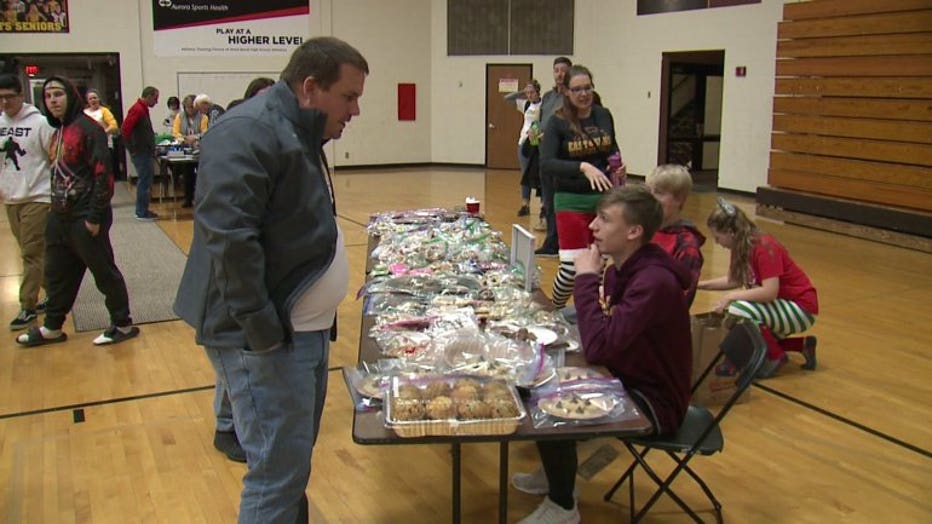 "I signed up to host a St. Jude fundraiser. They wanted to do it in the fall. I said 'I can't do it.' So then, as soon as winter came along, I said 'alright let's do it,' and no better opportunity right before Christmas. It just worked out awesome for us," said Ziegler.

The fundraiser was particularly special for Amy Gagnon, a West Bend School District of employee, and more importantly, the mother of Philip, a boy who has battled cancer. 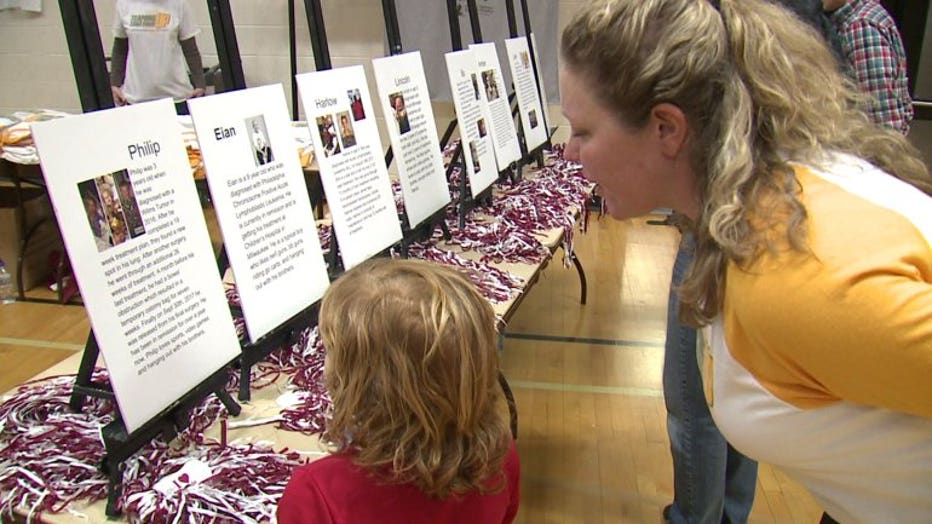 "I thought it would be a really neat idea to get other families involved that live in the surrounding area to show the community how cancer does affect us," said Gagnon. 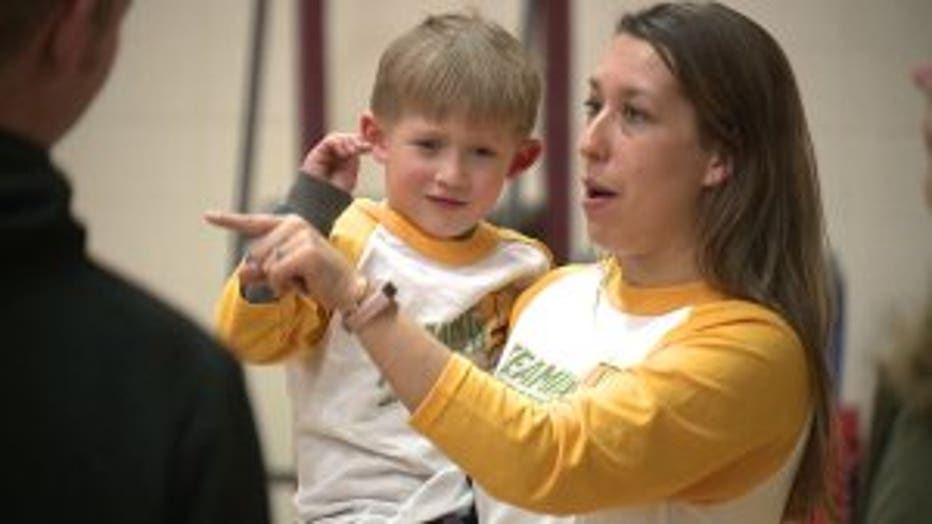 Gagnon's son, along with four other kids who have been diagnosed with cancer, were introduced on the court during the game, and received gifts.

"I tried everything not to cry. It was just incredible. Phil is very shy, and he was out there with the boys. Any time they are honored or showcased and they are brave enough to be in front of all these people, it's just overwhelming and it just means so much. They enjoy it too," said Gagnon.

"He definitely had fun. He gets pumped up about sports games, so it's a good setting for him," said Suchomski. 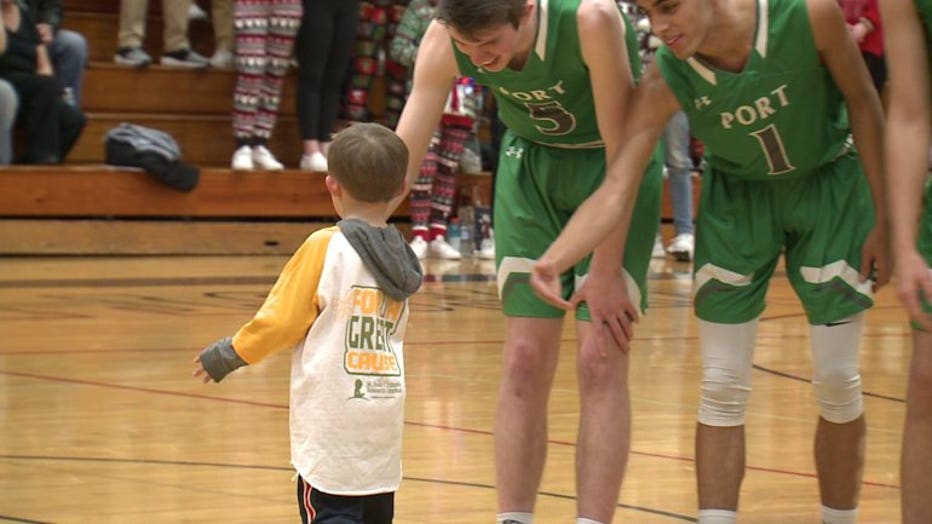 The celebration on the court, along with the other activities in and around it touched the families who are dealing with so much.

"You just really realize how much goodness there is in the world. People really come out and rally behind you. There's a lot of bad stuff that goes on, but then you see this type of thing and you realize that there's a lot of good in the world," said Suchomski. 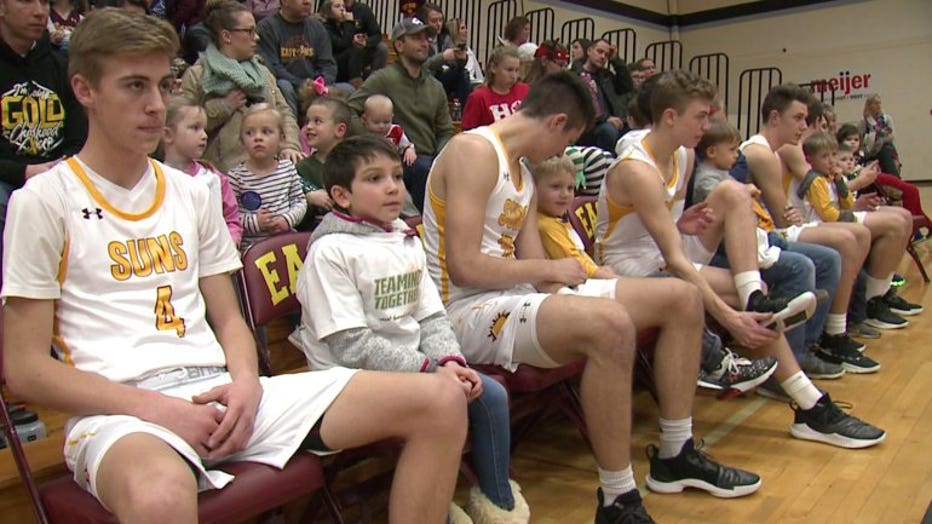 Even the players felt the importance of the event.

"It just shows that it's a lot bigger than basketball, so hopefully we can raise a lot of money for a good cause," said Adam Baierl, Port Washingon High School senior.

It served as an opportunity for the high school athletes to take on a bigger role.

"That's so amazing. I know even when I was a child, I definitely looked up to people who were on the basketball court, so even people with cancer, who might not have the ability to play the sports one day, having the ability to talk to someone who can play the sport -- that's just a really big impact," said Kaytlin Kassens, Port Washington High School senior. 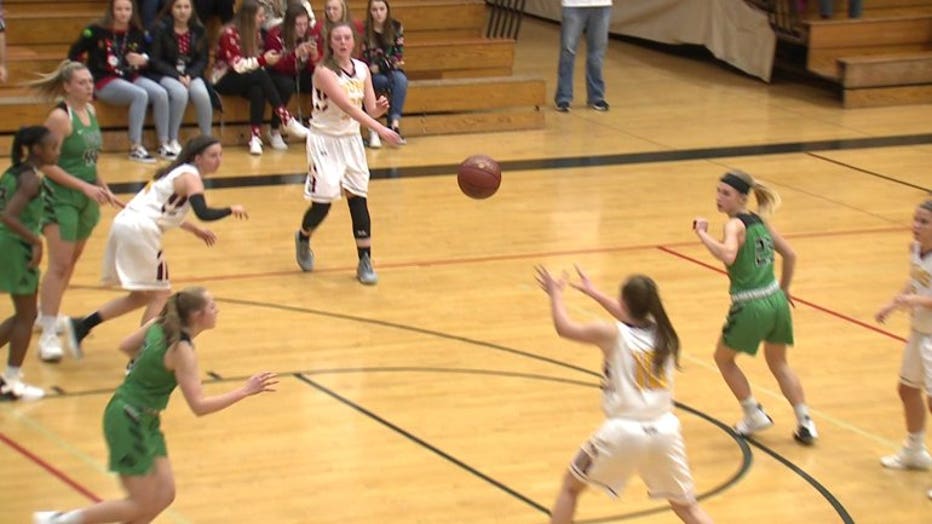 The event had a big impact on 3-year-old Leo Suchomski and his family.

"We had scans on Monday and those were clear mostly, so there's a spot we're going to watch. I think that they are calling it no evidence of disease at this point. so we are happy. Right before Christmas, good news," said Meghan Suchomski. 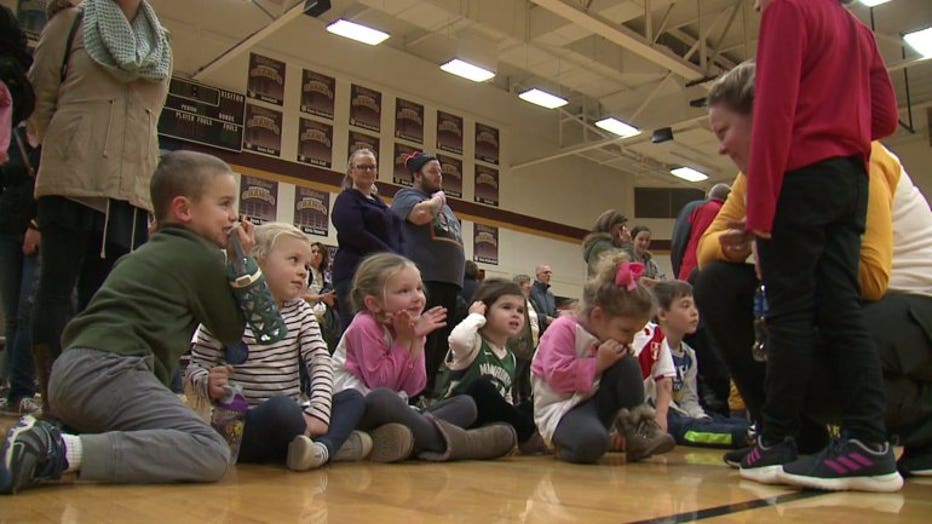 In all, eight children and their families were recognized during this event, but unfortunately, three children couldn't attend because of their weakened immune system.

The numbers were still being totaled, but we were told more than $7,000 was raised.