MILWAUKEE -- A Chicago Cubs fan has made good on his promise to send "apology" letters to everyone who "liked" a tweet he posted in May.

Nathan Marzion posted the following message on Twitter on May 25, 2018:

"As I said before too, if the Brewers finish ahead of the Cubs this year I will write a 1,000 word apology letter and send it to everyone who likes this."

On Oct. 1, he followed up with a one-word tweet: "Unbelievable." He then offered forms for people to sign up to receive a letter. The letters were sent on Wednesday, Oct. 3 -- and the Milwaukee Brewers received one. 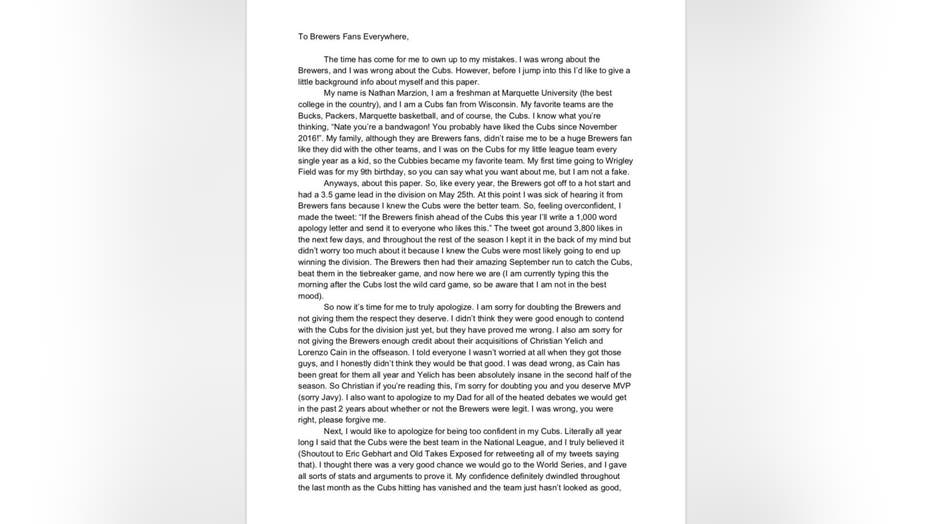 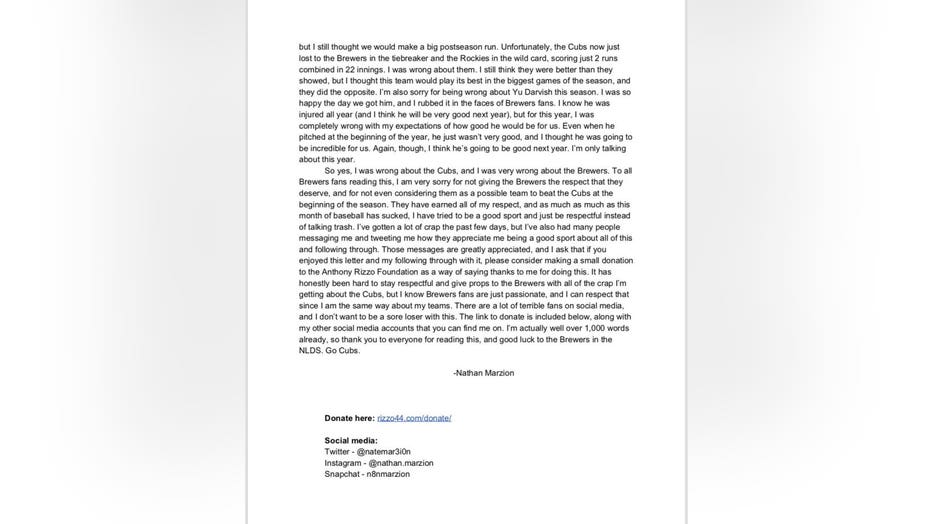 The Brewers posted Marzion's apology letter on Twitter, with the message: "Thanks, @natemar3i0n. We got our letter. We appreciate you being a good sport! Go Brewers!"

The Brewers face the Colorado Rockies in game 1 of the NLDS Thursday afternoon at Miller Park after the Rockies beat the Cubs 2-1 in 13 innings in the wild-card game Tuesday night.