One of Scherr's biggest messages to her team is to push through adversity.

"Make the most of what you have. Yeah, it stinks when you have those tough times, but you just need to focus on the positives," Scherr said.

It is a message Scherr knows all too well. She coaches the defending Division I state champions from her wheelchair.

"I have always said that having to coach from a chair has made me a better coach. I have had to learn to be able to communicate well with the athletes the point I am trying to get across and, you know, the technique," said Scherr. 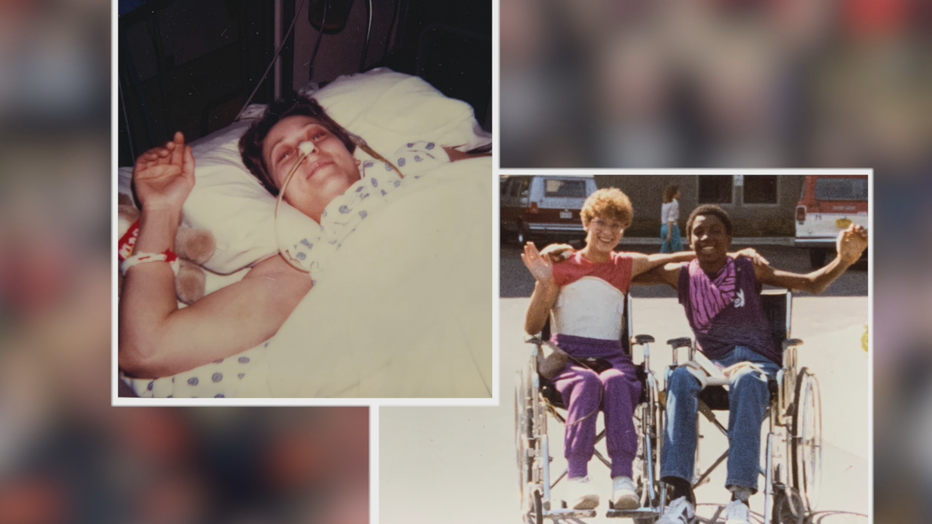 Almost 36 years ago, Scherr was in a car accident that broke her back and left her paralyzed from the waist down.

"I went into a ditch. Hit the front end, and from the impact, the side windows popped out and the sunroof popped out, and I flew out the sunroof," Scherr said. "I was told I would never walk again. I sat back in those early days thinking, 'I really want to keep coaching.'"

Scherr did just that. 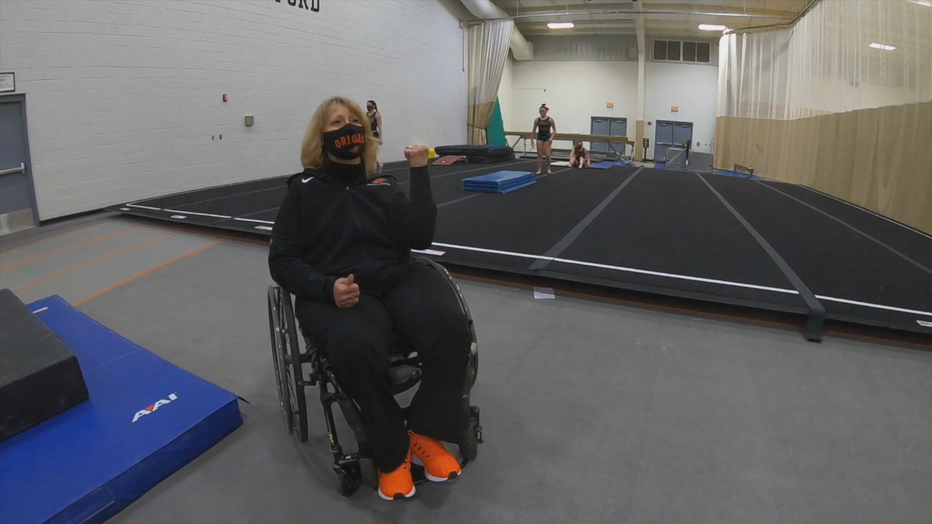 In spite of her accident, she is now in her 33rd year coaching gymnastics. Last September, she was named Wisconsin's Gymnastics Coach of the Year by the National Federation of High Schools.

"With that state title last year and just looking back and thinking, had I given up, I would have missed out on so much. Just all the great kids I have had the opportunity to work with," said Scherr. 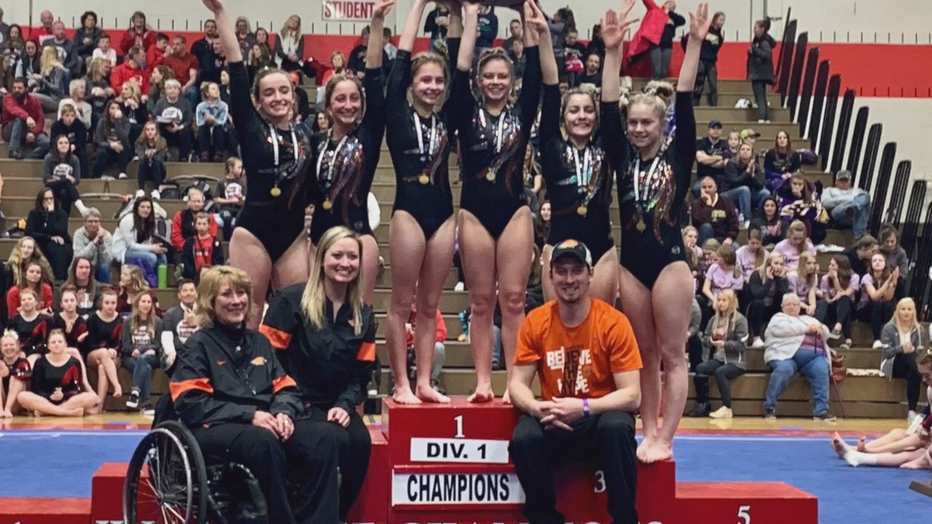 Scherr's success is something that her two kids, Bobbi and Michael, knew would come. Both are assistant coaches on the team.

"My mom is such a great coach and a great mentor," Bobbi Scherr said.

"Where she has got to be, it is all verbal out of her. Knowing each technique and how to teach it in different ways. Yeah, it is impressive," said Michael Scherr. 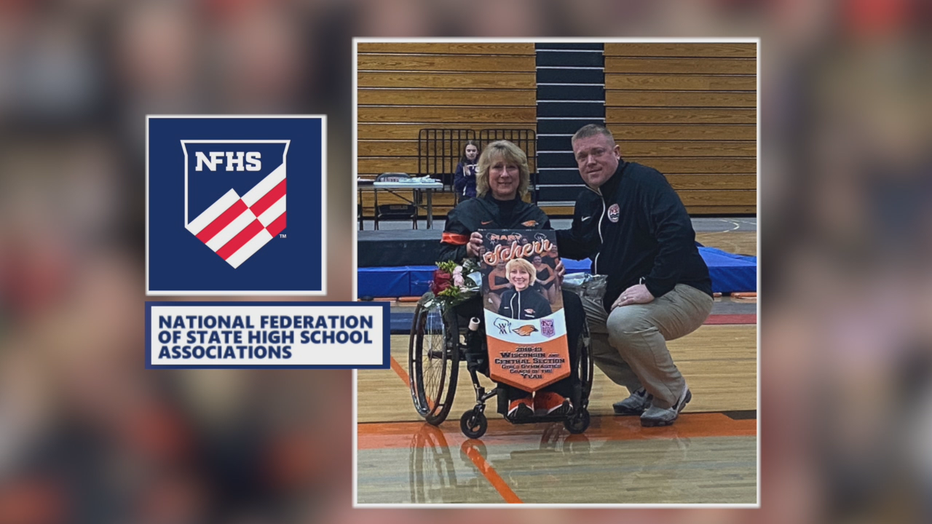 Indeed it is, and Scherr has had to adapt to coaching in a different way.

"It is a whole lot easier now because I can grab the iPad. I can video them and sit there and slow-motion it and say, 'okay this is the body angle,'" Mary said.

Now, there's an extra hurdle to clear with COVID-19 protocols. However, this unique season is nothing Scherr can't handle. 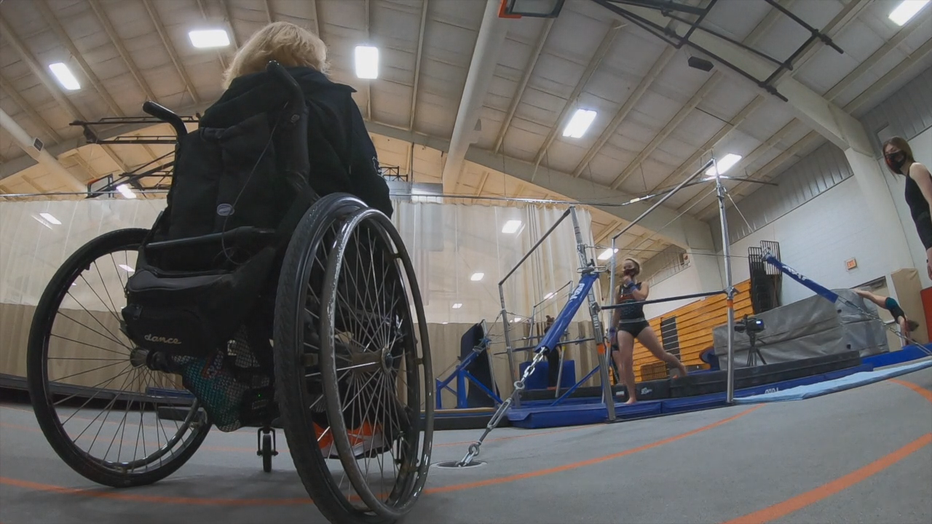 "I just think she’s just an awesome example of pushing through no matter what, just not even only in gymnastics but in life," said Bobbi.

And there's no place she'd rather be, than right where she is.

"Coaching for me is more of my therapy than a job. It gives me a reason to get out of bed in the morning and do something with my life. It has probably given me much more than I have given it," Mary said.

Hartford begins its gymnastics season on Dec. 10 against Cedarburg-Grafton.

At the age of 32, with a husband and two children, Memmel is back in her family’s New Berlin gym, training for a possible spot on the 2021 United States Olympic team.

Double hip surgery provided a lesson on perseverance for one high school hockey player. He's now back playing the sport he loves.