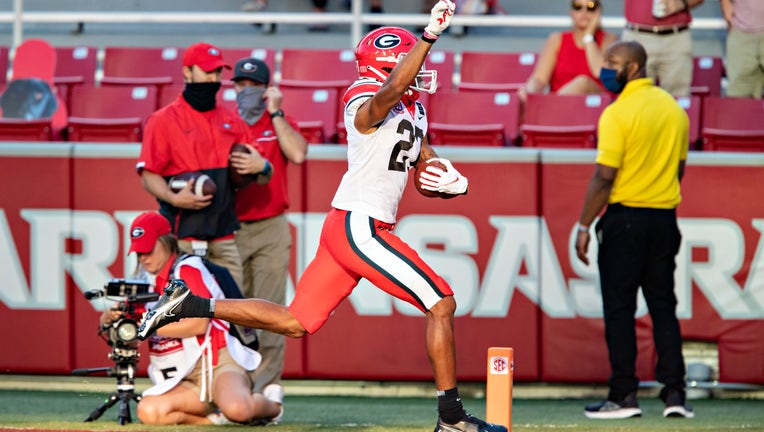 Stokes played 36 games over three seasons for the Bulldogs. He had four interceptions in his college career and was named first-team All-Sec in 2020.

Stokes becomes the third cornerback drafted by the Packers in round one since 2005. Most recently, the team selected Jaire Alexander in the first round of 2018.

While Alexander has emerged as one of the NFL's top cornerbacks, the Packers' need for help at the position was on display in their last game of the season. Green Bay allowed Tom Brady to throw three touchdown passes in the first 32 minutes of an NFC championship game loss to the Tampa Bay Buccaneers.

Green Bay addressed the situation by re-signing 2017 second-round pick Kevin King, but he’s struggled with injuries throughout his career and missed five games last year. Stokes should help in that regard.

The Packers have nine picks remaining in the draft. Rounds two and three will be held Friday, followed by the final four rounds on Saturday.

Green Bay Packers quarterback Aaron Rodgers is "disgruntled" and allegedly does not want to return to the team, according to ESPN NFL insider Adam Schefter.