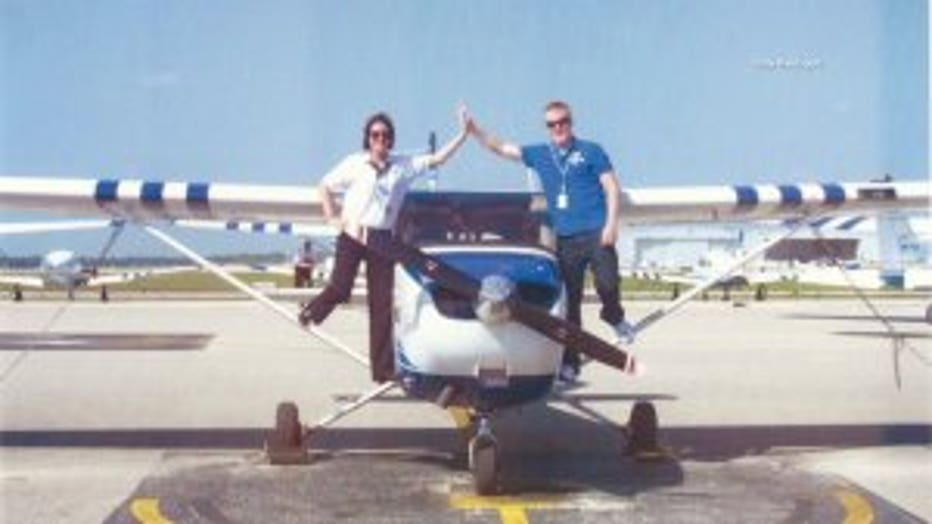 HARTFORD -- If you're ever lucky enough to have a caddy for a round of golf, you want one with the calm of a military pilot, and the eyes of one too. One caddy has those attributes, with good reason.

"I knew I wanted to fly from an early age," said Cody Biedrzycki.

Growing up in Burlington, the allure of being a pilot propelled a young Biedrzycki to reach for the sky.

"I sure made every effort to make that happen," said Biedrzycki.

He earned an aeronautical science degree from Embry-Riddle Aeronautical University. Commissioned as a second lieutenant, he made it into a flight slot with the Wisconsin National Guard. 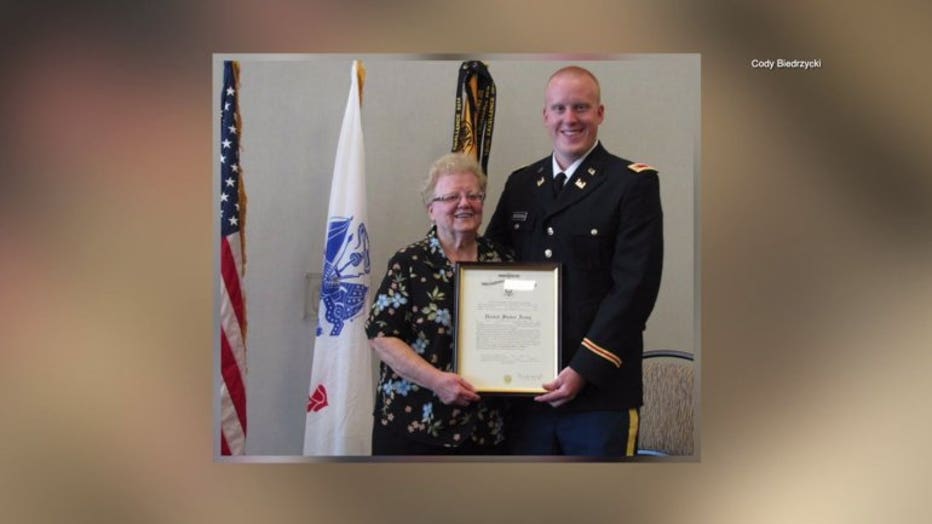 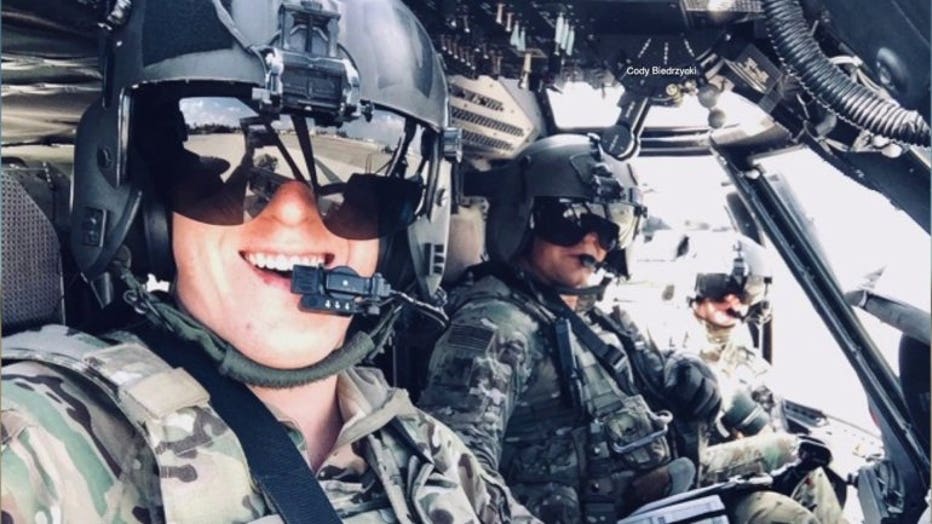 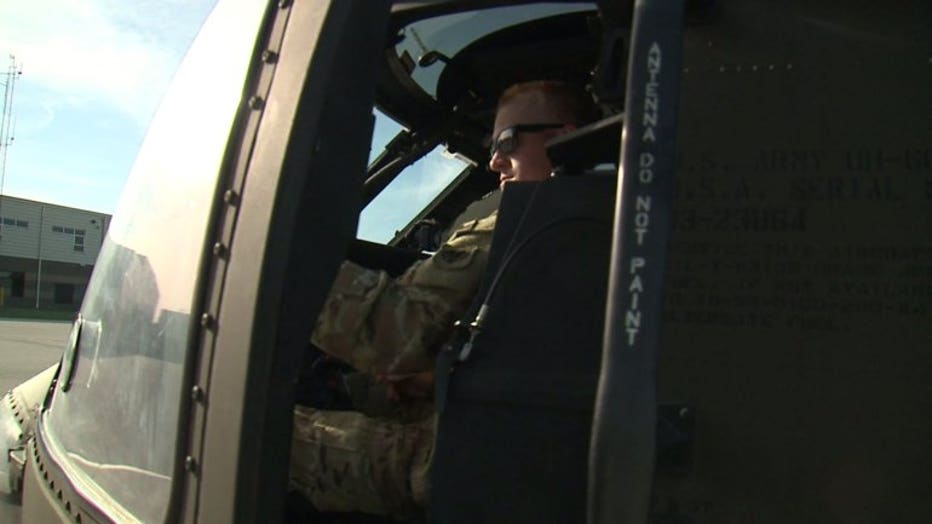 "After graduating from flight school, I went back to my unit. I progressed as an aviator and I deployed with a unit overseas," said Biedrzycki. 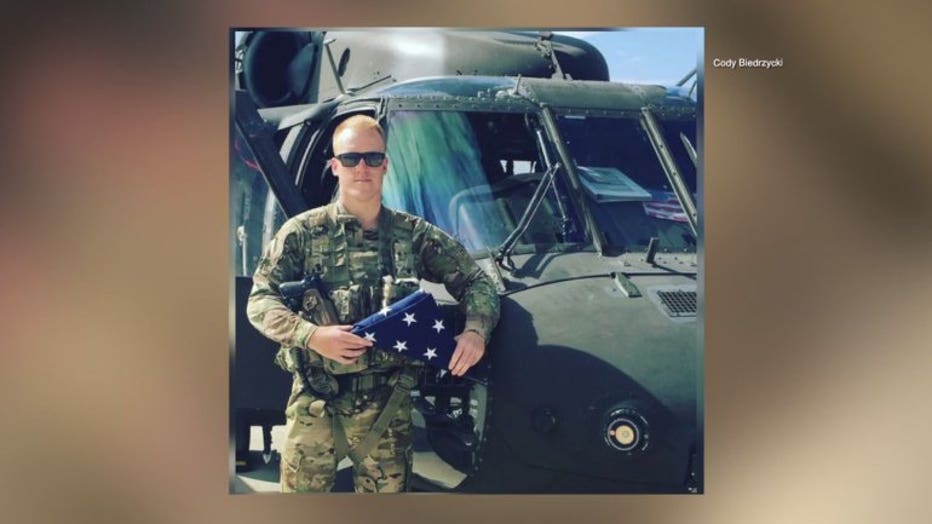 While on deployment as a helicopter pilot in a remote place, an oasis of sorts appeared.

"There was a little 9-hole golf course," said Biedrzycki.

Unlike his pursuit of being a pilot, golf had never really been a passion for Biedrzycki, but that quickly changed.

"I saw a different side of it and I just really fell in love with it," said Biedrzycki.

His new passion emerged, and so did his ability to relax.

"I was able to rest mentally-wise and come back recharged at work with the determination to get the mission of the day done," said Biedrzycki.

However, the equipment there was limited, prompting Biedrzycki to act.

"I reached out to Erin Hills (Golf Course) and John Morrissett replied immediately to me, asked us what we need. I just said the simplest things, just a few clubs," said Biedrzycki.

"John got the golf hats, golf balls and all that ready to go. We got that sent over, but we didn't have the golf equipment," said Alex Allister. 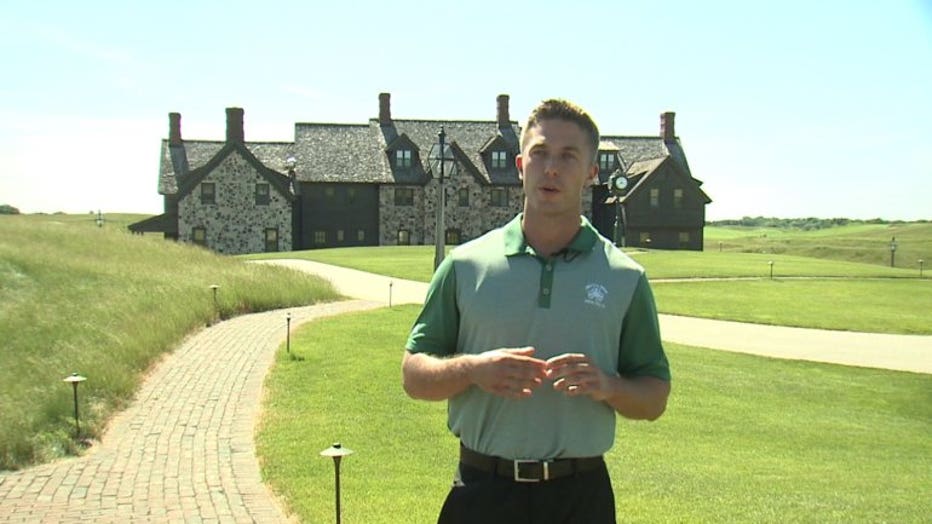 "Once we got the email from Erin Hills, there was a no-brainer for us," said David Cohn, executive director of the First Tee of Southeastern Wisconsin.

Cohn took it from there. 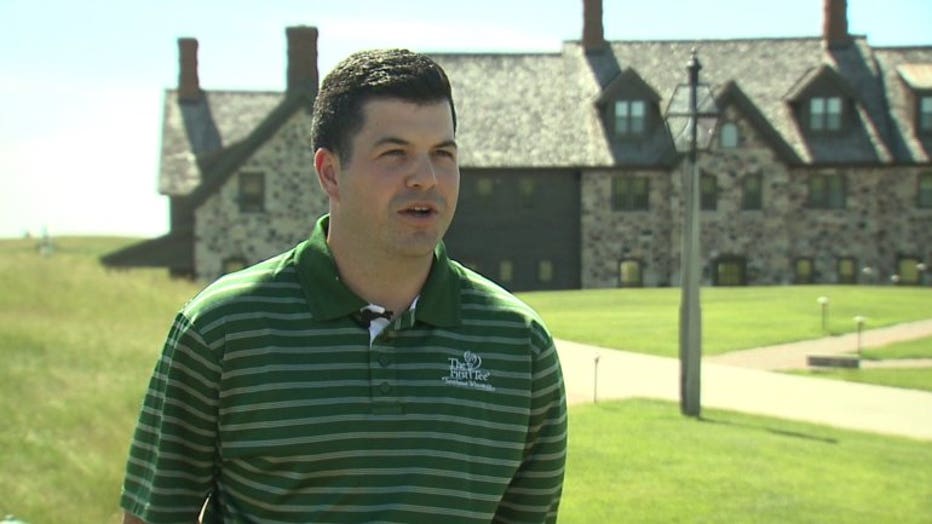 "What a great way to connect the dots and show respect for the troops that are serving our country overseas other than sending some golf clubs over there where they can enjoy the game from where they are," said Cohn. 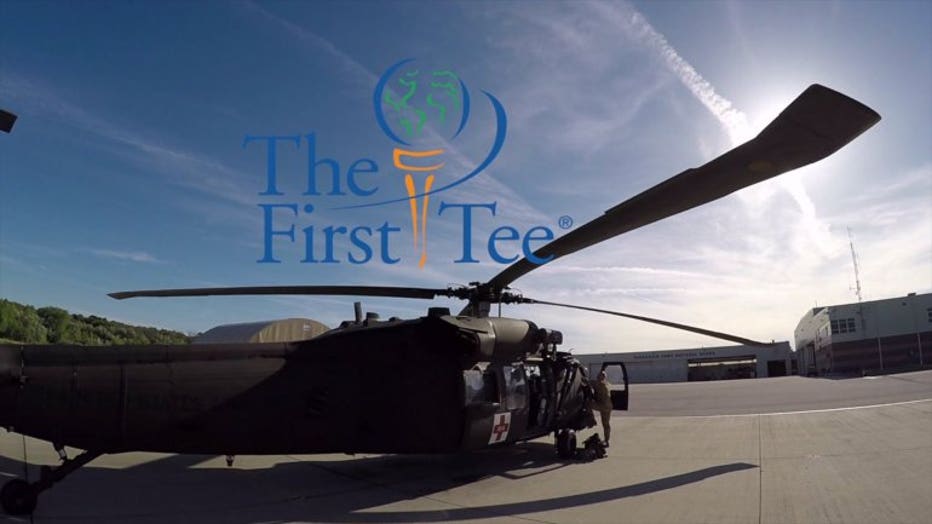 "When the clubs arrived over the counter, I was pretty excited, but I think I was more excited when I brought the clubs into our center there. Everyone opened up and took a couple of swings outside and I saw a different light in everyone's eyes. It was more than I could ever expect and ask for. There's more smiles on faces of soldiers than I could ever tell you. It was a little bit of Christmas in a remote place," said Biedrzycki. 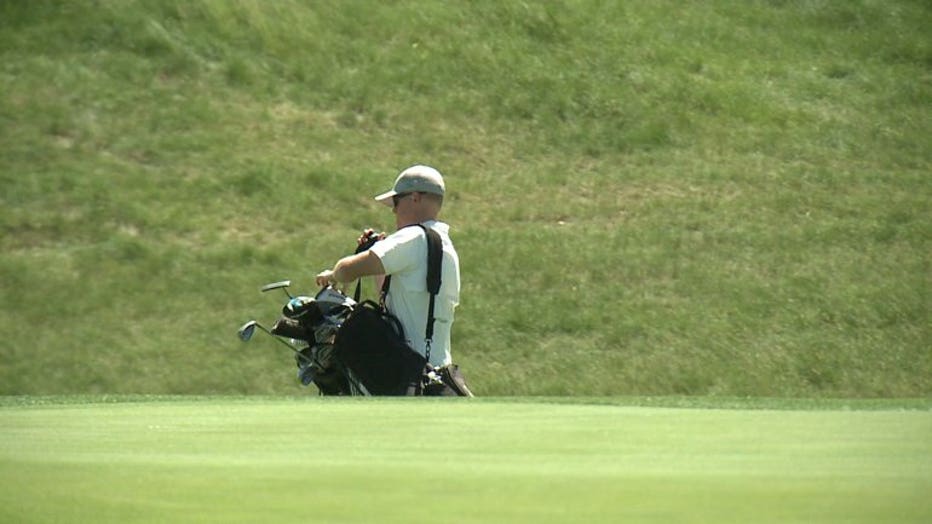 After returning home, Biedrzycki added another uniform to the fatigues.

"I saw a job and I applied for it," said Biedrzycki.

Biedrzycki is now caddying at the home of the 2017 U.S. Open. 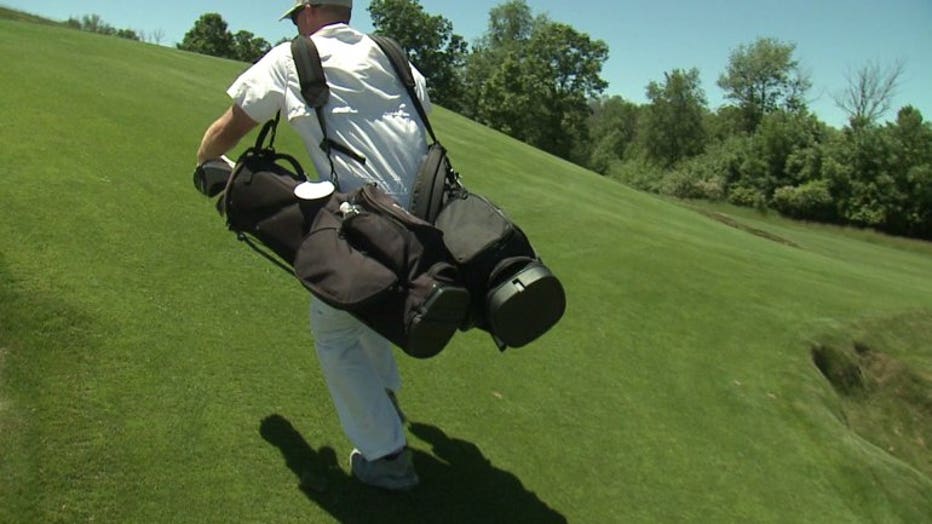 "You're walking up and down hills. You're giving reads. You're getting guys out of sticky situations, and when you can really improve their game by six to eight shots and read a putt and have them read the putt correctly and have them right in the cup, you see their face light up. It's awesome. It's one of the greatest feelings," said Biedrzycki.

A first lieutenant pilot and platoon leader at the National Guard in Madison, Biedrzycki is still creating smiles overseas. 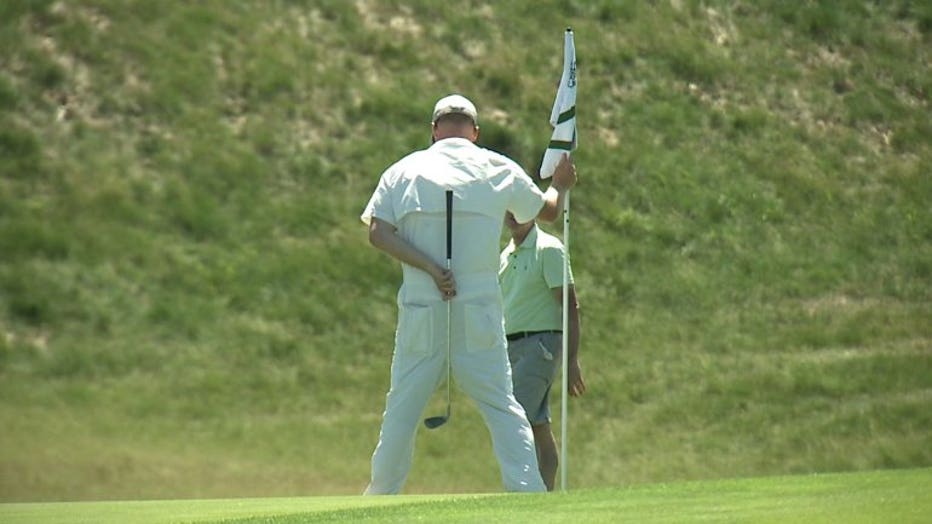 "All the equipment that we received from The First Tee and of Erin Hills, that still remains up in the location for the replacing unit, and then they plan on handing that off to the next unit that replaces them," said Biedrzycki.

And it won't stop there.

"As I move forward I know that me, personally, I'm going to make every attempt to take all my used clubs and send them to a random address overseas just because I know what it's like. I know what it felt like to receive those things," said Biedrzycki. 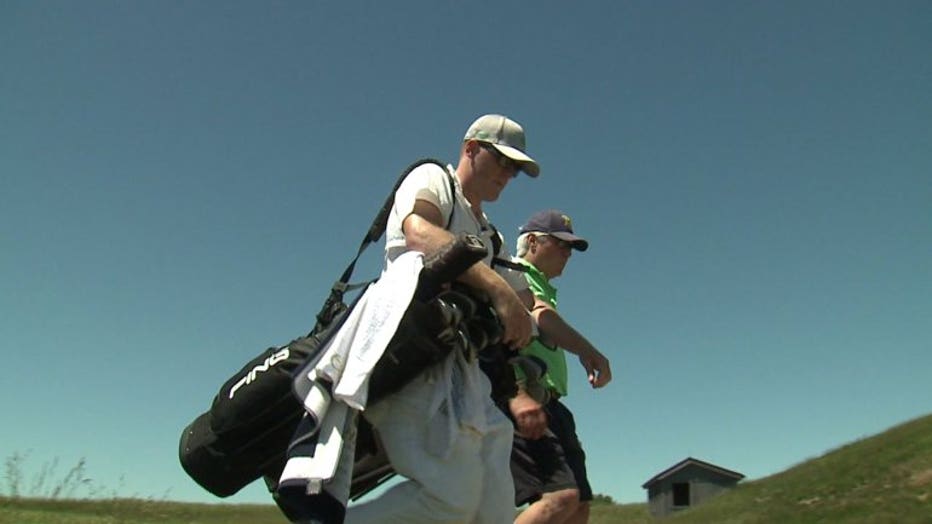 If you play at Erin Hills, you can request Biedrzycki to caddie for you. He says flying and golfing are similar mentally, each helping him with the other.