Feed My Starving Children: Brewers players, fans from WI pack boxes in AZ for folks around the world

Feed My Starving Children: Brewers players, fans from WI pack boxes in AZ for folks around the world

PHOENIX, Arizona -- In the valley of the sun, there is more than just baseball this year during Milwaukee Brewers' spring training. A program has players, fans and others warming the hearts and filling the stomachs of those in need around the world. 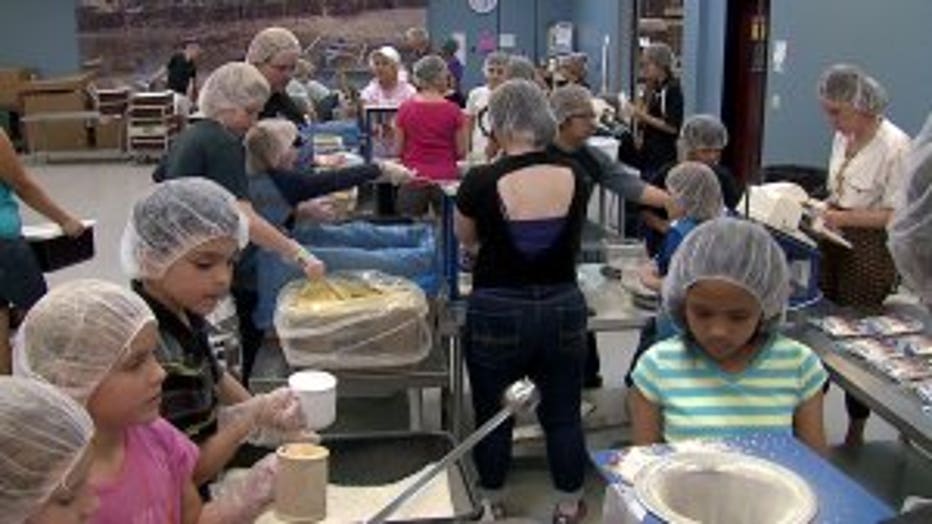 "It's incredibly fun. We play the music. It gets really competitive. There's literally a sense of teamwork at each of the tables as they compete with one another to pack the most boxes. It happens very, very quickly. It all ends too quickly. Usually when we wrap up at the end of the session people are like 'oh, we're done already. I can't believe it. 'And it's really exciting because at the end we do a wrap up where we let you know how many children you fed for an entire year just by your two hours of effort," Janine Skinner with Feed My Starving Children said.

Twenty-five miles across the valley from Maryvale Baseball Park, in Mesa, Arizona, volunteers packed as many meals as they could over a two-hour period. Those meals would then be sent to those in need around the world through the organization Feed My Starving Children.

"It's a small bag. It consists of rice, dehydrated soy for protein, and dehydrated vegetables and a vitamin mineral mix. This year alone we'll be packing and shipping 270 million meals nationwide that are going to be going around the world. And 99.6% of those meals will arrive safely," Skinner said. 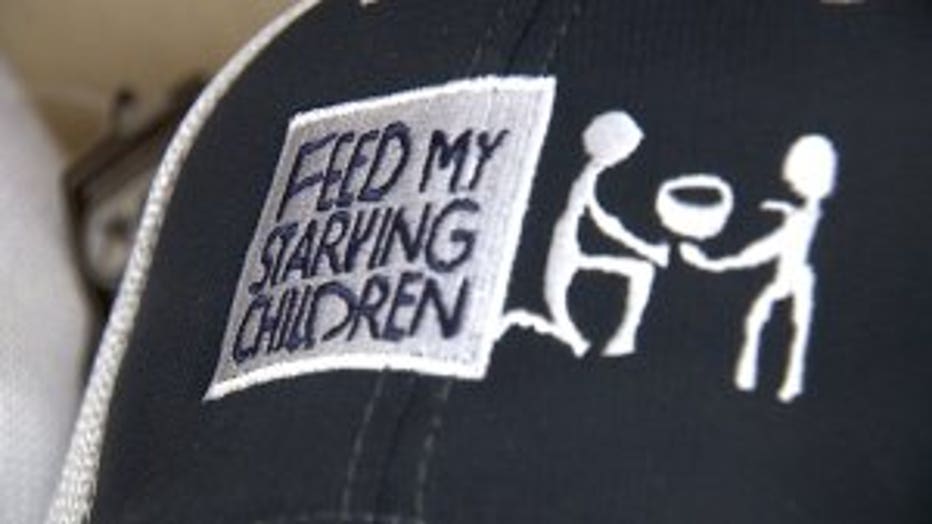 Skinner, the development advisor for Feed My Starving Children said she recognizes the positives when sports fans volunteer.

"We love when people get in our packing room and get competitive because it helps us pack more food and feed more kids. So we love that mentality," Skinner said.

"We want to get as many boxes as we can because we're table five," Jennifer Jackman said. 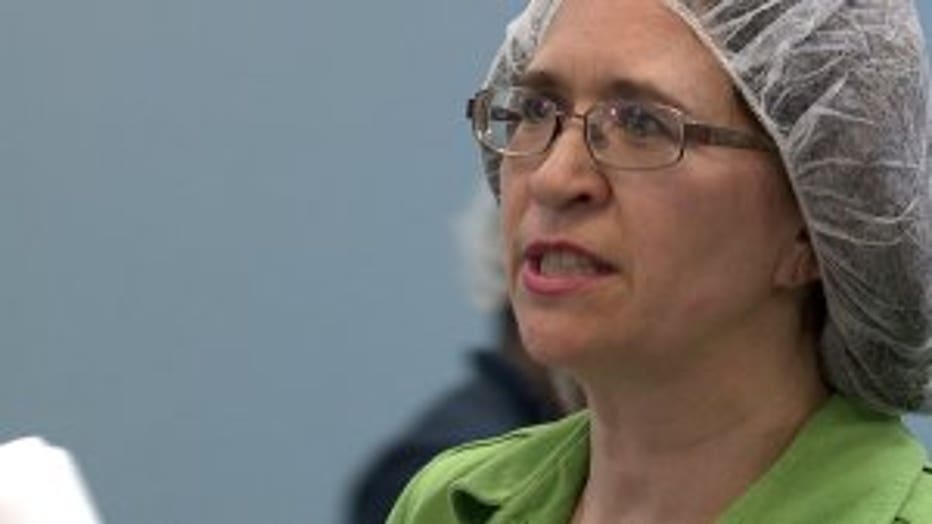 Jackman is a Wisconsin native and valley resident who is a veteran volunteer with the organization.

"It really was instilled in me back in the Midwest. Whatever you can do, whether it's Feed My Starving Children or write a check or help out your neighbor -- that's what we do. That's what we do as people born and raised in Wisconsin. It's our second nature," Jackman said.

Jackman recruited another Wisconsinite -- Shelly White and her kids.

"It's important to model for the kids what kind of light you want to be in the world. To steal one of Jen's favorite phrases, I tell my kids 'to whom much is given, much is expected,'" White said. 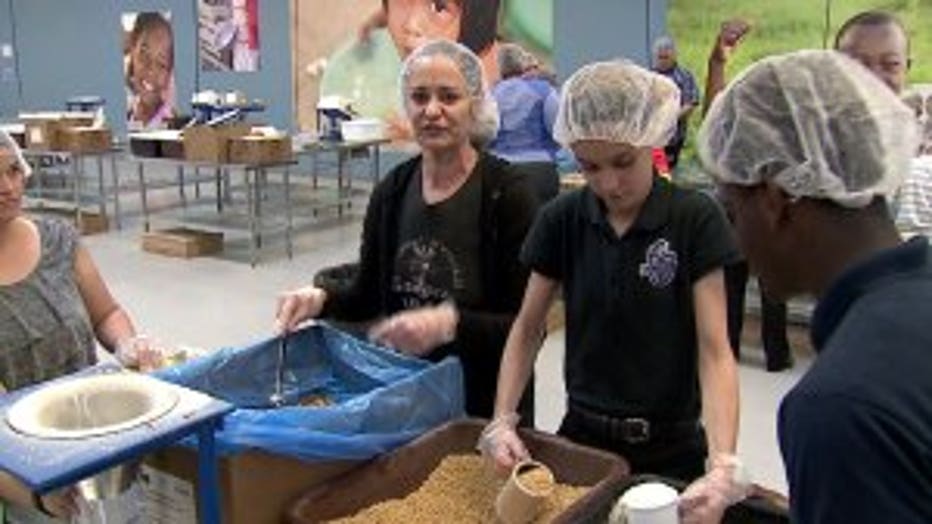 Much has been given to Brewers pitcher Chase Anderson. In return, he gives back with his family -- most recently to those in need in the Philippines with the help of Feed My Starving Children.

"When we get there it's like 'OK, let's help these people out as much as we can.' And to feed those people, we can put a smile on their face, you know? Having a full belly at the end of the day, I mean, that just means the world to you," Anderson said. 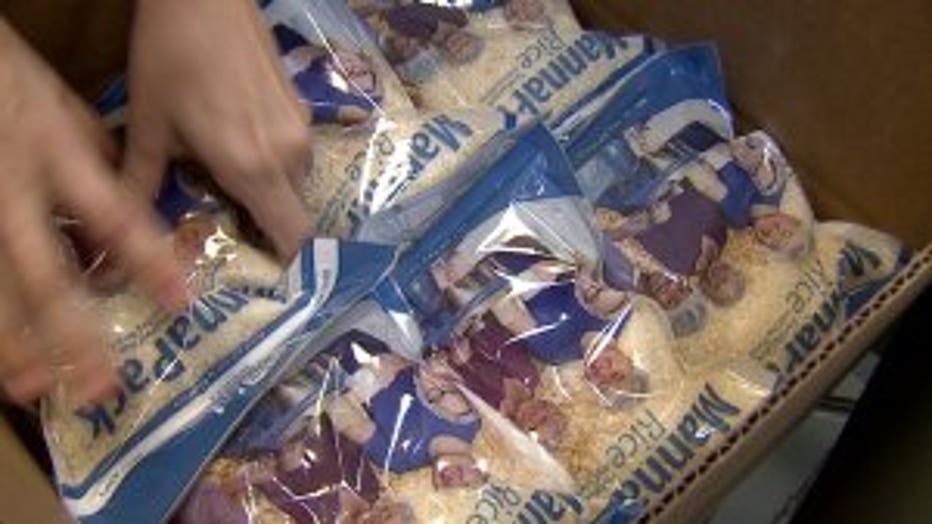 "One hour can make your day, your week, absolutely. Spread the word. If it's in Wisconsin, go back and volunteer there too," Jackman said.

Anderson has gone to help out in the Philippines twice and plans on returning again.

CLICK HERE to learn more about Feed My Starving Children.

The national organization has 16 events scheduled in Wisconsin from April through October. 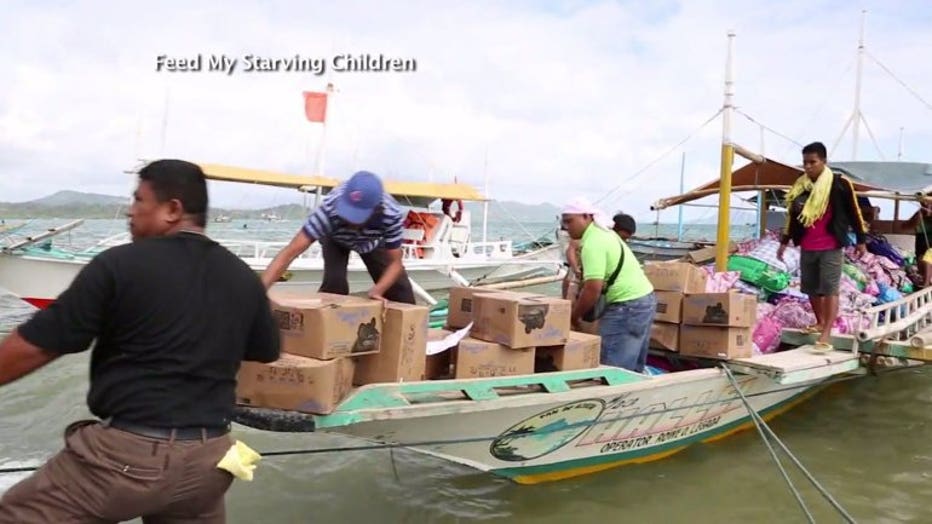