Being a three-sport athlete requires a lot of hard work and dedication and one senior from Divine Savior Holy Angels High School took that challenge head on only to find herself on the national stage.

MILWAUKEE - Being a three-sport athlete requires a lot of hard work and dedication and one senior from Divine Savior Holy Angels High School took that challenge head-on only to find herself on the national stage.

It's hard to find someone busier than Halle Quadracci.

"They all kind of overlap," she said.

"At one point, there's three sports at a time," she said.

That type of dedication requires an intricate dance of balancing school and sports. 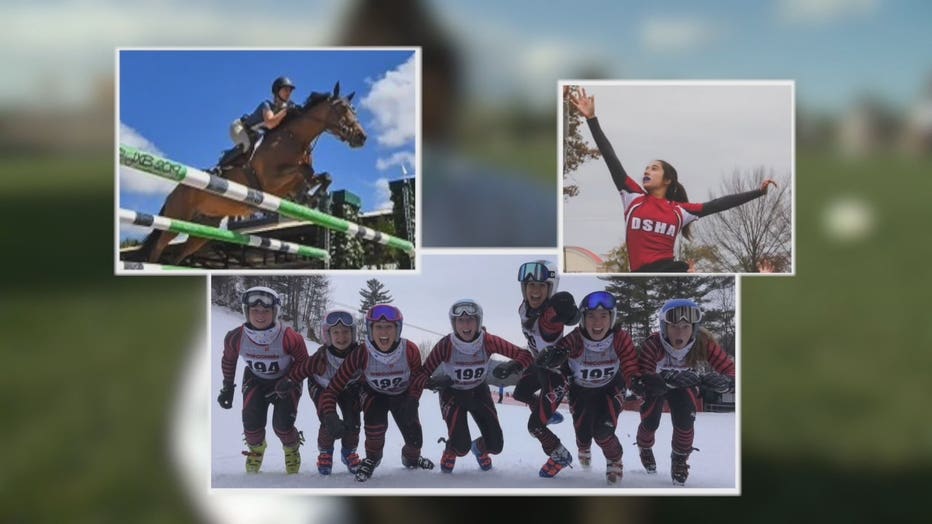 "It's been really hard," she said. "I mean, I kind of, I picked up strategies to kind of compensate my school life. The reason that I build up my schedule so much is because I genuinely love doing all of these things."

That hard work has paid off. Not only is Quadracci a national competitor for the widely-acclaimed DSHA rugby team which has won multiple Midwest, state and national titles. She's also competed on a national stage in horse jumping.

"I went to two national competitions," she said. "One was in Washington, D.C. and one was in Harrisburg. At one of them, I think I placed top 15."

You can't forget downhill skiing, where in addition to winning state twice as a team.

"A couple times I've gone to junior championships out west in Colorado," she said.

These are all accomplishments she doesn't take for granted.

"I do have this hook in my room that has all of the medals from skiing, riding and rugby that're from a state or national championship," she said.

Even with three sports so different from one another, Quadracci can see the similarities. 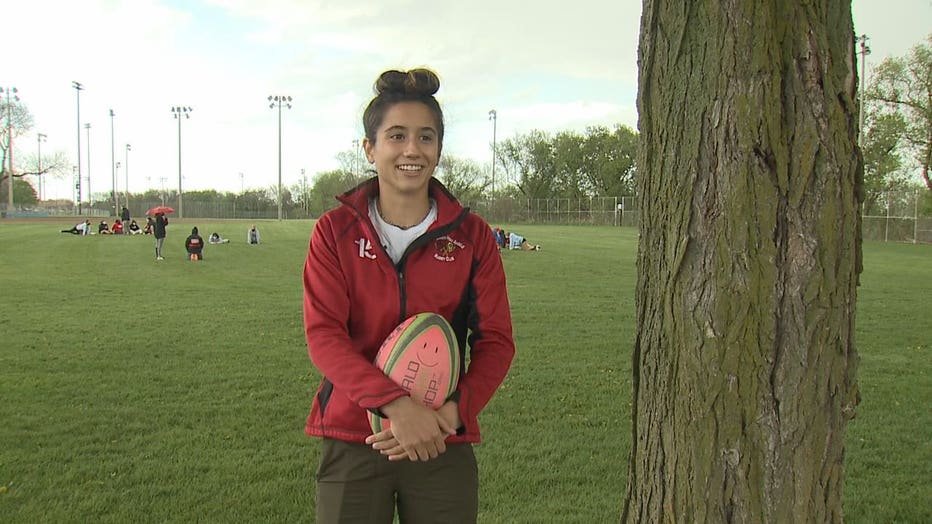 "They all affect different muscles in your body, different motions and some of that carries over to other sports, so for riding and skiing, my quads have been strong so that also helps me with rugby," she said. "I've just noticed like, different patterns overlapping, so it's just not as difficult as it sounds to, even though they're so different, they all kind of contribute to one another."

That's allowed Quadracci to stick with all her sports, and right now, she's focused on her favorite of the three, rugby.

"I really like the aggression, you know?" she said. "There's just so many parts to it. It's very intricate. You have to use like, parts of your mind and your body. It keeps me fit, healthy, happy and I just love the dynamic."

With time winding down on her senior season, the multi-sport national competitor is soaking it all in.

"I was kind of preparing to be competing at the collegiate level for rugby, but now that I'm not, you know, it's kind of all up in the air, so I'm just trying to enjoy these last few months with my team," she said.