"This is the birthplace of NASCAR," said Jamie Little, NASCAR on FOX announcer and reporter. "There's just an energy when you come to a venue, an event like this – where I know a couple of times on Sunday, I'll stop, and I'll look up and just look up at the fans in the stands. It's just incredible, and you pinch yourself in those moments."

The veteran announcer and reporter will be in the middle of it all, and the momentum building toward this season is like none other.

"It just feels like everything is normal again," said Little. "We've sold out over 100,000 seats, plus the camping and the suites and everything. Somebody actually said to me this morning, it's like Daytona 500 2019 – like before everything was crazy or different, so it's just such a good vibe.

"People are excited for this event to be back, they're excited to see what this new car is all about and excited to just get back to racing." 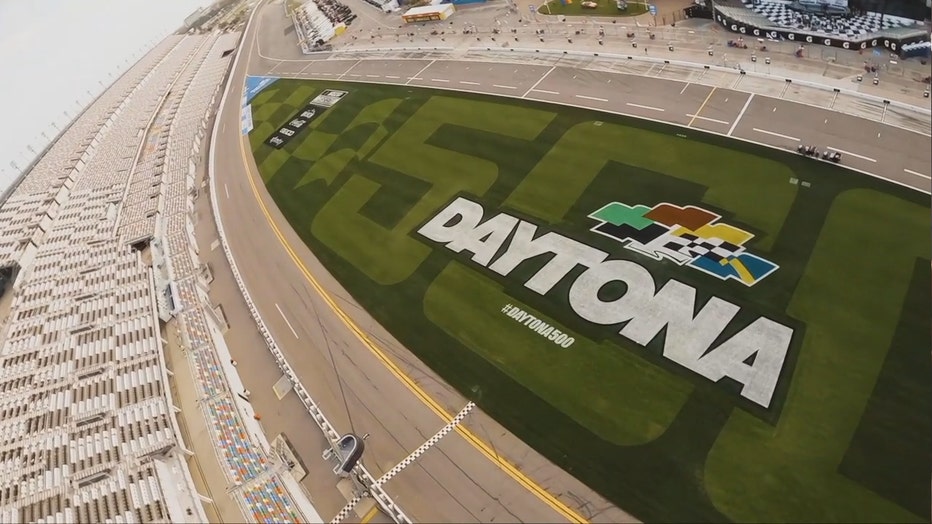 With NASCAR’s Next Gen car, the "Great American Race" will be sure to provide a lot of fireworks.

"I think we're going to see incredible racing," said Little. "These cars can bump and rub, and they don't cut tires as easily as the old car, which is great. Just a lot of nerves. It's Daytona. Every driver wants to win."

Also in attendance will be a Wisconsin favorite: former Packers Super Bowl champion Charles Woodson will be the race's grand marshal.

"That's what's so special about Daytona, that you can bring somebody like Charles in, and you just get a different set of eyes," said Little. "He's a legend in his own right. For him to get to see the Daytona 500 in this light and be there, he'll get to meet the drivers, and he'll get to see the cars up close and personal. Then he gets to be the grand marshal, I mean, I can't imagine a bigger honor."

A lot of people will be tuning in to see who kicks off the year with a win at Daytona.

"You know, somebody like Kyle Busch," said Little. "He has done everything, he has won everything, but he's never won the Daytona 500. So far what I've seen of him in this Next Gen car, he's incredible, so he's somebody to watch. Joey Logano is always somebody to watch. Kurt Busch, driving for Denny Hamlin and Michael Jordan now, he's a teammate with Bubba Wallace. And by the way, Bubba Wallace was the last driver to win on a Superspeedway, he's finished second here at Daytona before. I think that team has everything they need to win."

Get ready to gear up for a race like none other.

"When you win, you win big," said Little. "When you wreck, you wreck big and that's what racing is supposed to be. NASCAR, it's not just the Next Gen car, it's the next generation of NASCAR and there's a lot of new fans watching, so I think we're going to put on a heck of a show."