DETROIT -- Week 5 was not kind to the Green Bay Packers -- as their sputtering offense struggled in Detroit. The Packers lost, 23-31 -- but there's still time to turn things around. FOX6's Tim Van Vooren went "Inside the Huddle" with Davante Adams after the game.

"Yeah, it's tough -- and it's still early too, so, you know, we're still figuring out a lot of things about players and, you know, our team as a whole, so it's just piecing things together and execution, so once we get a few more reps, you know, hopefully we can talk to one another this week and figure out what it is, and kinda diagnose the problem -- that way it doesn't bleed over to the second half of the season," said Adams. 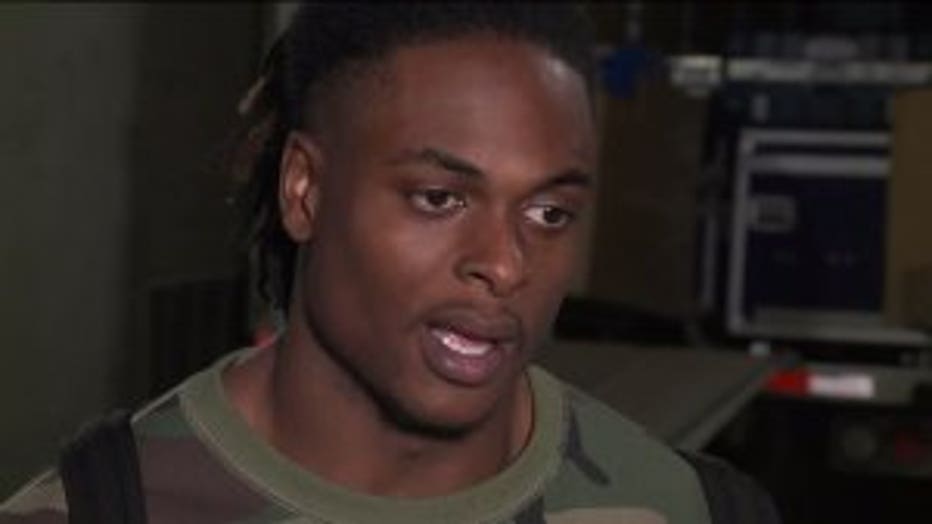 FOX6's Tim Van Vooren: "You can still see evidence of how competitive you guys are. You in particular. You get a pass across the middle, you come up -- you're reacting. It doesn't matter the game situation. Is that you? Is that being a professional? What is that?"

"Yeah, I mean, that's just a piece of me. I mean, I talk a lot about just getting that spark on offense, and sometimes, you know, we like to be on the first drive to get things going so we can kinda carry over and it's contagious -- guys making plays. I see G-Mo making plays. I see Ques or whoever, that drive me to make plays, so, you know, like I said, I mean I get excited when guys go, so we just gotta hit 'em," said Adams. 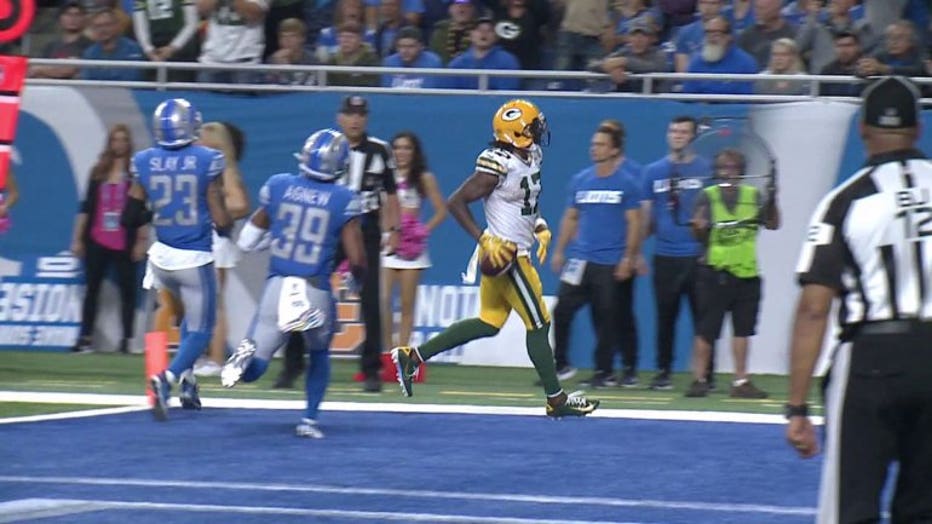 FOX6's Tim Van Vooren: "And with these young receivers, you know they are paying attention to the way you go about your business too. Is that part of this?"

"Yeah, 100 percent, and that's why I try to be a leader and, you know, let them know -- lead by example -- letting guys know they can depend on me. They can ask me anything. You know, I'm here to be a teacher, coach, friend, player, whatever it is, so, you know, I'm always here for these guys and I think they know that at this point," said Adams. 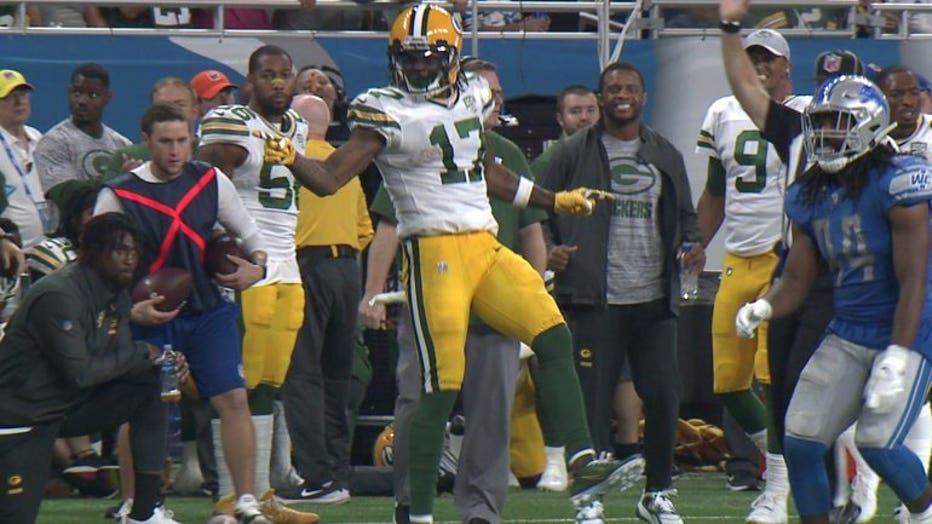 FOX6's Tim Van Vooren: "You guys are 2-2-1, Davante. Have you lost two games and tied one? Did other teams beat you, or have you had a big hand in that happening yourselves?"

"Well, I mean, I think with the team we have, definitely, we beat ourselves a little bit more than other teams beat us, so, you know, the Redskins game was a sloppy one all around. That was probably our sloppiest game around here for quite some time now, so, you know, we just can't have penalties, we can't have all that stuff, so just gotta clean up our house a little bit and figure it out," said Adams.

FOX6's Tim Van Vooren: "Where does it go? There's 11 games left in the regular season. How's this going in the direction you guys all expect it to go, want it to go?"

"Well, I mean, you see what we did in the second half there -- had a lot of production, a lot of different guys making plays all over the field, so we just gotta find the small things we're doing right and just build on that," said Adams. 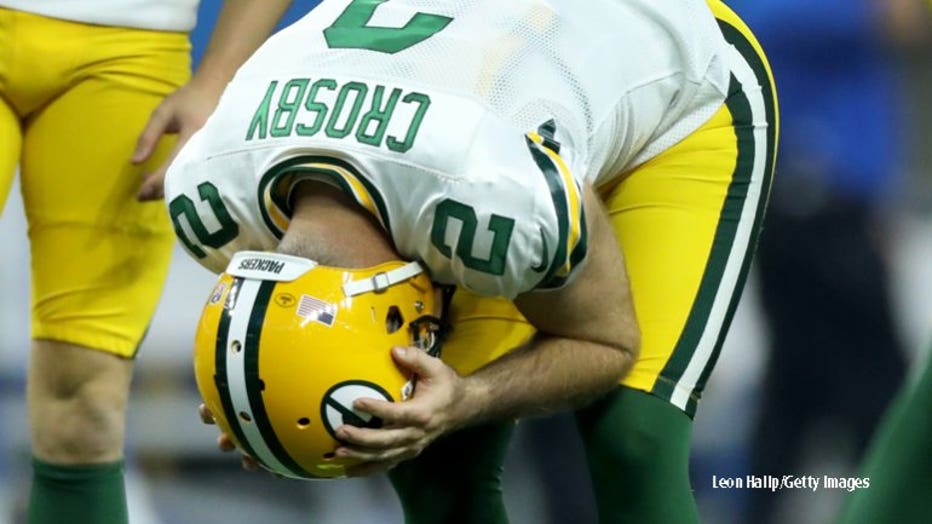 DETROIT, MI - OCTOBER 07: Kicker Mason Crosby #2 of the Green Bay Packers reacts to missing one of the three field goal attempts against the Detroit Lions during the first half at Ford Field on October 7, 2018 in Detroit, Michigan. (Photo by Leon Hal 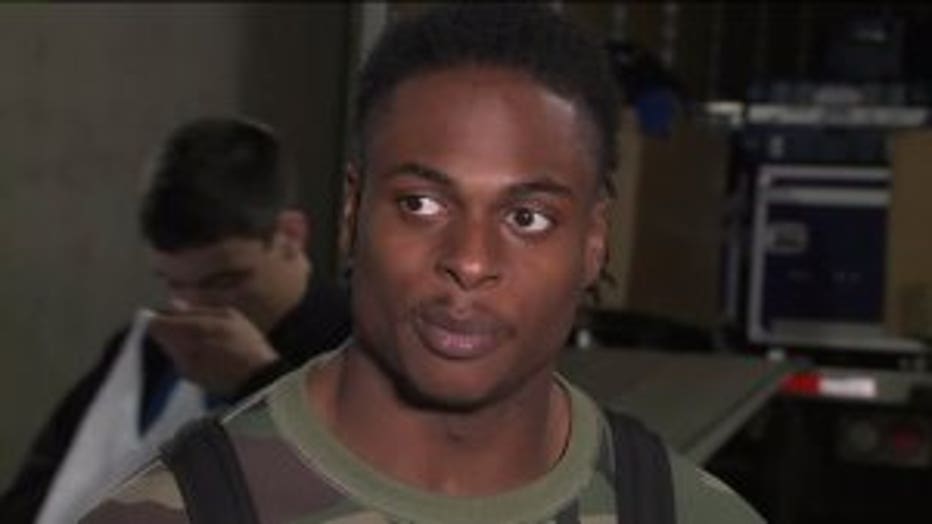 "I already told him -- I just looked him in his eyes and said 'Mason -- let it go. I mean, it happened. You know, I'm here for you. We're here for you, but more than anything, I'm here for you. You know, if you need to talk about whatever at the end of the day -- you just gotta let it go, because you're not always going to have -- I mean, we know what type of player Mason is. Everybody knows what type of player he is, so he's made some clutch plays for us, so at this point, just let it go, and move on to the next game," said Adams.