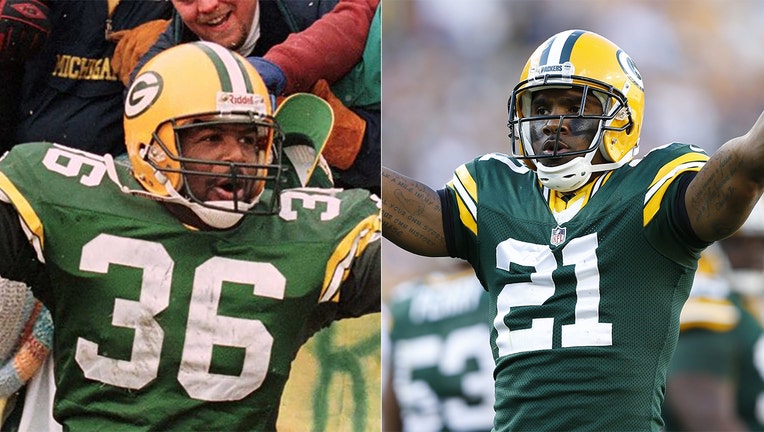 LeRoy Butler, a member of the Packers' Super Bowl XXXI team, and Charles Woodson, who was part of the Super Bowl XLV roster, are among the 15 finalists. It is Butler's second time as a finalist, missing the cut in 2020. Woodson is a first-time finalist.

In his 12 seasons with the Packers, Butler was a part of the Super Bowl XXXI championship team, named an All-Pro four times and made the 1990s all-decade team.

Woodson, who played cornerback and safety during a seven-year stretch with Green Bay, won Super Bowl XLV with the Packers and made two All-Pro teams during that span. He was the NFL's Defensive Player of the Year for 2009 and made the All-Decade Team of the 2000s.

"I am just enjoying this moment, sitting here watching those highlights and what you immediately do is kind of reliving some of those moments," Woodson said. "To me it is not lost to be in this moment, to be a Hall of Fame finalist in the first year; it takes a lot to get to this point. You really have to make an impact on the game and I am excited to be in this moment."

Voting on the entrants to the hall will be conducted later this month, with the inductees announced during Super Bowl week. A maximum of five modern-day players can be chosen, along with three previously announced candidates should they get the required votes.

Inductions are scheduled for next August, when the 2020 class and a special centennial class also will be enshrined after the COVID-19 pandemic forced postponement of those ceremonies last summer.

The Green Bay Packers did everything they could in the regular season to boost their chances of reaching the Super Bowl for the first time in a decade.