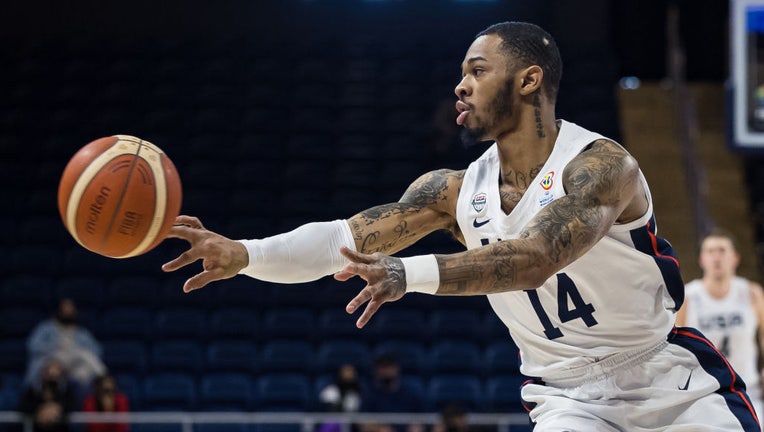 WASHINGTON, DC - FEBRUARY 27: Rayjon Tucker #14 of Team USA passes the ball against Mexico during the first half of the FIBA Basketball World Cup 2023 Qualifier game at Entertainment & Sports Arena on February 27, 2022 in Washington, DC. (Photo b

MILWAUKEE - The Milwaukee Bucks announced on Friday, April 8 that the team has signed guard Rayjon Tucker.

After going undrafted in the 2019 NBA Draft, the Little Rock product has played in 37 NBA games over the last three seasons with the Utah Jazz, Philadelphia 76ers and Denver Nuggets and holds career averages of 2.8 points in 7.0 minutes per contest. Tucker has also appeared in 61 NBA G League games since 2019 and is averaging 21.3 points, 6.0 rebounds and 3.5 assists per game in G League action.

Tucker will wear number 59 with the Bucks. Milwaukee’s roster now stands at 17 players.