MILWAUKEE -- In honor of Veterans Day, the Milwaukee Bucks hosted a number of events to honor those who have served, and are serving our nation as part of NBA Cares' "Hoops for Troops" week. One was a game-changer for everyone involved.

"I used to be an extra-well-done and butter guy, but now, I'm a medium-well and butterfly cut," Michael Beasley, Bucks forward said. 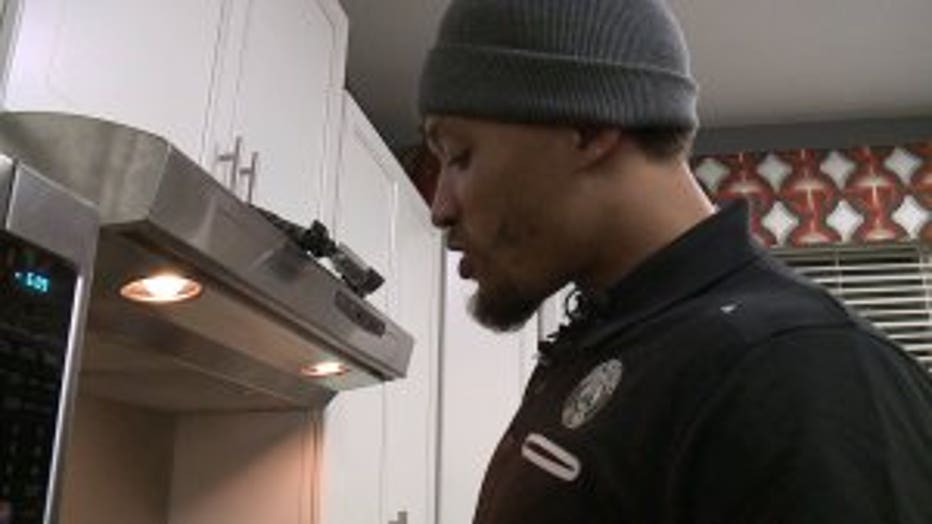 Beasley is more comfortable on the basketball court than in a kitchen, but on Wednesday night, November 9th, he found himself cooking up spaghetti and meatballs for a group of veterans at the Clement J. Zablocki VA Medical Center in Milwaukee.

Teammate Steve Novak and other Bucks staffers joined him, but not in front of the stove.

"No, no, no! Hopefully Beasley knows what he's doing! If I went and tried to help, it would be bad -- so we'll let Beasley. Hopefully at the end of the night, if anything goes wrong, we can blame him and I'll stay out of it," Novak said. 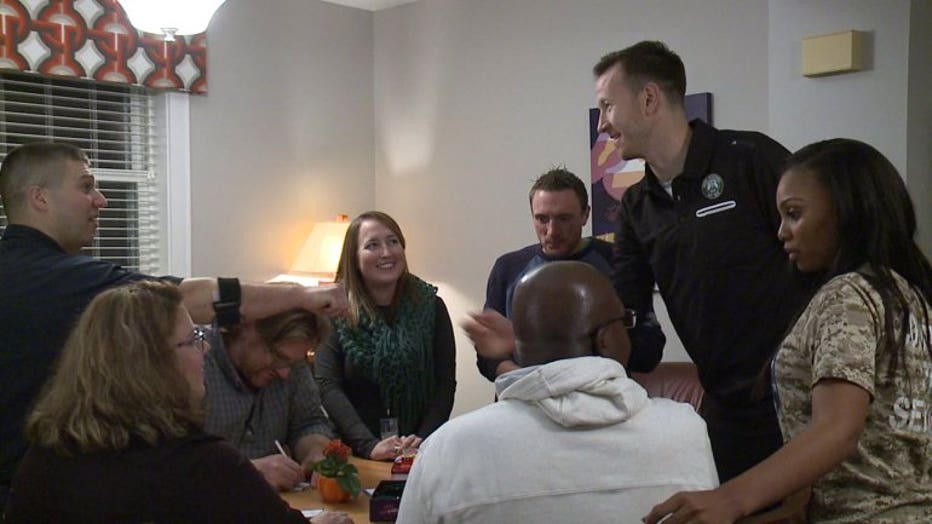 Beasley cooked like a veteran, and he and Novak made a special connection with the veterans that the players and those who served for our freedom won't soon forget.

"Obviously have gone through different things in their lives, and are working through those things and just being with them and speaking with them in an intimate setting has been really nice. We know that these guys are in our state. They're fans, so these people who are cheering at the game, the lounge where they put the games on -- 'this is where we cheer for you guys.' It was really cool," Novak said. 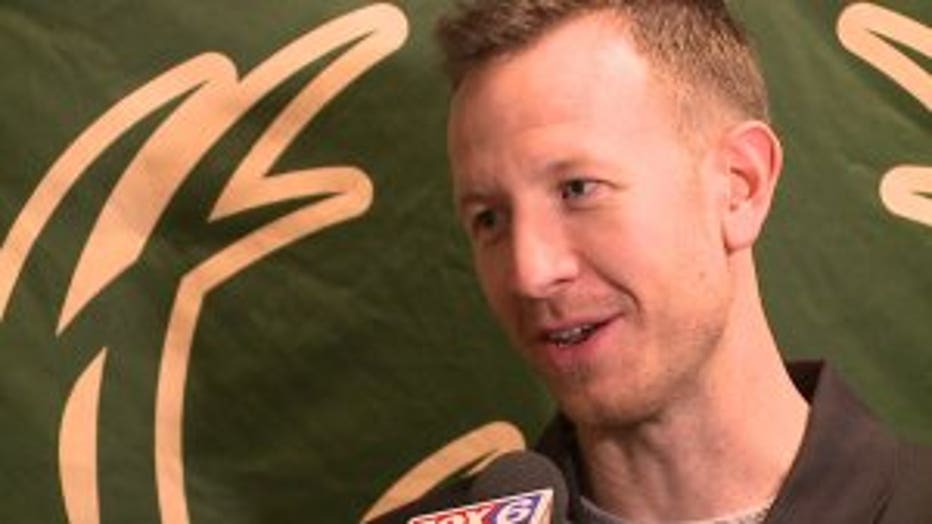 Novak, a former Brown Deer and Marquette University sharpshooter said he appreciates the impact veterans have had on his life.

"When I was a young kid, I dreamed of playing for the Milwaukee Bucks, and obviously without the freedoms that we have, you can't dream. You don't get the opportunities to go to Marquette and pursue your dreams. You realize you're sitting at dinner across from guys who were defending our freedom, putting their lives at risk. This is a time for us to be with them and say 'thank you for your service. Thank you for what you gave to all of us.' It's special," Novak said.

Special too, to know that as Bucks players, they could say thank you by spending time with people they know are true heroes. 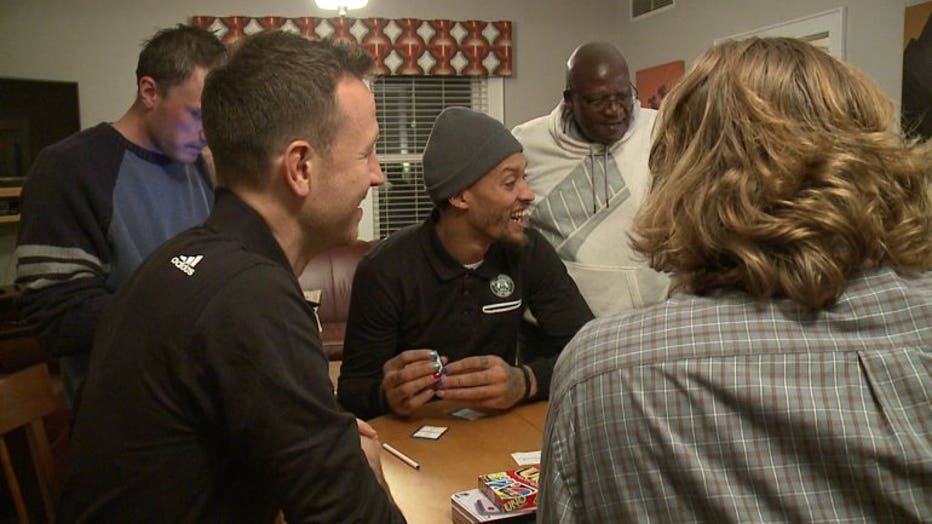 "You just want to spend time with these guys and hear their stories and you realize they do have a lot of questions for us. You realize that we're guys -- they probably know more about us than we know about them, so there's more to talk about than we might expect," Novak said.

"Actually, a little overwhelming, but just a great group of people and obviously I'm not used to being in the spotlight," David Shimp said. 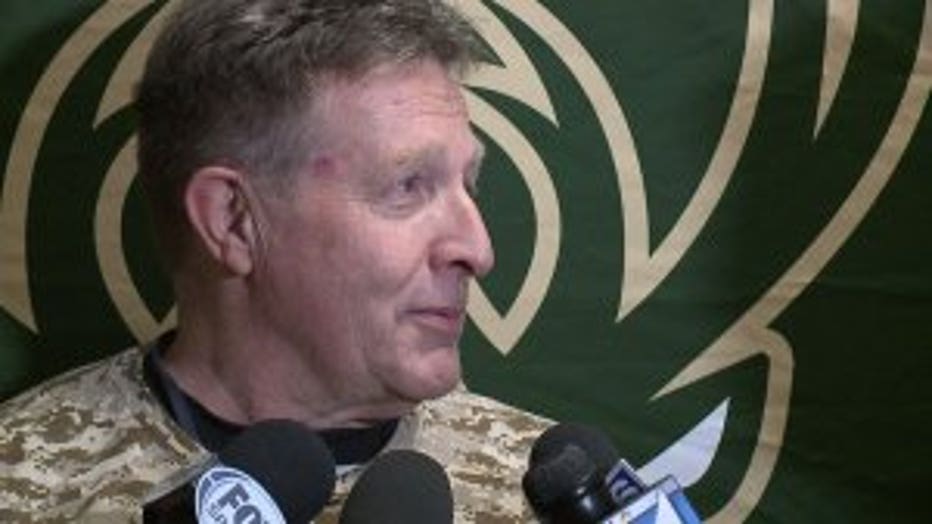 Shimp is a veteran who grew up a big Bucks fan.

"I remember all the way back to when Lew Alcindor and Oscar Robertson and that whole cast -- so I've been an avid Bucks fan my whole life, and to actually meet a couple of them and actually talk to a couple of them is really, really cool," Shimp said.

After his service, Shimp had what he describes as ups and downs in life -- but he's made a great comeback.

"Ended up homeless and drinking too much alcohol, and they took me into the domiciliary program -- helped me recover and it's helped get me back on my feet, and I owe most of it all to the VA and, of course, God and help like that from other veterans. I wouldn't be standing here right now in the house being able to talk to you and break bread with a great group of people -- and both players I've met so far, I'm enjoying the heck out of it," Shimp said.

As NBA veterans, Novak and Beasley have scored lots of points in their careers and hopefully many more for Milwaukee this season. 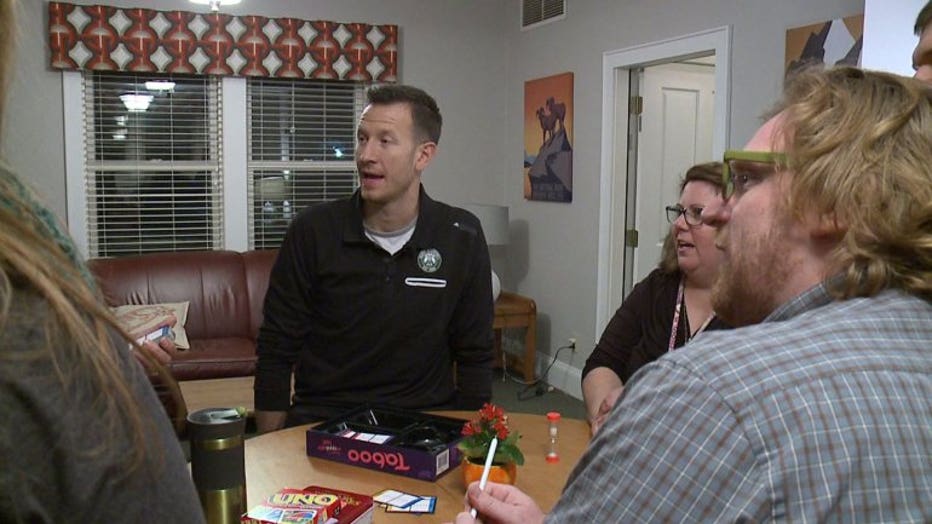 But on this night, during a season when they give back to our veterans, they gave out a big assist, and both young men will tell you they got a lot more out of it than they gave. 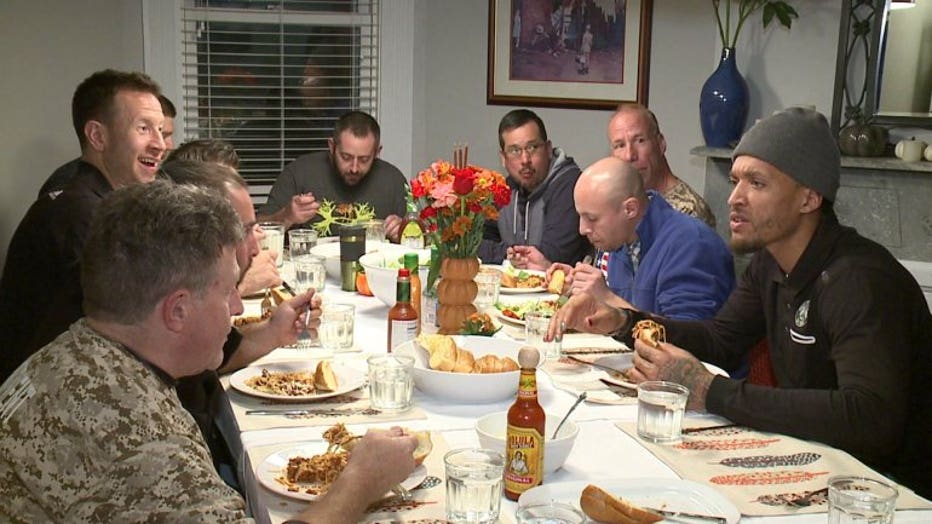