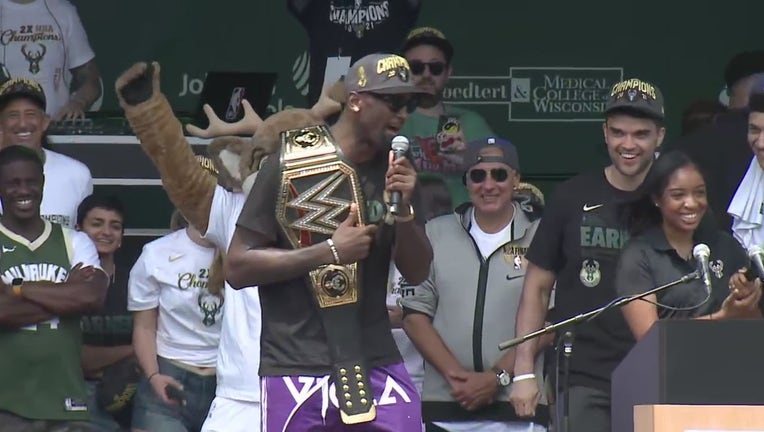 Bobby Portis at the Milwaukee Bucks' 2021 championship parade and celebration.

In his first and only season with the Bucks, Portis was a key player in the team's championship-winning season. During the NBA Finals, he averaged 16.6 minutes per game (2nd most among bench players) and averaged 7.7 points and 4 rebounds per game.

The Atlanta Hawks bolstered their frontcourt by selecting forward Jalen Johnson of Duke with the 20th pick in the NBA draft Thursday night.