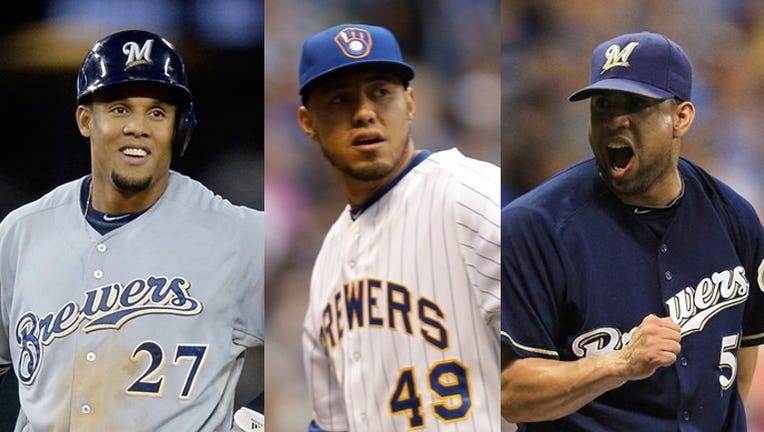 Gómez will officially retire from his playing days as a member of the Brewers, and both he and Gallardo were on-site to throw the ceremonial first pitch at Friday night's game. Rodríguez was not in Milwaukee for the event.

The distinction is awarded to players, coaches and executives who meet a set of criteria based on service to the organization and career accomplishments.

Gallardo spent the first eight seasons of his 12-year career with the Brewers. In 2010, he made his lone All-Star team and won the National League Silver Slugger.

A two-time All-Star with the Brewers, Carlos Gomez spent five full seasons – and part of a sixth – in Milwaukee. He won his only Gold Glove in 2013 as a member of the Crew.

Rodriguez spent parts of five seasons with the Brewers – traded to Baltimore in 2013 before rejoining the team the following season. He made two of his six career All-Star teams with the Brewers in 2014 and 2015.