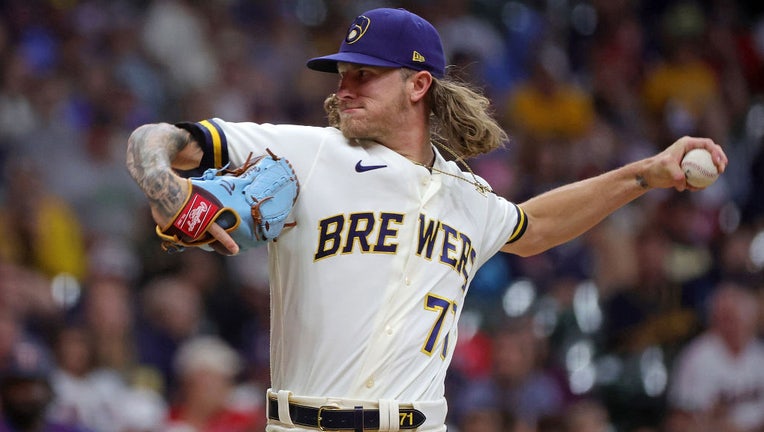 MILWAUKEE, WISCONSIN - JULY 26: Josh Hader #71 of the Milwaukee Brewers throws a pitch during a game against the Minnesota Twins at American Family Field on July 26, 2022 in Milwaukee, Wisconsin. (Photo by Stacy Revere/Getty Images)

A news release from the Brewers says Rogers and Lamet will join the Major League team. Gasser will be assigned to Double-A Biloxi. Ruiz will join Triple-A Nashville.

About the acquired players

Gasser, 23, was selected by San Diego in the second round of the 2021 First-Year Player Draft out of the University of Houston. He is currently the seventh-best prospect in the Padres organization according to MLB Pipeline and ninth according to Baseball America. Gasser was 4-9 with a 4.18 ERA in 18 starts at Class-A Fort Wayne this season with 115 strikeouts in just 90.1 innings pitched.

Originally signed by Kansas City as a non-drafted free agent from the Dominican Republic on July 3, 2015, Ruiz was traded to San Diego as part of a six-player deal on July 24, 2017.

Lamet produced his best season in 2020, earning All-MLB Second Team honors, as he went 3-1 with a 2.09 ERA in 12 starts, striking out 93 batters in just 69.0 innings pitched while opponents batted .161. He has made 13 appearances this season, all coming in relief.