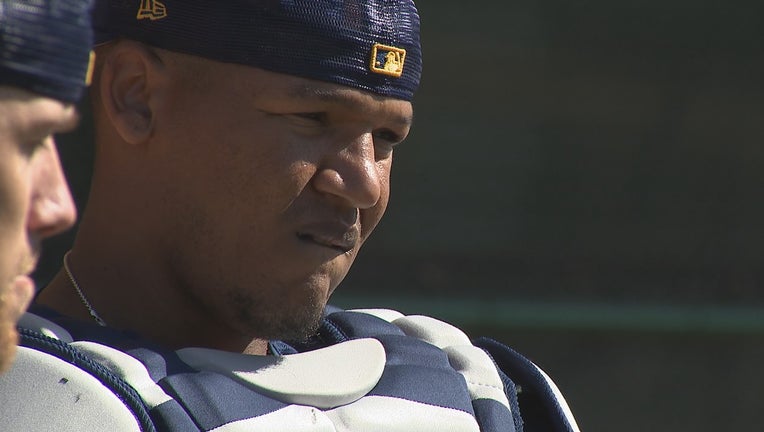 Severino tested positive for the performance-enhancing substance Clomiphene, the commissioner's office said. The women’s fertility drug has been used by some athletes to counter side effects of steroids use.

Severino will lose about half his $1.9 million salary. He apologized to the Brewers, teammates and fans.

"Since late 2020, my wife and I had been trying to start a family unsuccessfully," Severino said in a statement issued by the players' association. "When we returned to the Dominican Republic after the 2021 season, we sought medical assistance to determine why we had not succeeded. One of the doctors I consulted with prescribed me with a medication to treat infertility issues. Unfortunately, I now know that the medication contained Clomiphene. I accept responsibility for this mistake and have decided not to challenge my suspension."

A seven-year major league veteran, the 28-year-old is in his first season with the Brewers after playing for Washington and Baltimore. He hit .248 with 11 homers and 46 RBIs last season for the Orioles, leaving him with a .235 career average with 33 homers and 133 RBIs. 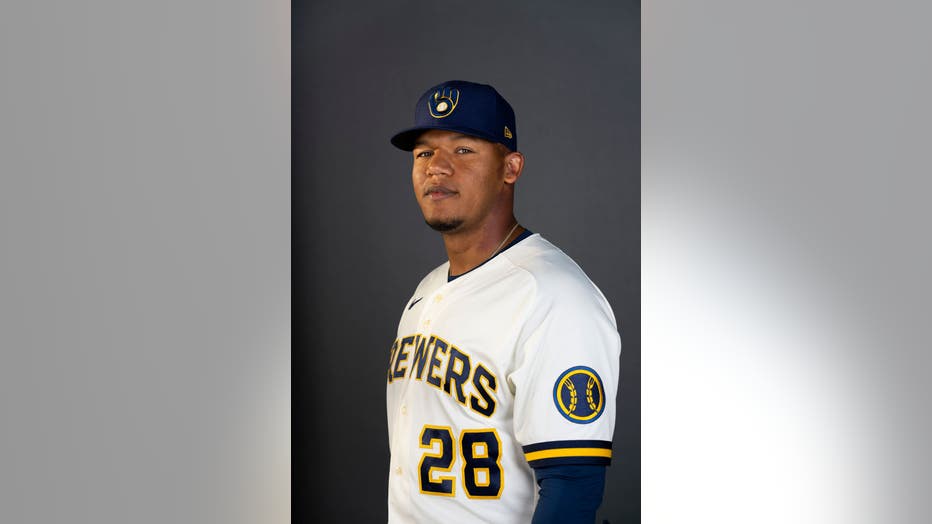 "I have been tested more than 100 times in my career and I had never had an issue," Severino said.

Severino batted .435 with two homers and nine RBIs in eight spring training games. He was expected to serve as the main backup to 2021 All-Star Omar Narváez, filling a void that was created when the Atlanta Braves signed Manny Piña away from Milwaukee.

Other catchers on the Brewers’ 40-man roster are Mario Feliciano and Brett Sullivan. Feliciano has one game of MLB experience and Sullivan has never played in the majors.

President of baseball operations David Stearns said the Brewers are looking at possible catching options from outside the organization.

"This time of year, this timeframe of a couple of days before opening day, is not ideal to be looking for a specific team need, but we’re already actively engaged in conversations," Stearns said. "We’ll see if anything comes of that in the next 24-48 hours, and if not, we have confidence in what we have internally."

All the positive tests resulted from urine samples taken before the lockout started Dec. 2, but MLB concluded it could not announce discipline during the lockout, a person familiar with the testing program told The Associated Press, speaking on condition of anonymity because that detail was not announced.

Statement from the Milwaukee Brewers:

"The Milwaukee Brewers join Major League Baseball in its efforts to erase performance-enhancing drugs from our game. The organization fully supports MLB’s Joint Drug Prevention and Treatment Program. We also support Pedro during this time and will welcome him back upon the conclusion of his discipline."

If you've seen Learic Davis play, his splashy dunks will catch your attention. Lily Zhao goes Beyond the Game with the senior, who showcased his talents on a national stage.