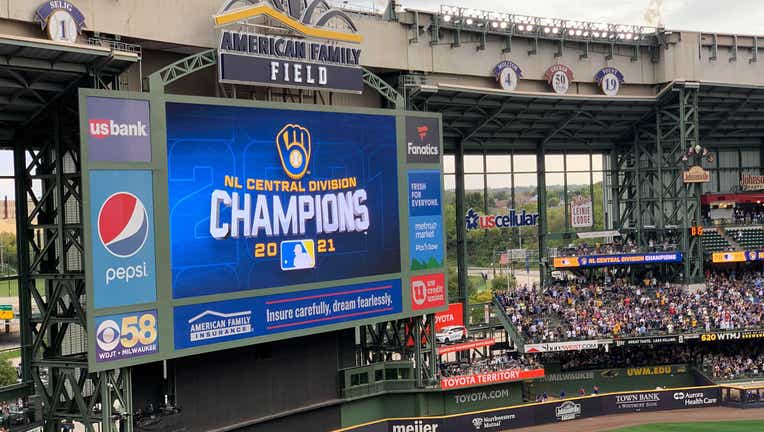 MILWAUKEE - The Milwaukee Brewers are the 2021 National League Central Division champions. Sealing their spot in Major League Baseball 2021 playoffs last weekend, the Crew on Sunday, Sept. 26 marked their third NL Division title, and fifth overall in franchise history, in a win over the New York Mets.

Fans who want to be first to secure exclusive Brewers postseason gear can visit the Brewers Team Store at American Family Field, which remains open until 10 p.m. Sunday night, according to a press release from Brewers officials, and reopens Monday at 9 a.m. The Brewers Team Store will then remain open daily from 9 a.m. – 7 p.m.

Division Championship postseason gear is currently available in the Brewers Team Store, with new merchandise coming in daily, according to the release.

The release added that single-game tickets for NLDS games at American Family Field will be available for purchase by the general public at 10 a.m. on Tuesday, Sept. 28. Fans can still guarantee postseason tickets to all rounds by placing a deposit on a 2022 Season Ticket Plan,

Milwaukee fans paid tribute to a Brewers great on Sunday as Ryan Braun officially retired. A special ceremony was held before the Brewers clinched the NL Central Division championship.