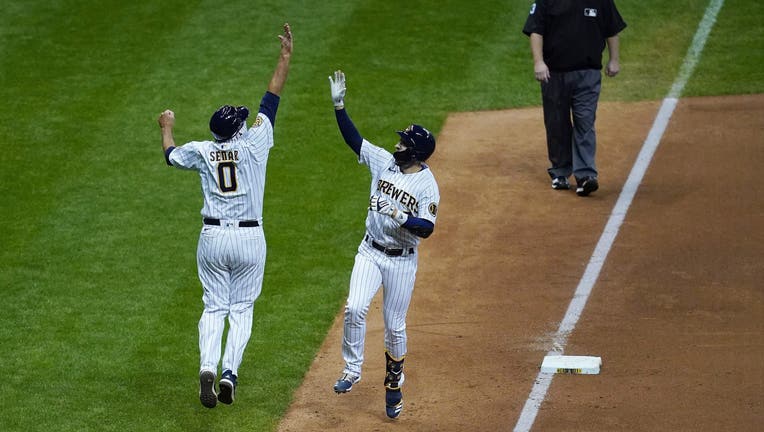 MILWAUKEE, WISCONSIN - SEPTEMBER 19: Ryan Braun #8 of the Milwaukee Brewers celebrates a three-run home run with third base coach Ed Sedar #0 during the eighth inning against the Kansas City Royals at Miller Park on September 19, 2020 in Milwaukee, W

MILWAUKEE - Ed Sedar, one of the longest-tenured coaches in Milwaukee Brewers franchise history (2007-20), will transition to a role as advisor to the Major League coaching staff, the team announced Wednesday, Nov. 4.

The Brewers on Wednesday announced their full coaching staff for the 2021 season.

Jason Lane, who served as first base coach last season and as assistant hitting coach in his previous four seasons, will return as a base coach.

New to the Major League staff is Quintin Berry, who joins the team as a base coach. Berry previously served as Minor League outfield and baserunning coordinator from 2019-20 after a 13-year professional playing career. He had a stint as a player/coach at Triple-A Colorado Springs, a Brewers minor-league affiliate, in 2018.

The Brewers will have a pair of new bullpen catchers for the 2021 season in Néstor Corredor, who will also serve as an instructor, and Adam Weisenburger.

Corredor was slated to be a coach at Double-A Biloxi in 2020 after spending his first 10 seasons on the staff as a manager at the Rookie level. Weisenburger was a catcher in the Brewers farm system from 2011-17.