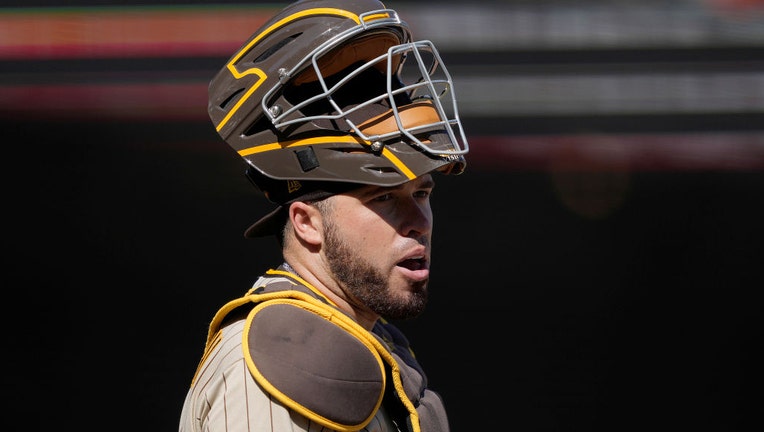 SAN FRANCISCO, CALIFORNIA - OCTOBER 02: Victor Caratini #17 of the San Diego Padres looks on from his position against the San Francisco Giants in the bottom of the fourth inning at Oracle Park on October 02, 2021 in San Francisco, California. (Photo

MILWAUKEE - The Milwaukee Brewers announced on Wednesday, April 6 the team has acquired catcher Victor Caratini and cash from the San Diego Padres in exchange for outfielder Korry Howell and catcher Brett Sullivan.

Sullivan signed with Milwaukee on Nov. 30. He spent his first seven pro seasons in the Minor Leagues with Tampa Bay.

Outside linebacker Whitney Mercilus says he’s retiring, ending a 10-year career in which he made 58 sacks.