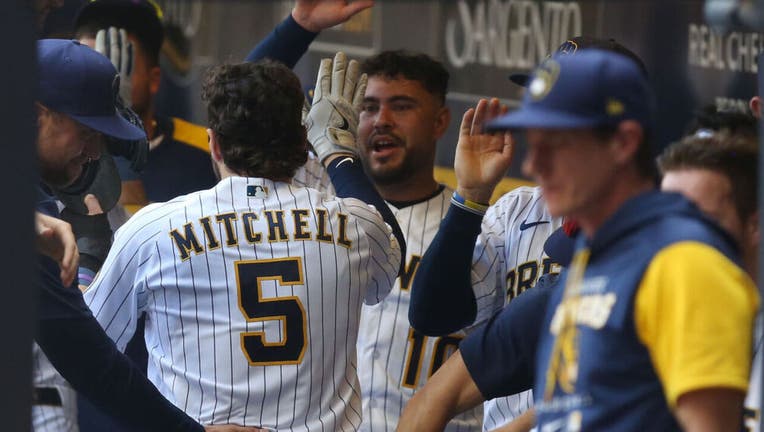 MILWAUKEE - Christian Yelich and Kolten Wong each homered for the second straight game and Garrett Mitchell drove in two runs with his first hit as a major leaguer, leading the Milwaukee Brewers over the Chicago Cubs 9-7 Sunday.

Mitchell, Milwaukee’s first-round choice in the 2020 MLB draft, made his debut Saturday as a defensive replacement after getting called up from Triple-A Nashville, where was hitting .343 with nine RBIs in 20 games.

The 23-year-old outfielder flied out his first time up in the third. Mitchell then hit two-run single the next inning off Sean Newcomb (2-1) that put Milwaukee ahead for good at 3-2.

Yelich followed by sending an 0-1 fastball over the wall in left for his 11th home run of the season and Wong added another two-run drive in the fifth for a 7-4 lead.

Franmil Reyes hit a two-run homer in the ninth off Brad Boxberger and Hoerner followed with a single. Devin Williams relieved and got three outs for his ninth save.