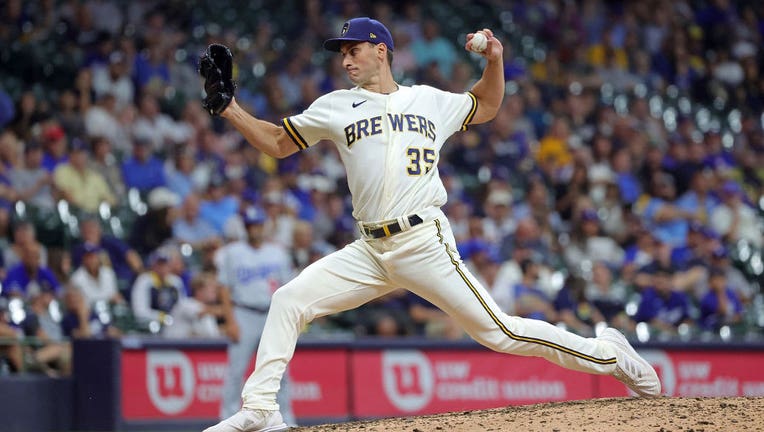 MILWAUKEE, WISCONSIN - AUGUST 17: Brent Suter #35 of the Milwaukee Brewers throws a pitch during the ninth inning against the Los Angeles Dodgers at American Family Field on August 17, 2022 in Milwaukee, Wisconsin. (Photo by Stacy Revere/Getty Images

MILWAUKEE - Major League Baseball announced on Friday, Sept. 9 that Brent Suter was named the Brewers 2022 nominee for the Roberto Clemente Award. It is one of baseball’s most prestigious individual honors acknowledging community and philanthropic commitment. This is Suter’s third time receiving the honor.

The Roberto Clemente Award is the annual recognition of a player from each MLB Club who best represents the game of baseball through extraordinary character, community involvement, philanthropy and positive contributions, both on and off the field.

The league-wide winner of the Roberto Clemente Award will be selected via a blue ribbon panel, including Commissioner Manfred, representatives from Capital One, MLB-affiliated networks (MLB Network, FOX Sports, ESPN and TBS), MLB.com, as well as Roberto’s children, Enrique, Luis and Roberto Clemente, Jr. Fans can vote for the Roberto Clemente Award presented by Capital One via mlb.com/clemente21 (English) and LasMayores.com/clemente21 (Spanish). The site will feature bios of each of the nominees and will allow fans to vote until the end of the season on Wednesday, Oct. 5. The winner of the fan vote will count as one vote among those cast by the blue-ribbon panel.