Blue for Prue: Concordia student-athlete runs again after near-fatal fall thanks to support from community

Blue for Prue: Concordia student-athlete runs again after near-fatal fall thanks to support from community

MEQUON -- A Concordia University track athlete suffered a fall that nearly killed him. He has recovered, and is running again at Concordia, thanks to the help of a community that has given him a new outlook on life.

"When I heard about the news, it was shocking," Bobby Russ said.

"It didn't really hit right away. It seemed surreal. People don't have accidents like that," Steven Stiller said. 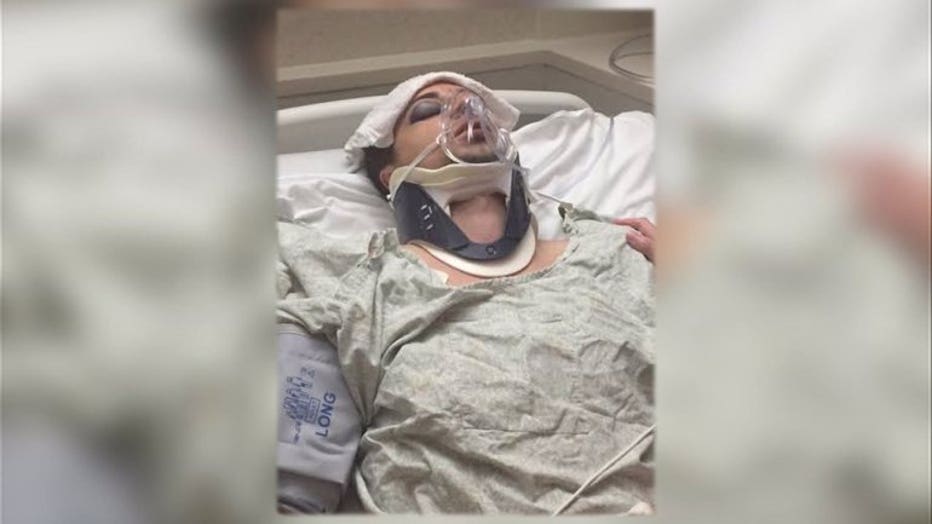 But as teammates and close friends of Concordia University runner Mike Prue found out, the senior did have an accident like that. It happened on October 17th, 2015 in Baraboo.

"I do remember my girlfriend wanting to go for a hike at Devil's Lake. We've done that a few times. Went up to the west bluff, and that's about as much as I can remember," Prue said.

He was always careful, but when a rock collapsed near the edge of a cliff, Prue plunged 80 feet. 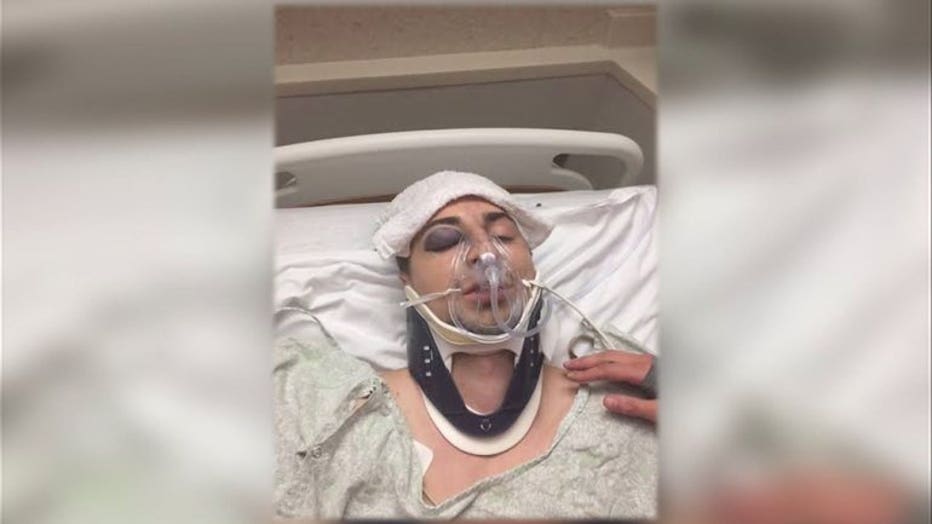 "I remember someone coming down and talking to me," Prue said.

That someone was an off-duty paramedic who happened to be there when Prue's girlfriend called for help.

"Talked to me for a few minutes and checked my vitals and was keeping me awake," Prue said. 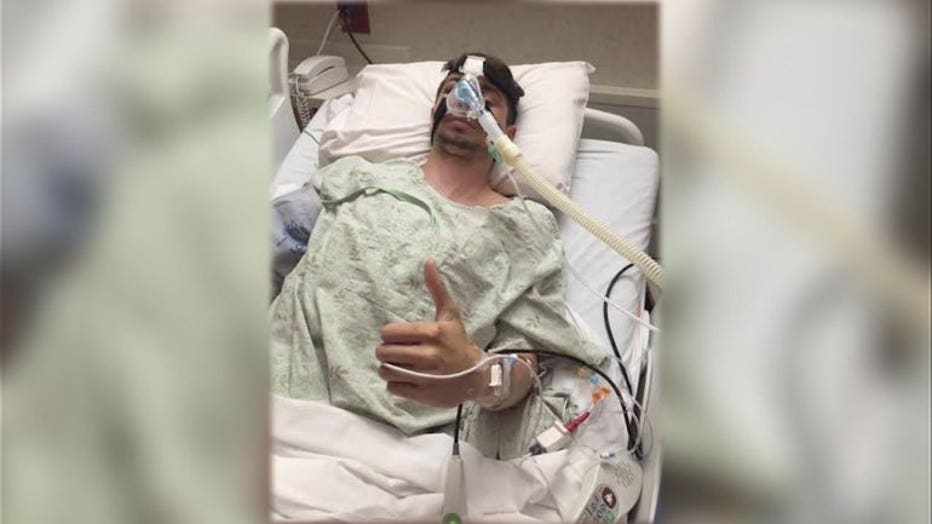 Two hours later, Prue was taken by Flight for Life to the emergency room at a University of Wisconsin hospital in Madison.

"I fractured my right scapula and then I had two surgeries on that. They put a plate in there. And they did a second one so they could kind of get it into place so it could function regularly, and I think I have 16 screws in there. Then I broke 11 ribs on one side and one rib on the other side. I have three small fractures in my spine and then I had to wear a back brace for that," Prue said.

Those closest to him will tell you Prue is always positive. 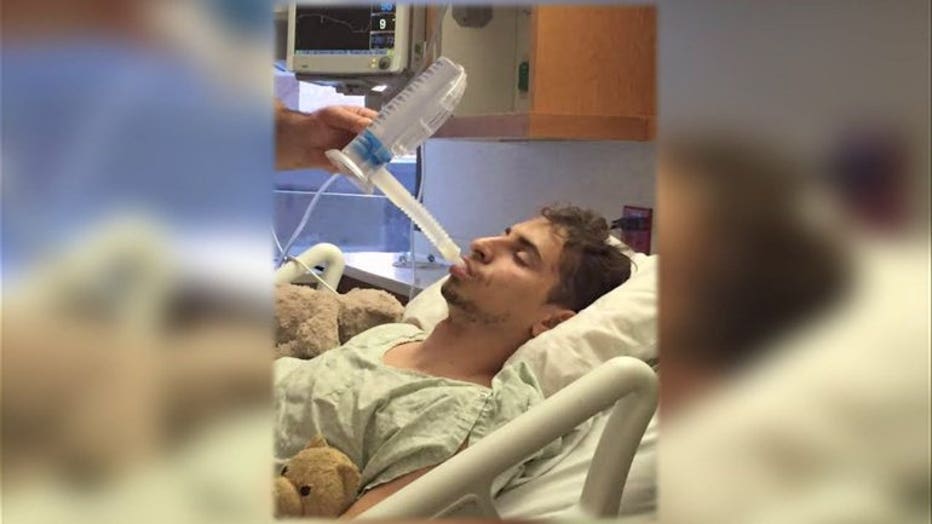 "There were a few hard times, but I got past those moments," Prue said.

Prue's coaches, track teammates and friends at Concordia University were aware that the road to recovery would be difficult and painful, so they came up with an idea called "Blue for Prue." 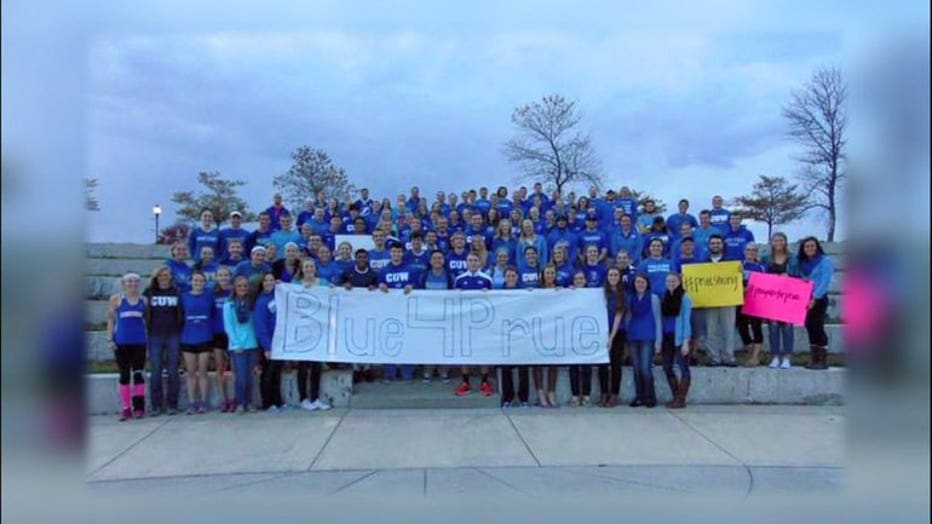 "We just figured Mike's family, they're really thriving on the support and the prayers. One of the ways we can do that is to just try and show our support. We just decided we were all going to wear blue, and we were going to take a big picture and put the hashtag on a bunch of selfies so that way they could all see all of the people that were supporting him," Stiller said.

Blue for Prue became much bigger than anything they could have expected. 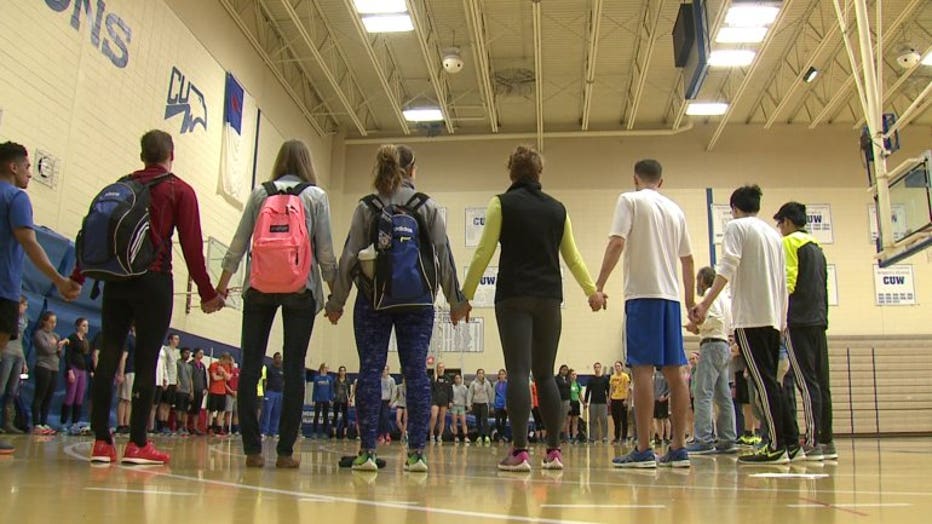 "We had 110 students show up for the picture, and that actually included the campus president and it also extended all the way to Edgewood in Madison and Carroll College. A bunch of other schools," Stiller said.

"When I initially saw the Blue for Prue I was still in a very positive mood, and then when I went through some tough times, that was really awesome to see -- whether they were my close friends, people I was acquainted with, or people I didn't know. There was a lot of posts and a lot of love for me," Prue said. 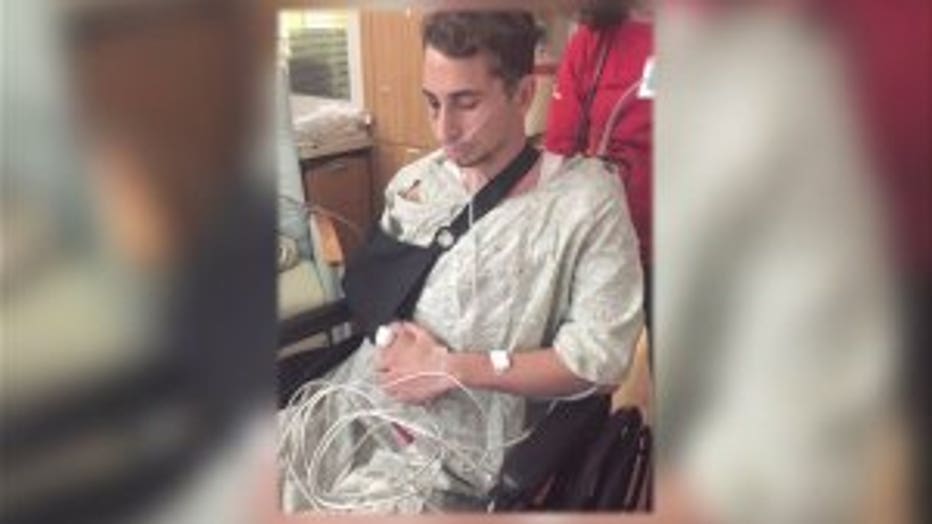 If living through the accident was a miracle, so was Prue's recovery.

Four months after the 80-foot plunge at Devil's Lake, Prue was back running for Concordia. He didn't beat his competitors at first, but in a sense, he blew everyone away and made an impact in the process.

"A huge impact -- not just the team or the school itself, but just the community. His perseverance, his strength through the whole thing. It brought perspective to our teammates," Samantha Stark, Prue's coach said. 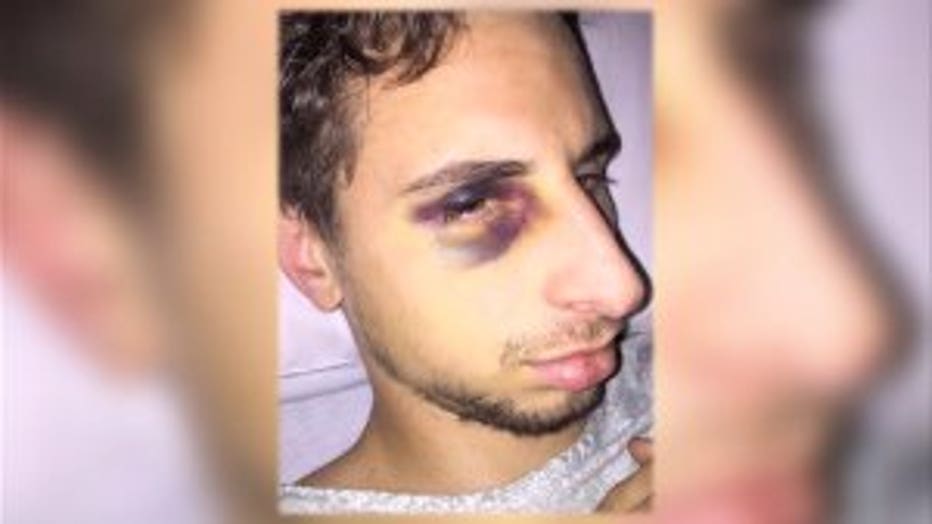 "It inspired me a little bit to work harder, because every week in the weight room, he's doing something more and more and more. So in that aspect, it's pushing me to do better," Pham said.

"He's definitely inspired not only me, but definitely the whole team if not everyone on this campus. It keeps me as a teammate going, especially because I don't want him to beat me in a race," Russ said.

Prue says he knows he should be more thankful -- it's just that his competitive side sometimes gets in the way.

"I'm beating people, so that's always good. The last 400 I ran, I felt strong, and I kicked in at the end, beat someone at the end like I usually do. That was really emotional for me," Prue said. 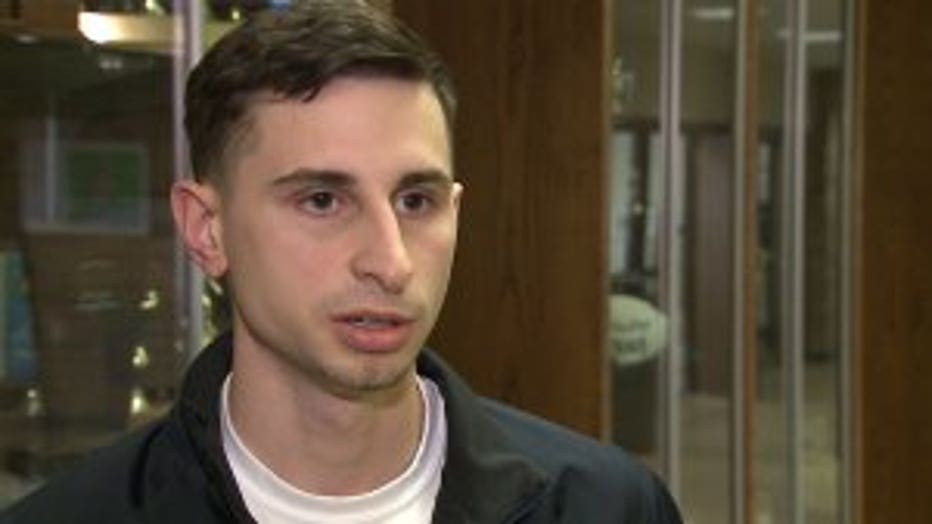 And what has he learned through the process?

"It definitely gives you a different perspective. I think I've gotten a little regained focus -- not only track, but life in general and being more proactive about things. Life can be fragile, so you gotta go and make the most of it," Prue said. 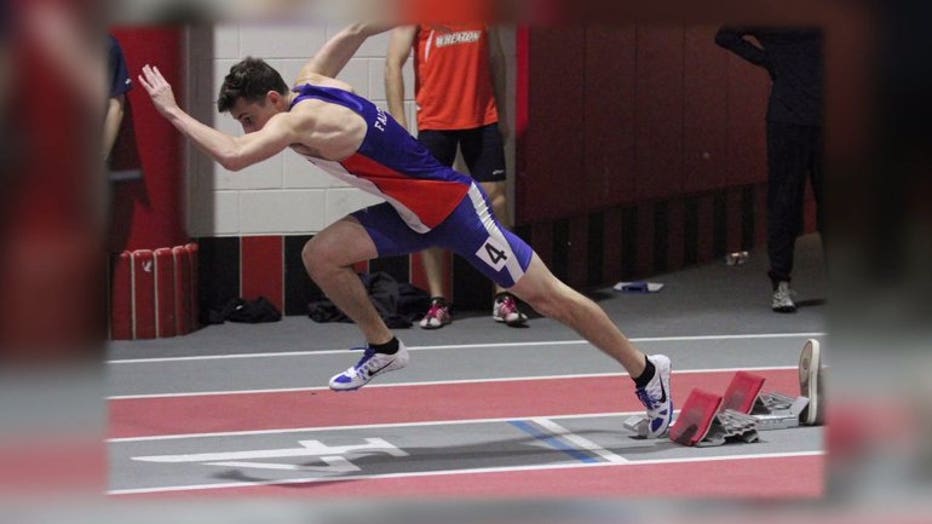 After a long and emotional winter season, Prue decided not to run this spring in order to concentrate on his studies. He will celebrate his 22nd birthday on April 11th.