MILWAUKEE -- Jimmy Nelson returned to a Major League mound on Wednesday, June 5 after missing 21 months due to a shoulder injury. The Miami Marlins spoiled Nelson's return to the majors, beating the Milwaukee Brewers 8-3 on Wednesday night. Even though the results weren't what he wanted, the moment deserved to be celebrated. 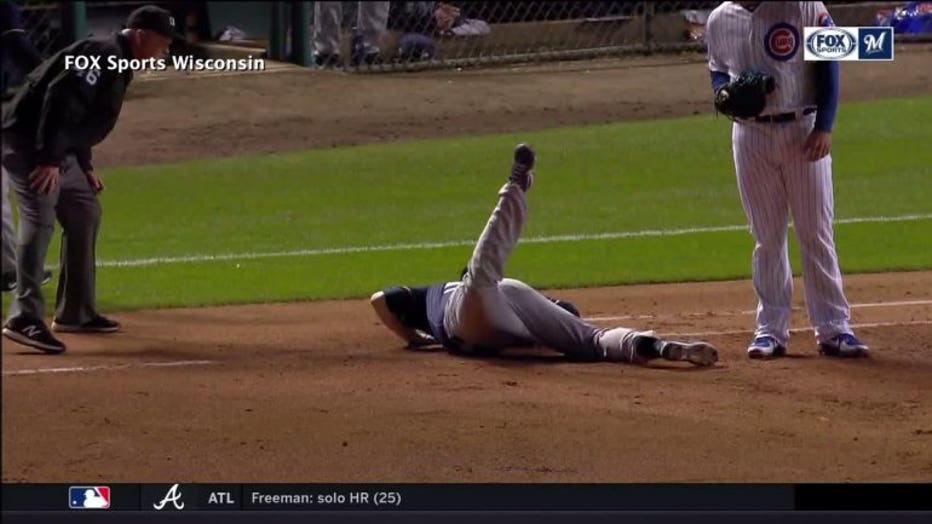 Below are comments from Nelson through the months of rehab after his injury, through Wednesday night after the game.

"Me physically, I feel great. Been anxious to start throwing over the month and finally got cleared a week, week-and-a-half ago to throw, and started doing that this week and just looking forward to getting more throwing sessions under my belt," said Nelson during Brewers on Deck 2018.

"My throwing, my routine is a little bit different, but I'm clear to do everything, so I do all the drills and everything with all the guys outside, so there really isn't that much different, except the fact that I'm not throwing bullpens or light BPs right now," said Nelson during spring training 2018.

"It's been a rough process. A very long process, and I've learned and probably grown more in the past 16 months than in the previous years," said Nelson during Brewers on Deck 2019.

"I'm excited. Each bullpen, each throwing session has gone a little bit better with stuff, and command, and making adjustments on the fly. Things are polishing up for me, and I'm just so thankful and grateful for it. I'm excited about a new year, and I'm not looking back to 2017. I expect myself to be significantly better than what I was in the past to help this team take that next step," said Nelson during spring training 2019.

"I mean, it was like the first day of school when you're a kid. Wake up for Christmas, you know? Woke up this morning real early. Couldn't really sleep. Just anxious -- excited about it. Really good to see all the guys. Good family feel in there," said Nelson on June 4, 2019, the day before his Major League return. 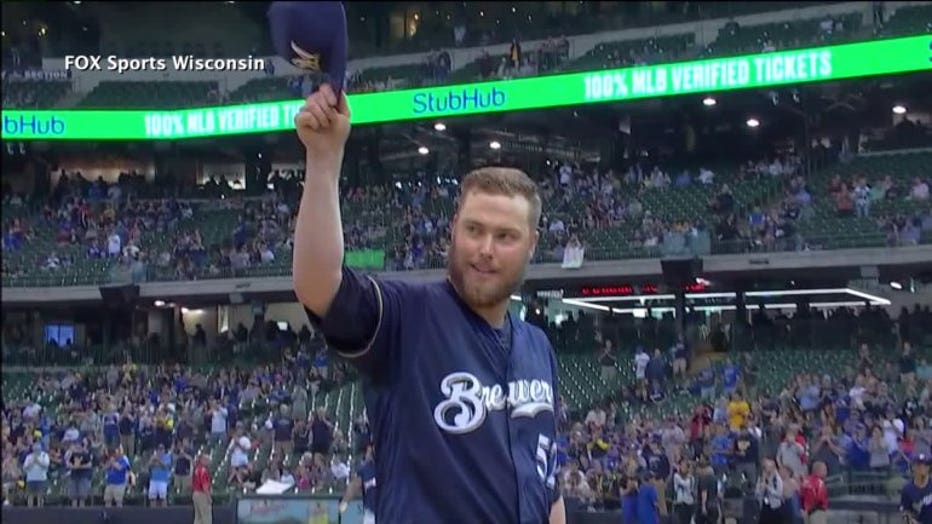 "It's awesome, the reception from the fans, and the excitement from all the teammates, and the staff, and everybody here the last day or two is something I will always remember and always appreciate. The best moment of the day, obviously," said Nelson on June 5, 2019, after his return. "Been working for this and thinking about how this day will play out for almost two years now, so obviously it didn't play out as I had envisioned it, but that's the game, and haven't necessarily come easy for me -- this process or my career necessarily -- so just another hurdle to get over and work through. I will be back early to start that work."

Nelson was scheduled to pitch again on Saturday, June 15 at San Francisco.