FOX's 'Big Noon Kickoff' behind the scenes at Camp Randall

FOX6 News went behind the scenes for a unique look at what happens before FOX's ''Big Noon Kickoff'' -- set in Madison for Badgers vs. Penn State.

MADISON, Wis. - The Wisconsin Badgers are set to take on Penn State with an 11 a.m. kickoff Saturday, Sept. 4 – a game you'll see only on FOX6.

FOX6 News went behind the scenes Friday for a unique look at what happens before FOX's "Big Noon Kickoff."

There’s a lot of work that goes behind the scenes of a pregame college football show – hours of preparation and setting up the stage. But all of the workers in front of the camera and behind the scenes said it feels good to be back, especially with the fans.

It may have been rainy, but nothing put a damper on the crew Friday. 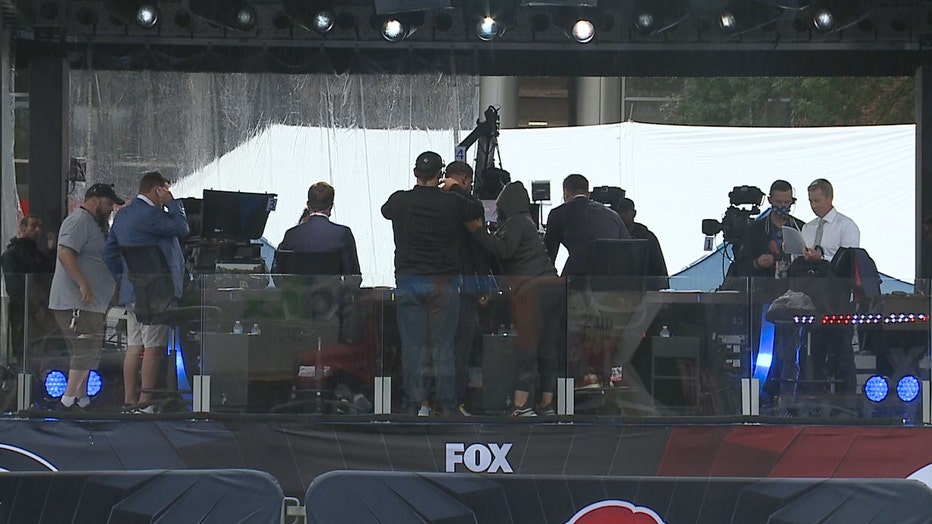 Behind the scenes of FOX's "Big Noon Kickoff" at Camp Randall for Wisconsin-Penn State game.

The "Big Noon Kickoff" crew set the scene – two stages, LED screens and a DJ booth – in Madison for the Badgers' first showdown of the season.

"I know sometimes people think of a studio show as just a couple of cameras and people on a desk. I believe we have 14 or 15 different cameras in the show," said Rob Mikulicka, director of remote studio operations.

This year, the college football pregame show is unveiling a camera for the first time on TV that uses 360-degree crowd shots.

"It’s kind of an experimental one that they’ve been working with what we have dubbed the ‘stratasaurus,’" Mikulicka said. 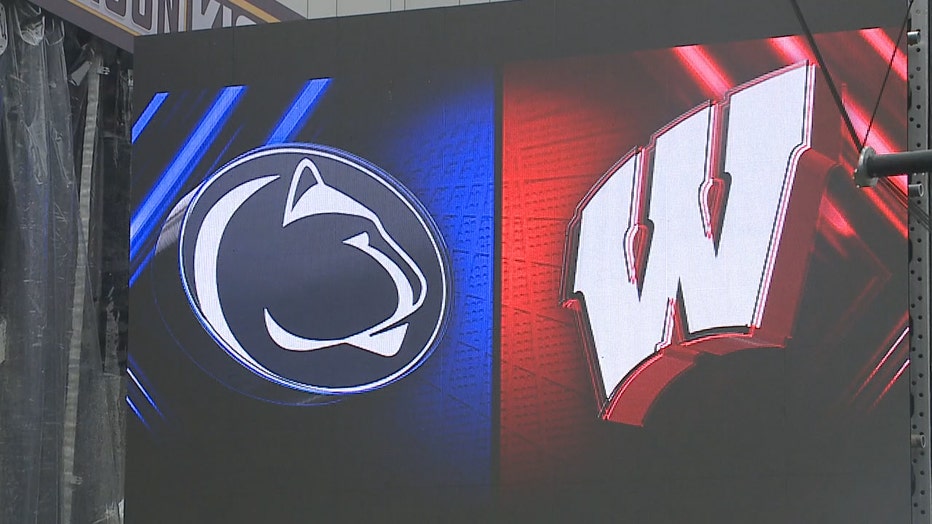 Behind the scenes of FOX's "Big Noon Kickoff" at Camp Randall for Wisconsin-Penn State game.

What fans also might not see up close are the relationships between on-air talent, which Quinn said is a lot of fun.

"There’s just a lot of behind-the-scenes kind of jokes and things constantly going on," Quinn said. "You have to tune in to watch that’s the whole point."

In addition to Saturday's game against Penn State, the Big Noon Kickoff crew will also be at the Badgers game against Notre Dame at Chicago's Soldier Field on Sep. 25.

There's no doubt that Chicago, Detroit and Minnesota were paying attention while Aaron Rodgers skipped spring practices and spoke openly about his frustration with the approach of the front office.

UW-Madison: 9 out of 10 people on campus fully vaccinated

Nine out of 10 people on the University of Wisconsin-Madison campus, including faculty, staff and students, are fully vaccinated for COVID-19, the university reported Thursday.

Marquette University announced that at least 80% of faculty and staff – along with more than 90% of students – are fully vaccinated against COVID-19.