The Brewers take the field for opening day April 1 and FOX6 News stopped by American Family Field to take a look at one of the main attractions.

MILWAUKEE - The Milwaukee Brewers take the field for opening day April 1 and FOX6 News stopped by American Family Field Tuesday, March 30 to take a look at one of the main attractions.

"Definitely a cool job to be able to have people come and look at it," said Ryan Woodley of the field at AmFam Field. "It’s hopefully the greenest spot in Wisconsin right now."

The grounds crew has been working hard to make the field look beautiful.

"So this week, we’re just doing our final touches on the field," said Woodley. "This morning, we added the opening day logo. The other day we added our UW Credit Union logos -- stuff like that. We’re just doing the final tunes and getting ready for them to show back up."

The field's condition is the result of a lot of hard work.

"The preparation starts last year," said Woodley. "After the season, we’re getting ready for this year. Some fertilizer and a little bit of love, and now we’ve started the Opening Day pattern about a week ago." 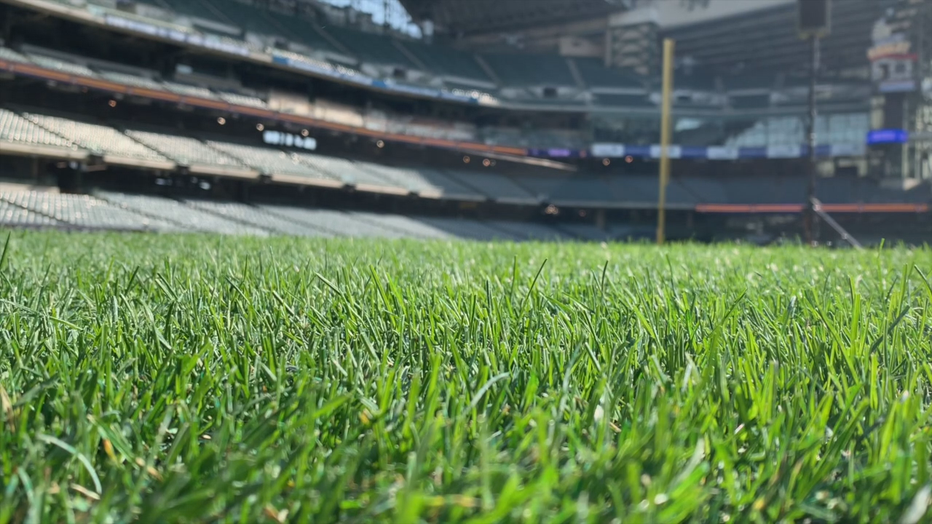 It looks good for you and performs well for the players.

"I know our guys on the crew are excited to have fans back here," said Woodley. "I remember growing up and going to a ballgame is awesome, and I know kids and families are looking forward to it."

At the ballpark, the grass is always greener on the inside. 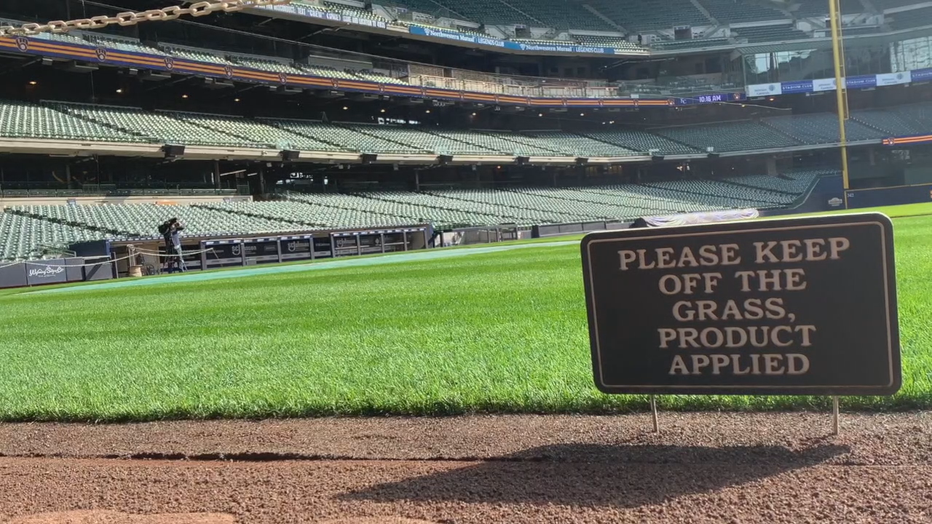 "Everything right now is in good shape for opening day," said Woodley.

For the first game against the Twins – the roof will be closed, with officials saying it’s just too cold to keep it open.

Brewers fans are eagerly anticipating the start of the regular season -- just to get back into the ballpark. But the Brewers organization is just more than about baseball.