MILWAUKEE -- Sounding the alarm about counterfeit cash. A Milwaukee couple says they were conned and they think it's the same suspect FOX6 News has reported on before. They were able to capture video of him. 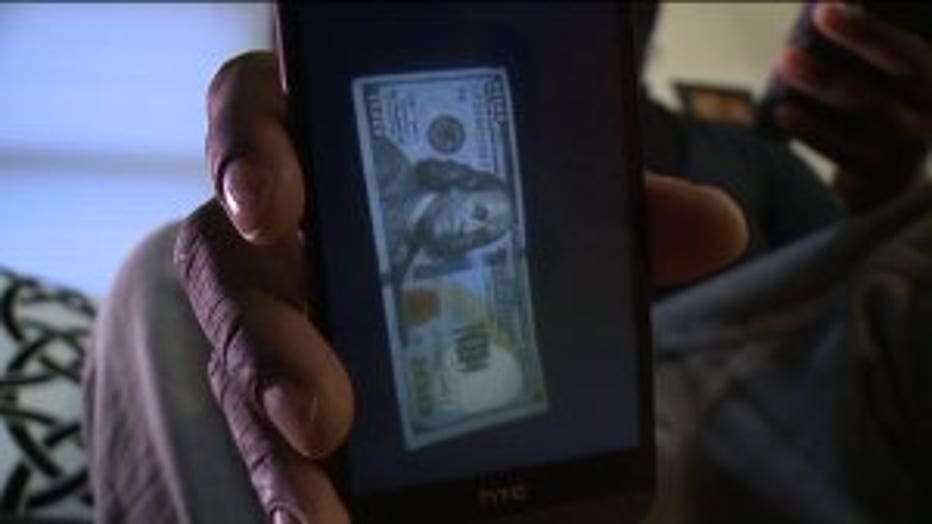 The couple was selling a television and decided to turn on their cell phone camera as a precaution. Turns out, the guy in their video looks a lot like a man already accused of passing counterfeit cash.

"The message said, 'I would like to purchase your TV,'" said Lonell.

A man, who asked that FOX6 News call him "Lonell" says he recently connected with a buyer on 'OfferUp' -- a website he's used many times before.

They made plans for Lonell to sell the man a 32-inch TV for $260, and met Tuesday evening, January 19th.

Lonell's girlfriend recorded cell phone video of the sale on their front porch near N. 35th and Hampton.

"I do that all the time because you never know," said Lonell's girlfriend.

After handing over the $100 bills, the man took off.

"When he got in the car, he sped off where he was burning a lot of rubber outside on the snow and he went straight through the lights," said Lonell.

When they looked more closely at the money, Lonell and his girlfriend realized it was fake. A watermark of Benjamin Franklin's face was missing. 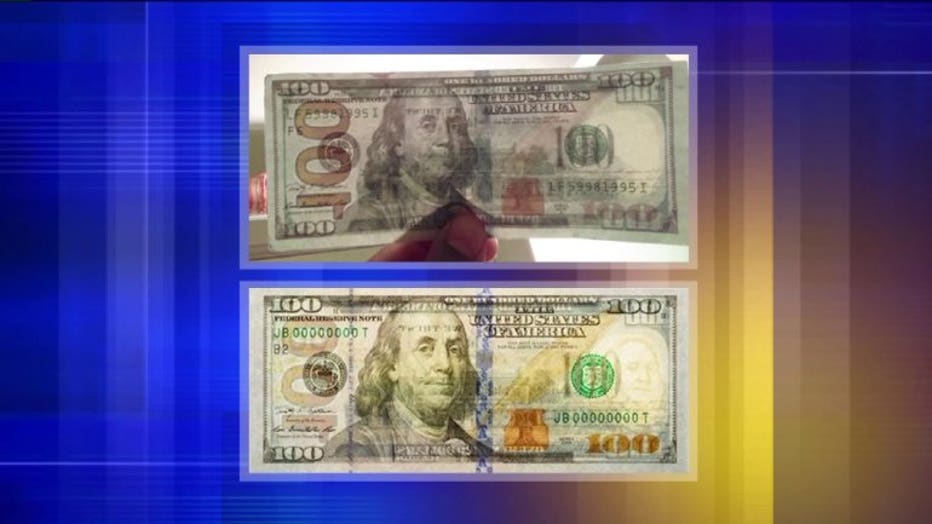 "I decided to call the police," said Lonell.

They also decided to look online for other cases involving counterfeit money -- and found the picture you'll see below posted on our website, FOX6Now.com. The picture shows a man business owners in Walker's Point say has been hitting up bars with counterfeit cash including fake $100 bills. 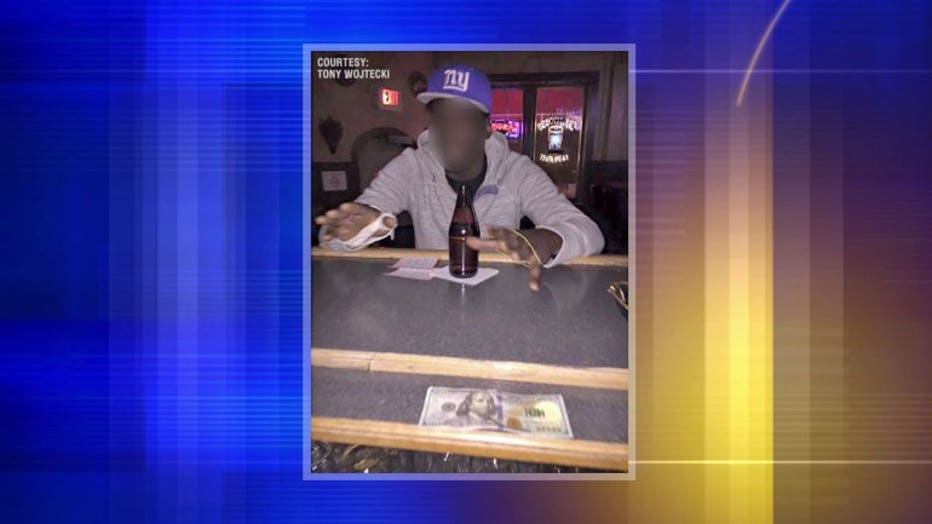 "I was shocked. Like, you ain't got enough brains to change your clothes at least?" said Lonell's girlfriend.

FOX6 News has blurred his face because police haven't officially identified him as a suspect. But in both the bar's picture and the video, the accused man wears a blue New York cap and a gray hooded sweatshirt. 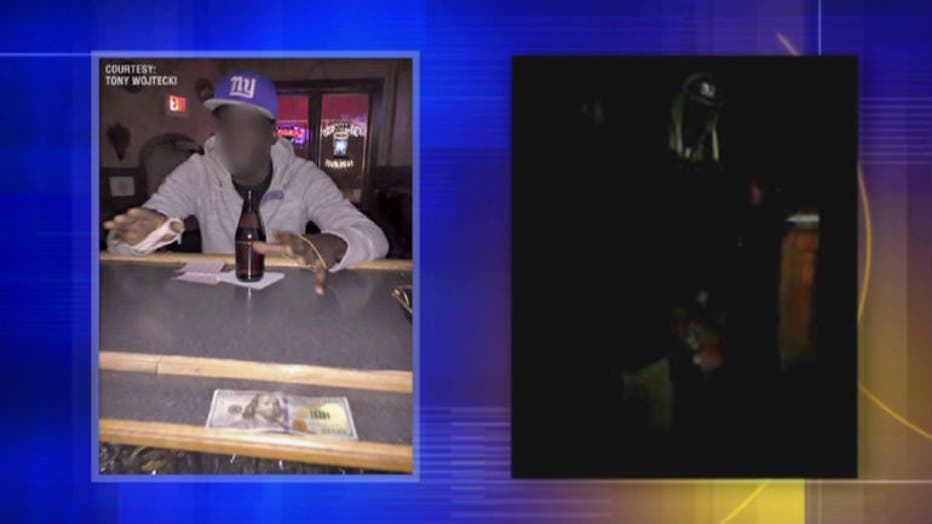 "He's a coward because you're taking from people. People are here trying to make a living someway, somehow -- because it's not easy at all," said Lonell's girlfriend.

Police say they're looking for the suspect who allegedly stole that TV, and they're investigating whether he's connected to other cases involving counterfeit cash in the area.