WAUWATOSA -- Showers and storms quickly moved through southeast Wisconsin Sunday afternoon, May 19 -- leaving some damage in their wake. The damage was isolated, with two trees down just a few feet apart, and no damage at all across the street and around the block.

"It just came up and you could hear it howl," said James Beck, homeowner. "I heard this loud crack and I thought, 'Oh my God. I hope it's not the tree.'" 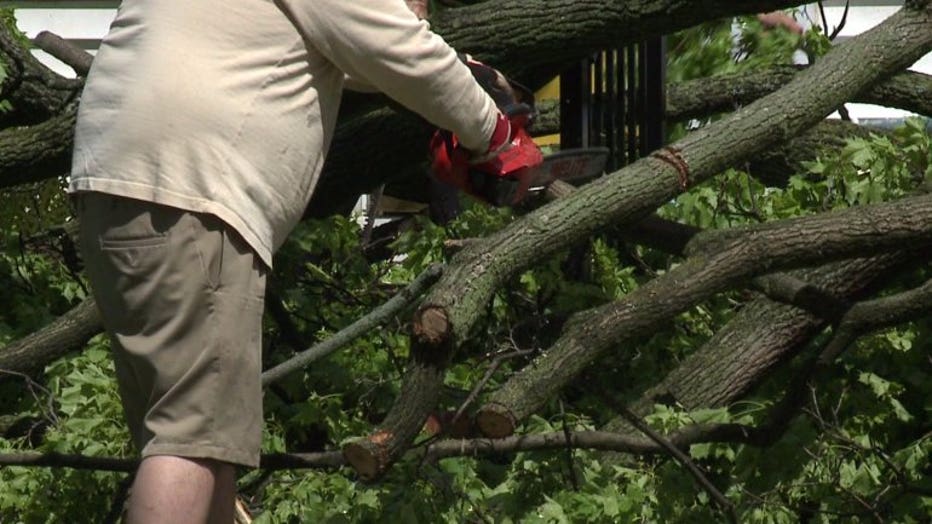 It was the tree -- snapping mid-trunk and slamming down dangerously close to the neighbor's vehicle. Beck said he was more concerned about the house next door -- with daylight peeking through the roof and siding. 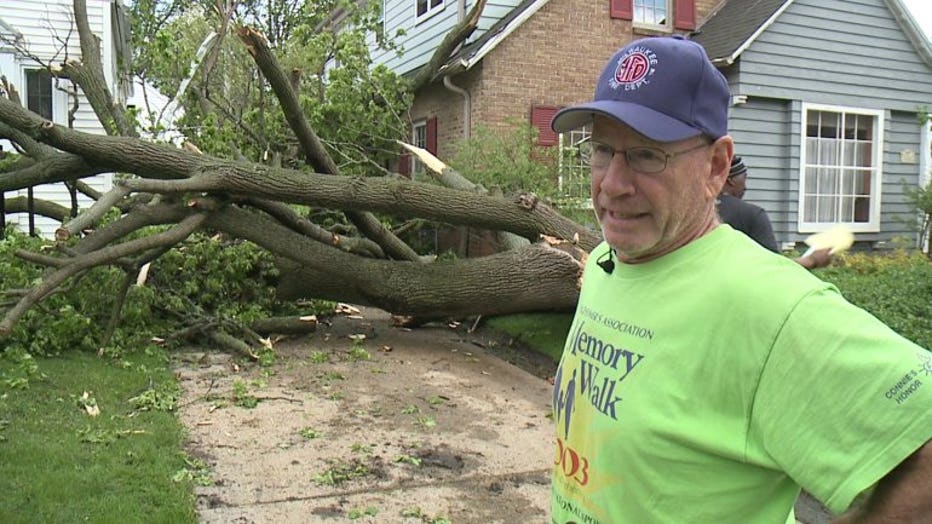 "The parts of the tree branches there have impaled themselves into the roof," said Beck. 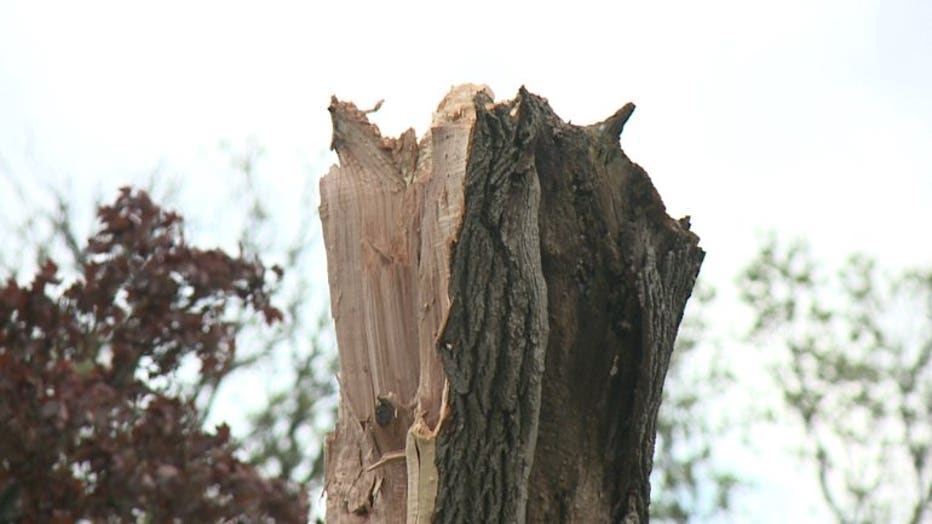 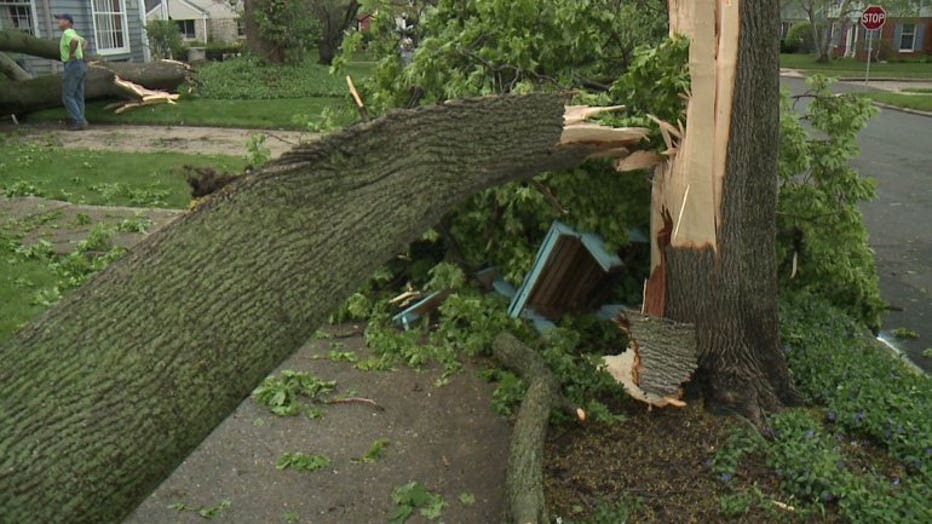 Straight-line winds, estimated around 60 miles per hour, swept through many areas as scattered thunderstorms converged in a matter of minutes, making for a quick, powerful blast. Time-lapse video from FOX6's Estabrook Park tower camera showed it even better.

On the street below, trees were uprooted near 60th and Oklahoma. Milwaukee police monitored a tree resting on a fence along Lincoln Memorial Cemetery. Dozens of others fell inside the grounds. 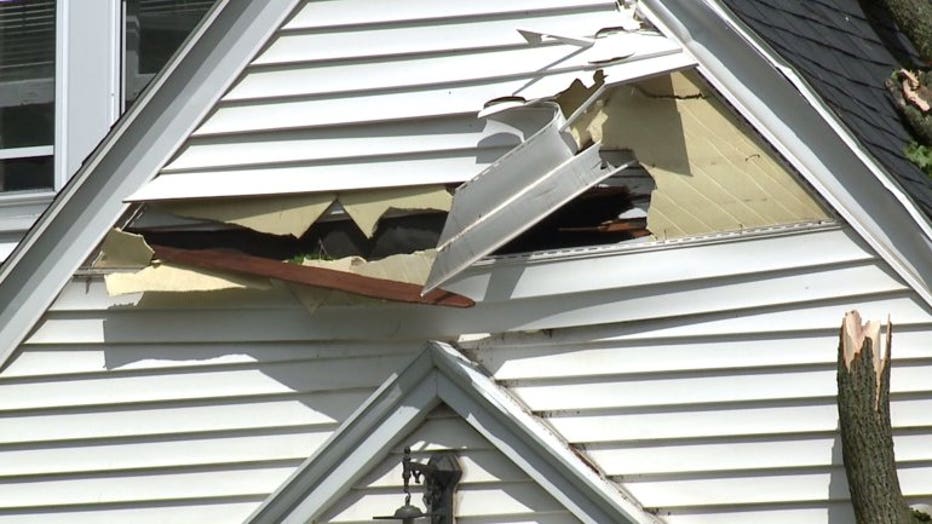 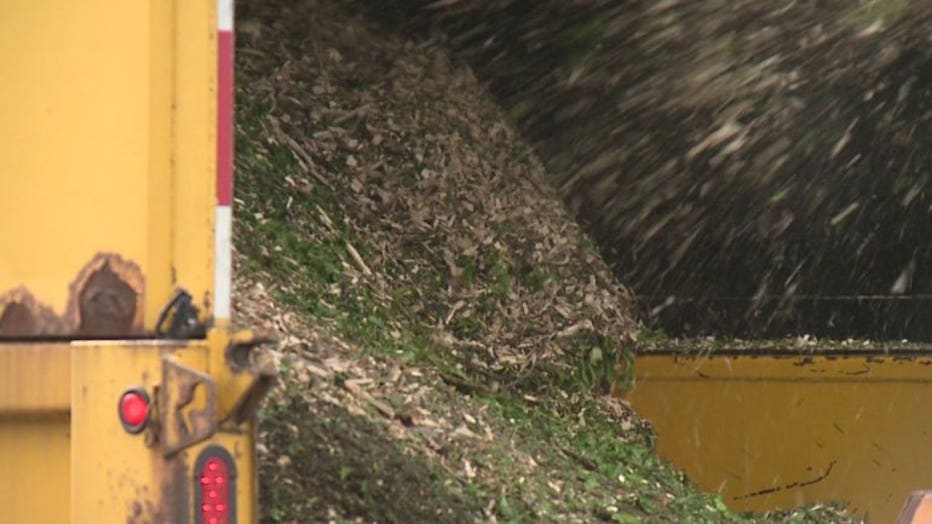 At 54th and Keefe, City of Milwaukee Department of Public Works crews provided the best entertainment in the neighborhood. Children watched as the mess became mulch.

Back in Wauwatosa, there was a sense of relief that no one was hurt, and all the damage could be repaired.

"Everybody here has insurance and it will be covered," said Beck. 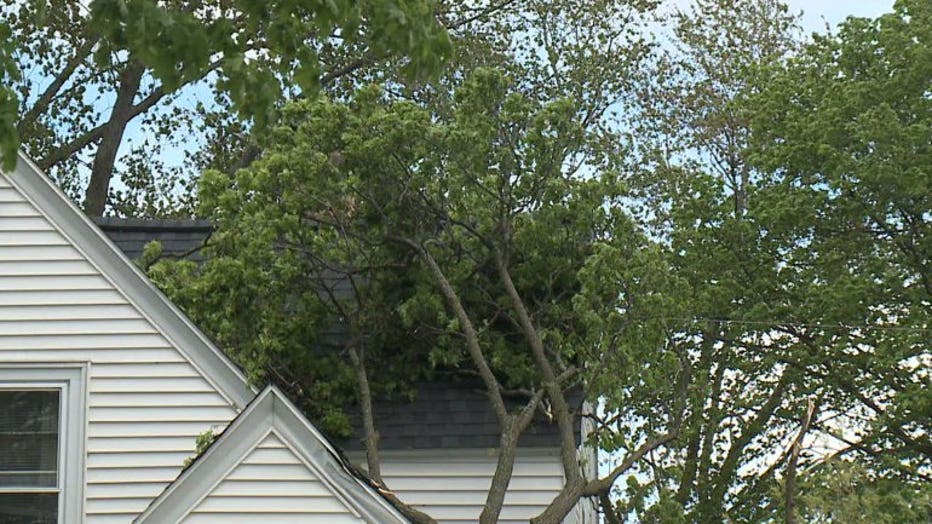