Wisconsin sports officials are blowing the whistle on harassment and assault

Wisconsin sports officials are blowing the whistle on harassment and assault

RACINE — A string of recent outbursts caught on video has sports officials in Wisconsin on edge. Referees say the worst offenders aren't even on the field.

Fans have been harassing umpires and referees since the dawn of sports. But the men and women in zebra stripes say fan behavior is getting worse, sometimes even dangerous. And now, a national organization based right here in Wisconsin wants lawmakers to do something about it.

Sometimes it's the players. Other times, the coaches. But when it comes to poor sportsmanship, a survey of more than 17,000 referees across the country finds the number one culprit is parents.

"People have to settle down," said Barry Mano, publisher of Referee magazine and founder of the National Association of Sports Officials in Racine. 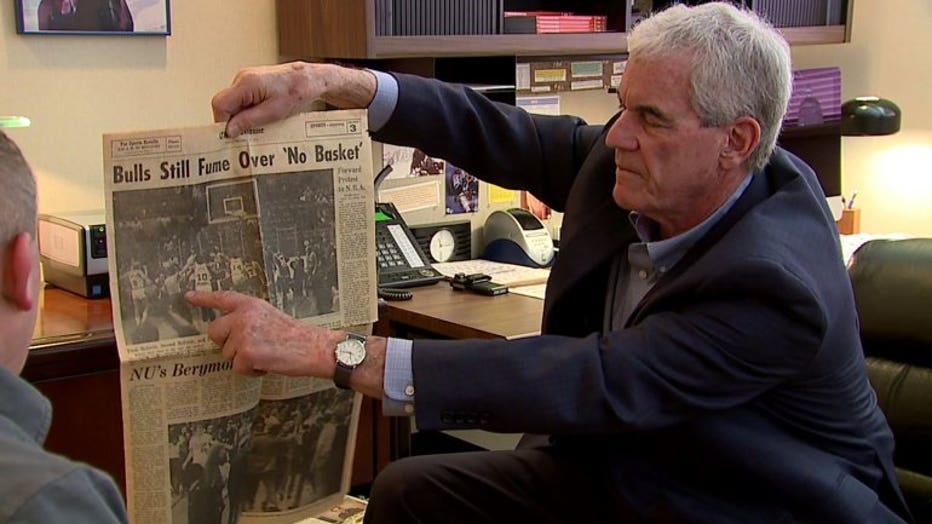 Barry Mano founded the National Association of Sports Officials in the 1970s after his brother (an NBA referee) was shamed in the Chicago Tribune for a call that was ultimately upheld.

Mano launched NASO in the 1970's after the Chicago Tribune shamed his brother, an NBA official, over a controversial 'no basket' call that kept the Bulls from pulling off a last-second victory over the Los Angeles Lakers. Mano says the NBA confirmed that he made the right call four days later, but by then the damage was done.

"I said 'You know, we should have our own voice. This is nuts,'" Mano said.

More than 40 years later, NASO provides tens of thousands of sports officials nationwide with training, insurance and legal assistance. But Mano says it's getting harder to keep those refs from hanging up their whistles.

"There is not enough warm bodies to fulfill the assignments that we have," he said.

And it's not just a problem in Wisconsin. Brian Barlow, an Oklahoma Soccer referee, got so fed up with the poor treatment of officials that he started a Facebook page called 'Offside'. 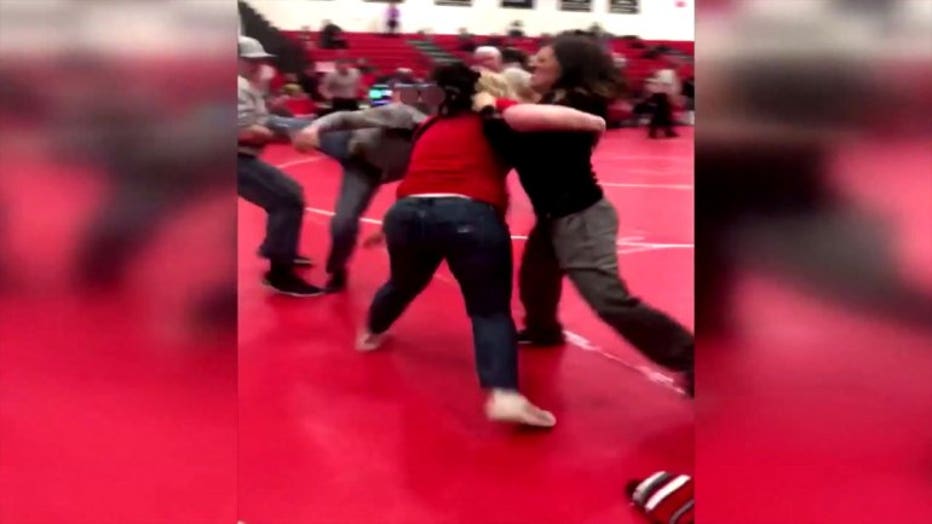 A brawl between parents breaks out at a youth wrestling tournament in Kimberly, Wisconsin.

"I put my money where my mouth is," Barlow said.

His page offers $100 for videos of fans, coaches or players behaving badly, especially towards officials. He calls the people who exhibit the poor behavior 'cheeseburgers.'

"Well, I can't call them a**holes," he said. "Yeah, I'm shaming people into understanding they have to be more responsible. Our kids are watching."

While most  fans are supportive and encouraging, Mano says it's the truly rabid parents who make youth sports worse for officials than even college or the pros. 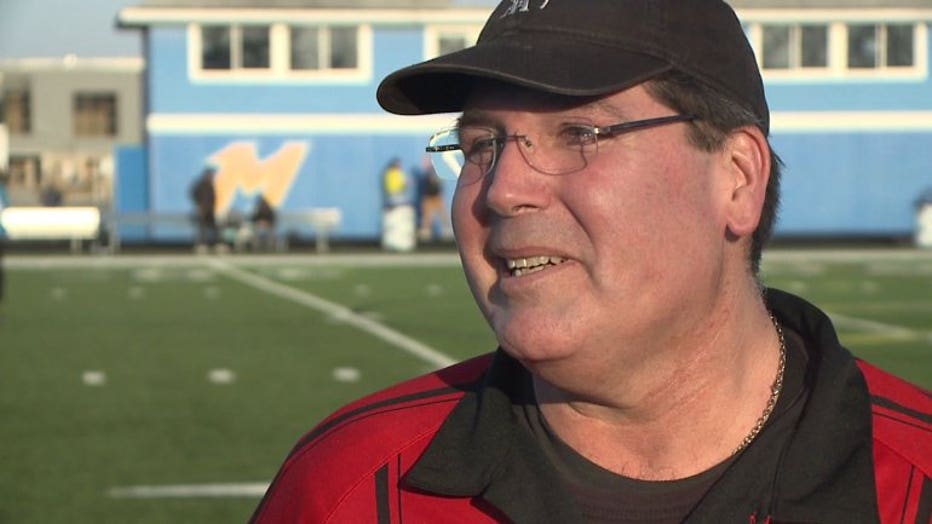 Earlier this year, a 12-year-old fan of a U19 indoor soccer team punched Terry From in the face. The incident was captured on cell phone video.

And a recent string of incidents in Wisconsin demonstrate the point. In February, a brawl broke out between parents at a youth wrestling tournament in Kimberly. Three weeks later, former Green Bay Packers Coach Mike McCarthy is caught berating an official after his son's high school basketball game in Green Bay. And just a few days after the McCarthy incident, Terry From was officiating a tense, indoor soccer championship game in Brookfield when tempers flared and things got out of hand.

Cell phone video of the incident shows a 12-year-old boy throwing a water bottle in the midst of the post game chaos.

"I ran over there towards that individual, and I said stop throwing bottles you could get arrested. And he took a swing at me," From said. "He came out of nowhere and sucker punched me and then ran."

From is still officiating soccer games for the WIAA, but says he understands why others are getting out.

"Something has to be done to protect us, otherwise no one's going to be refereeing anymore."

Incident reports filed with the WIAA show referees are routinely insulted, cursed at, berated and disrespected. But sometimes, the harassment crosses the line into threats. Even physical assault. 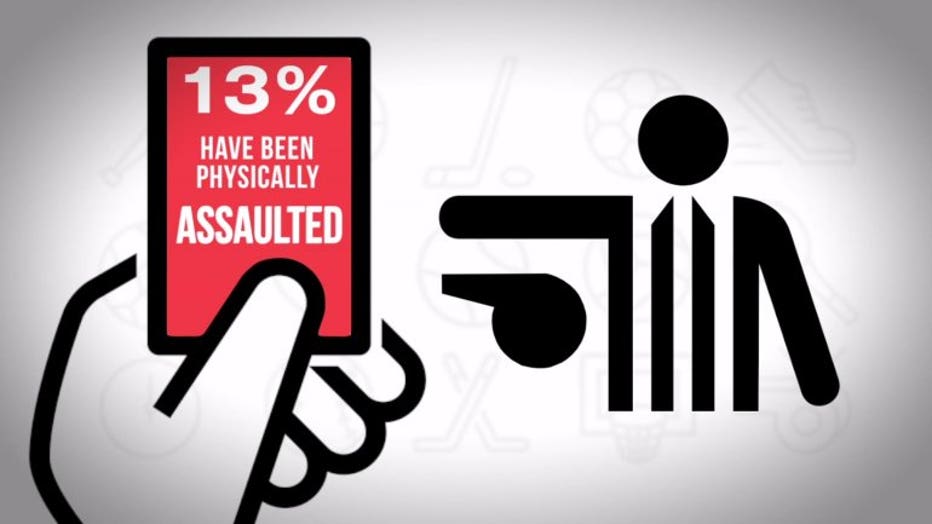 A survey of more than 17,400 sports officials found 13% claim to have been physically assaulted during or immediately after a game.

"Officials today are really thinking ahead about where to park the car," Mano said.

"Because you become a target," asked FOX6 Investigator Bryan Polcyn.

"You become a target. Imagine that we are having this conversation."

Patrick Anderson says he still has nightmares about the post-game attack by the coach of the Division III UW-Rock County basketball team in January of 2018.

"He was enraged," Anderson said at the sentencing hearing for Jamal Mosley, who was fired from his coaching job and convicted of attempted battery.

Mosley said it was a pair of technical fouls and a perceived racial slur that set him off. He and his son, J'Shon Mosley, followed Anderson toward the dressing room and unloaded a flurry of fists.

"And there was a full on melee where the victim was battered," said Shawn Woller, Assistant District Attorney for Waukesha County.

"I mean, it is serious stuff," Mano said.

And sometimes, it's truly dangerous. 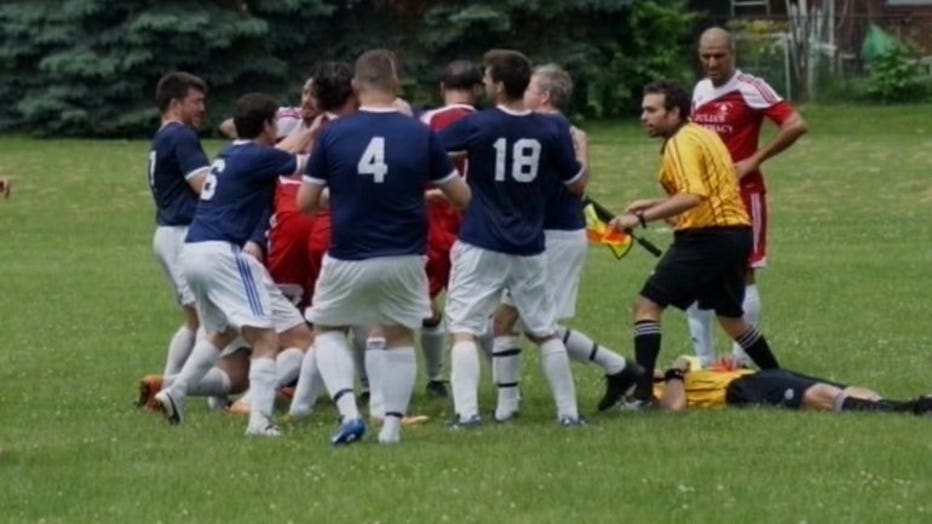 In 2014, a soccer referee in Michigan died after getting punched in the face for pulling out a red card in a men's over 30 recreational soccer game.

In 2013, a soccer referee in Utah died after getting punched in the face by a 17-year-old. In 2014, another official was killed in Michigan with a single punch. And earlier this year, a Kentucky basketball referee was beaten unconscious after a controversial, game-ending call.

"It just has to stop," said Andy Milligan, referee instructor for the US Soccer Federation in Ohio. He's teaming up with Ohio State Senator Kristina Roegner to increase the penalty for assaulting a sports official in that state.

"It's definitely a problem," Roegner said.

Accoriding to the NASO, 23 states now have laws on the books that provide special protection for officials.

"We want to be a defined class, such as what you have with firefighters or police or public transit drivers," Mano said.

But Wisconsin is not one of them.

"We need to get a champion over in Madison who wants to run with it," he said.

Until then, a reminder.

"It is a game after all," Roegner said.

Now, they are making that data available for scholarly research. And you can play with the data, too, right on their website at www.naso.org/survey.

As for assault legislation, Mano says he would like his home state of Wisconsin to do what other states have done. But when this issue has come up in the past, he says there's been opposition from those who say assault is already a crime regardless of who the victim is. Mano counters that argument by saying we already have laws that offered a heightened level of protection firefighters and police officers. He believes sports officials deserve an extra level of protection, too.