HARTLAND -- A hand-written note found in North Shore Middle School in Hartland prompted school officials to evacuate the building on Monday, May 8th.

Officials say 375 students were evacuated from the building -- and bomb-sniffing dogs from Milwaukee were brought in to check the building.

Investigators would not say what was written on the note. But per protocol, all threats are taken seriously.

Officials gave the "all clear" on the middle school around 4:40 p.m. 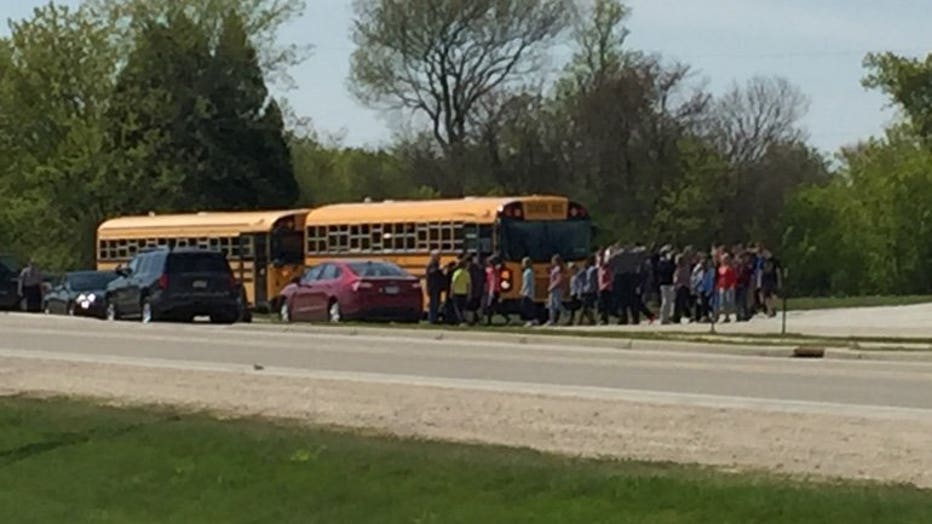