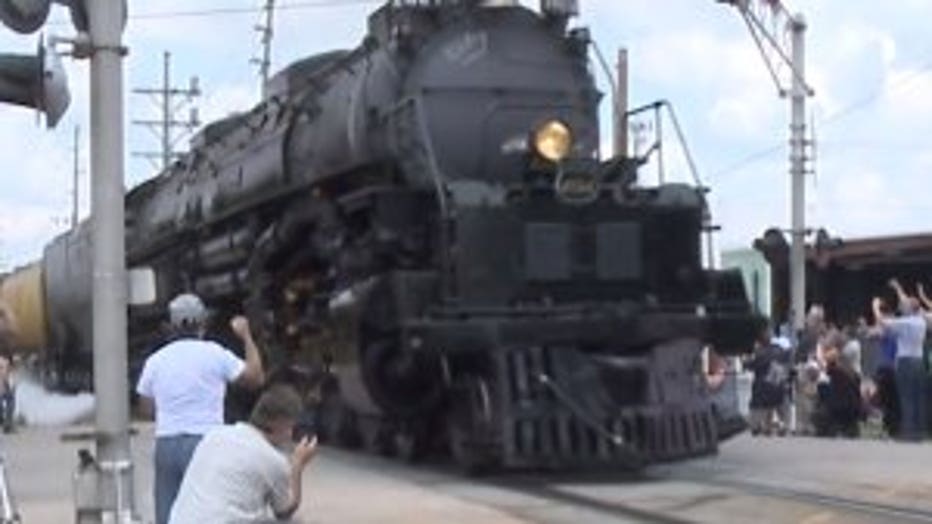 BUTLER -- A piece of history rolled the rails through southeast Wisconsin on Thursday, July 25 -- the world's largest and oldest steam locomotive -- Union Pacific's Big Boy No. 4014.

The steam locomotive, which itself stretches 132 feet, was decommissioned for 60 years, but after two years of restoration, it was back on the rails.

"The minute I heard there was a steam engine like that coming through, I knew I had to bring him out here to see it," said Ted Jansen of Milwaukee.

Jansen was not alone. Hundreds of people lined the tracks to catch a glimpse of this wonder of engineering. It was a once-in-a-lifetime opportunity.

Jansen has had a love for trains since he was a little boy. On Thursday, Jansen brought his grandson along to witness the steam engine.

"I wanted to make sure Logan got to see it, because there may not be another opportunity," Jansen said.

"I just like looking at them and watching them," said Logan Monfre.

Several kids put pennies on the rail as a token to hold onto the memory forever -- as the Big Boy made a big impact in Butler. 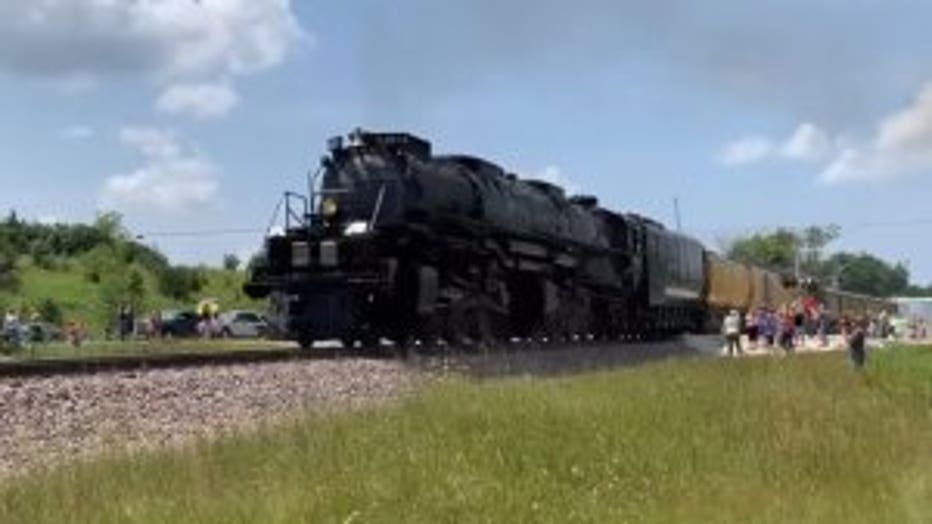 "When the train came through, it squished it," said Monfre.

"You can't help but be emotional when people are reacting so happily to something we were able to accomplish," Dickens said.

The Big Boy was scheduled to leave Butler at 8 a.m. on Friday to head to Chicago. You can track its progress by CLICKING HERE.