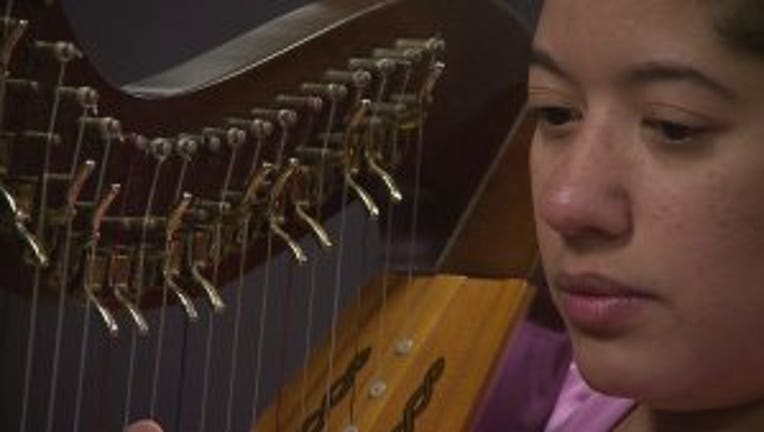 Rebecca Dishaw played harp for 26 hours and 50 minutes straight -- that's more than an hour longer than the previous record set by a California high school student in 2010.

Dishaw contacted Guinness Book of World Records earlier this year — and received official approval to make an individual attempt for the record. 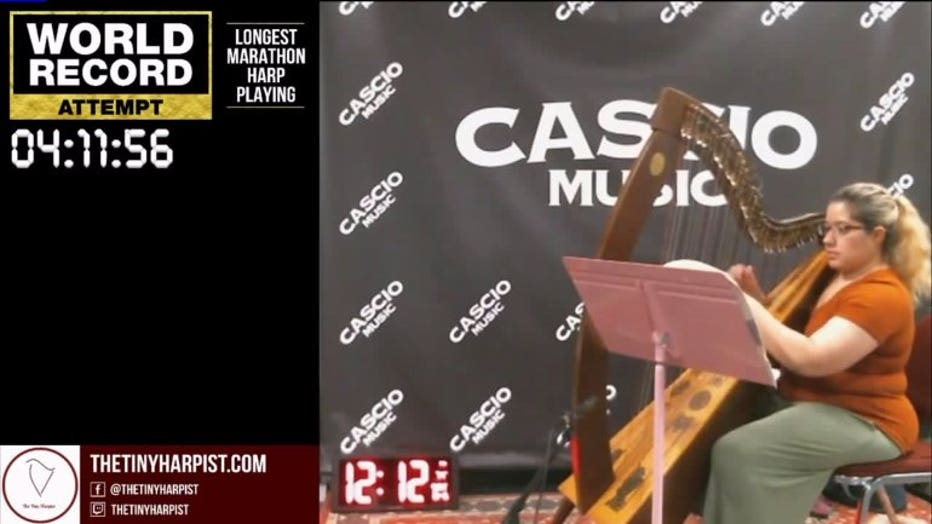 For more information about Rebeca “The Tiny Harpist” Dishaw and her world record attempt, visit thetinyharpist.com.