Women play a large role in the U.S. Navy

Women play a large role in the U.S. Navy

Mercedes Hill is a self-described paper-pusher.

“Logs and records,” she says. “This is where all the paperwork magic happens.” 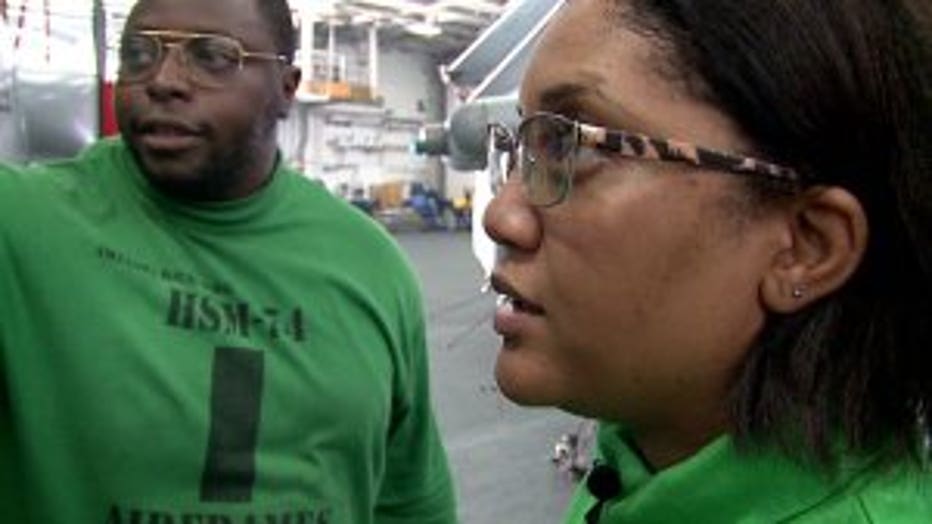 But few clerical workers get to spend their time in an environment as dynamic as the flight deck of an aircraft carrier.

“The crew that just swapped,” Hill says, amidst the whir of a helicopter’s rotors. “I’m going to get their paperwork and log their flights.”

Hill is a Milwaukee-native and member of the Swamp Foxes, a helicopter squadron onboard the USS Dwight D. Eisenhower. 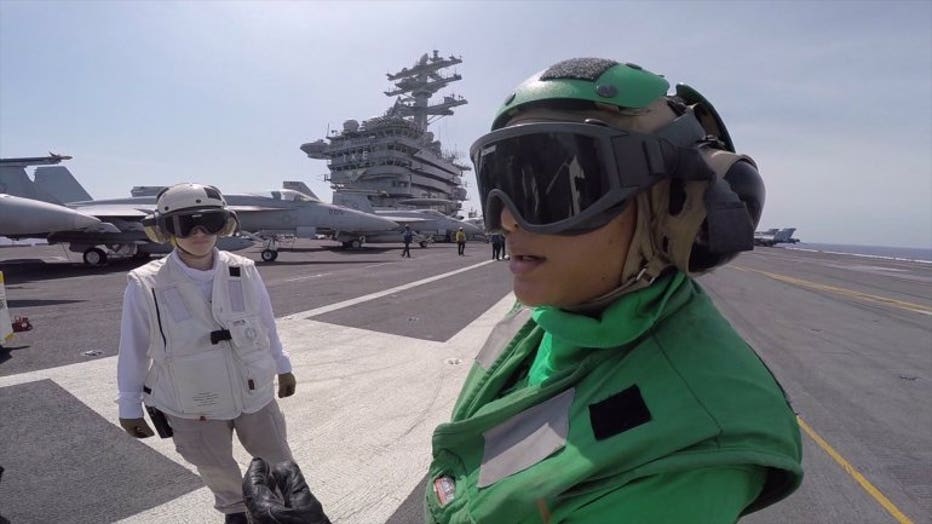 “Every single part gets tracked,” she says. “And that’s what I’m in charge of.”

She may not be a pilot, but Hill plays an integral role in every mission her squadron flies.

“One number off or one hour off makes a huge difference,” says Hill, stressing that attention to detail is an essential trait. “On a part transfer, or an aircraft being down or parts being overflown.” 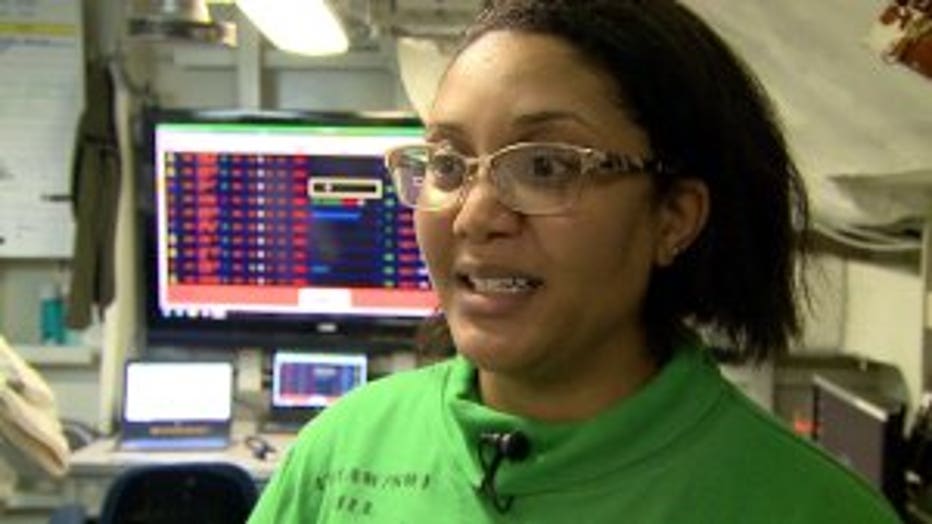 And Hill is also exactly the type of person the Navy wants to promote – a fifteen-year vet who has managed to balance her career with life as a single-mother.

“She’s my drive, I love my daughter to death,” says Hill, whose mother lives with her as well and takes care of Elisia when Hill is on deployment. “That moment coming home from deployment is like, ‘Oh man, I missed you so much.’ ”

Over the past thirty years, the percentage of women in the Navy has grown from 8% to 18%. And from ships to planes to submarines, all jobs are open to anyone. 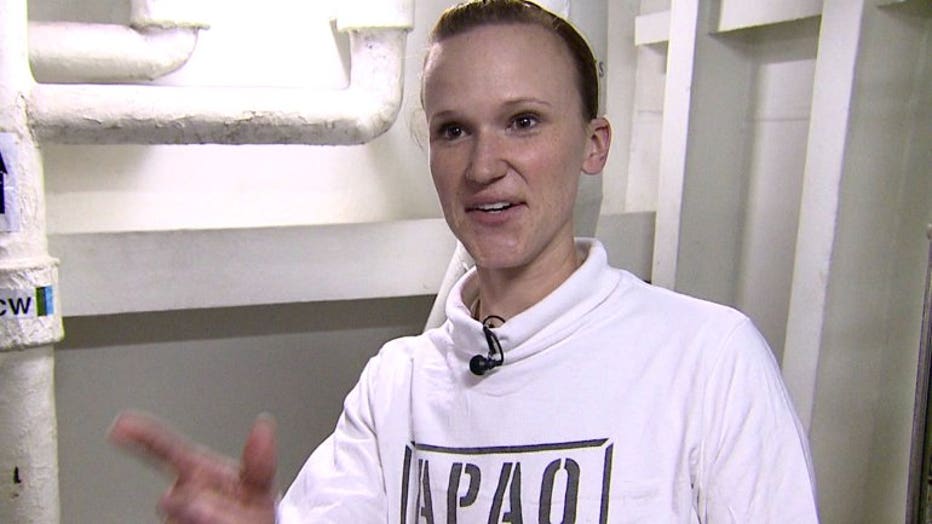 “I don’t really think there is a difference being a female in the Navy."

“I don’t really think there is a difference being a female in the Navy,” says Lieutenant Jr. Grade Katie Diener. “The military is very accommodating to everyone.”

Diener grew up in Kenosha, and seven years ago traded a job at Rockwell Automation for life as an Assistant Public Affairs Officer.

“Being out on the sea,” she says. “You almost get a little addicted to it.” 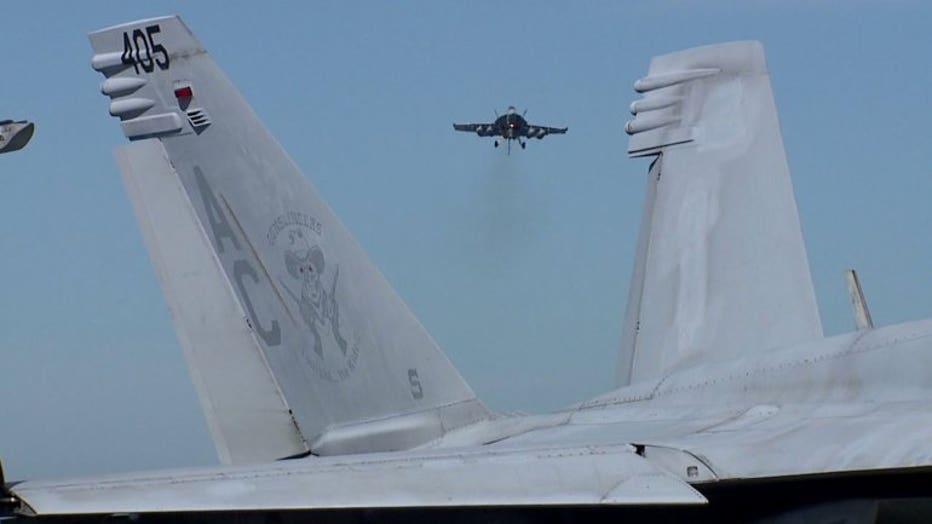 Both of these Wisconsin women plan on spending their entire careers in the Navy.

“I’ll stay in until they don’t want me anymore,” Diener states.

And to encourage more to follow suit, the Navy created something called the Career Intermission Program. 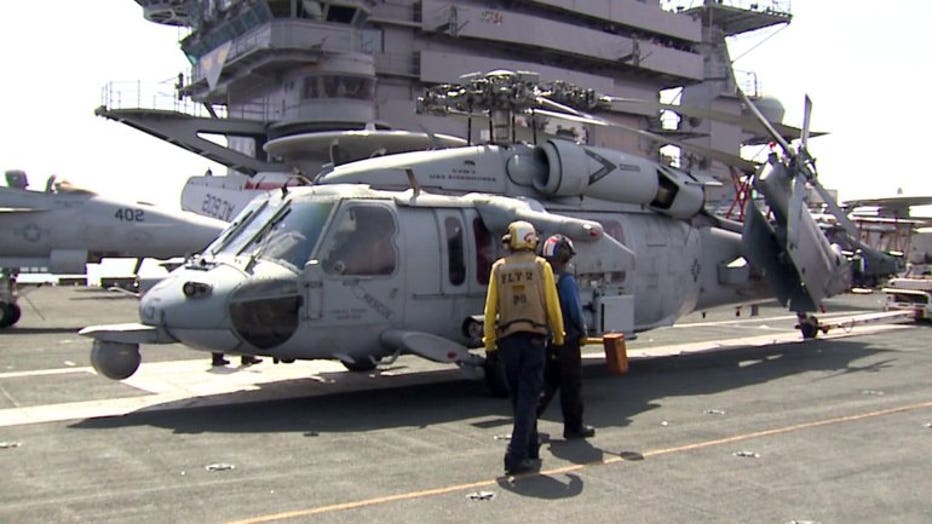 Officers and enlisted sailors are able to transfer out of active service for up to three years, while keeping full benefits and the same rank or rate when they resume.

127 sailors have taken advantage of the program since it started seven years ago.

The idea is to give women the flexibility to start a family, while not sacrificing their career.

"Mommy is doing this because I want to make your life better than my life was."

Diener and Hill will tell you there are plenty of benefits to a life in the Navy, both professionally –

“You know, when I’m sitting in a helicopter in the Mediterranean,” says Diener. “You have one of those moments like, ‘This is pretty awesome.’ ”

“I was able to pass my GI Bill over to her,” Hill says of her daughter. “So she will have money for college.”

Ensuring a future at home, while protecting American interests abroad.