Woman watches as dog viciously attacked by another dog in his front yard: “I know this dog wanted to kill him”

Woman watches as dog viciously attacked by another dog in his front yard: "I know this dog wanted to kill him"

WEST BEND (WITI) -- A West Bend woman and her dog are recovering from injuries from a dog fight in her front yard. She says it started in an instant. This, as the owners of both dogs involved claim their dogs were only acting in self-defense.

"The only thing that went through my mind was, 'he is not going to die,'" Janet Mundt said. 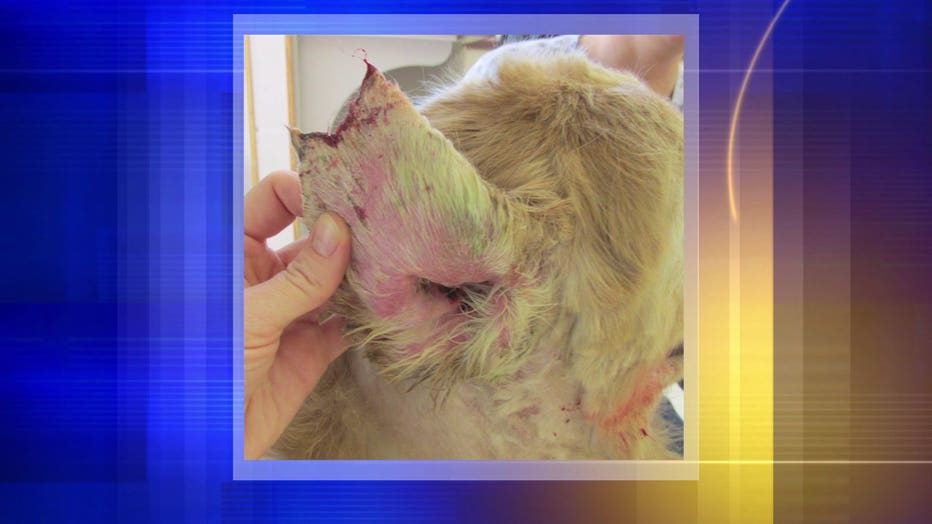 Mundt's 10-year-old Golden Retriever Drake has a tight bandage around his head. On Sunday, May 24th, Mundt says a neighbor's dog jumped from a passing truck and attacked Drake, biting off a quarter of his ear and biting his chest.

"He didn`t deserve this. The dog had let loose and it was going right for his jugular," Mundt said. "Drake was screaming -- just screaming, and I was screaming."

It happened in Mundt's front yard.

"I literally pulled Drake up and the dog was on top of him," Mundt said.

Witnesses told West Bend police they saw the dog jump out of a moving truck and attack Drake. The responding officer found two people trying to break their dogs apart.

"I did everything. I was kicking the dog -- anything I could think of because this is my baby," Mundt said.

The officer saw blood on the Golden Retriever and Mundt and says the other dog, a two-year-old male Dogo Argentino (a bulldog mix) named Zeus was clamped onto Drake's leg.

"(Drake) was just so upset. He didn't know what he was doing," Mundt said. 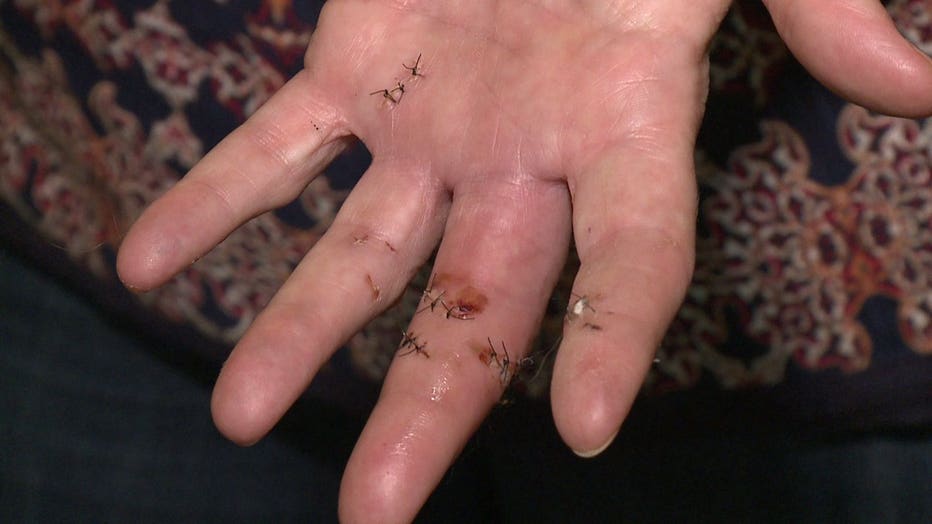 Mundt herself needed many stitches for bites she received trying to separate the dogs.

FOX6 News spoke with the owner of the other dog, Zeus, who said her dog jumped out of the truck to play. She said Drake attacked her dog first.  She also said she was injured by Drake.

Zeus' owner says he has his own injuries, and that he never bit Mundt -- something Mundt disputes.

"I know this dog wanted to kill him," Mundt said.

Mundt says her dog has never been in a fight before.

"He maybe kissed somebody to death, but he never bit anyone," Mundt said. 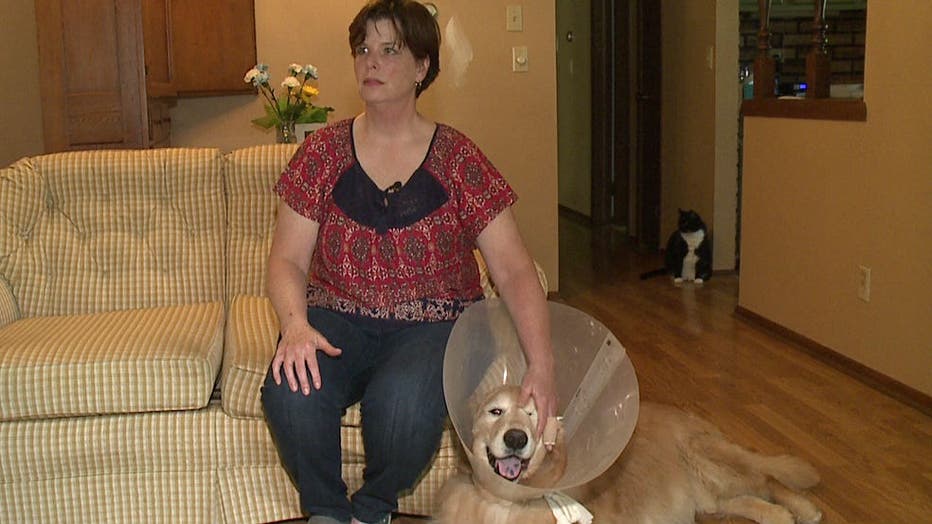 Drake is missing an eye due to glaucoma. It is not related to the attack.

Because neither dog has a history of attacks, both are back home under 10-day quarantines.

Police say Zeus' owner was cited for not having a license for the dog.