BROWN DEER -- A suspect has been arrested in connection with a case where a Brown Deer veteran was scammed -- her money stolen after she tried to purchase tickets to the Packers vs. Cowboys game at Lambeau Field on October 16th for her fiance's birthday. The 35-year-old suspect, Tammy Lam, was arrested for "fraud by false pretense" in Port St. Lucie, Florida.

According to a police report filed in Port St. Lucie, Florida, police there got involved on October 19th, after learning from Brown Deer police of a fraud that occurred on August 12th when Nicole Hoffmann responded to an ad on Craigslist -- looking to purchase tickets to the Packers/Cowboys game at Lambeau Field.

Hoffmann contacted the seller, Tammy Lam, and ordered the tickets, being sold for $550, according to the report. Hoffmann sent Lam two personal checks for $275. Both checks were deposited by Lam by September 1st. 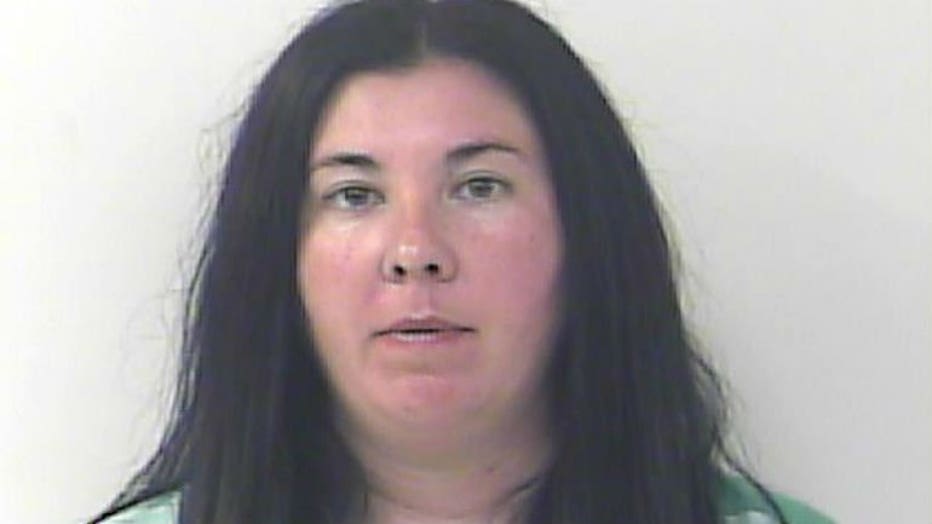 The report indicates Hoffmann learned from Lam that the tickets would be mailed to her on September 3rd. When she requested a tracking number on that date, the report indicates she never got a response from Lam. Feeling she'd been scammed, Hoffmann went to Brown Deer police.

Police in Port St. Lucie, Florida recognized Lam's name as someone they'd had contact with regarding other complaints about her selling tickets for sporting events that were never delivered once payment was made.

Port St. Lucie police reached out to Lam via email, and she confirmed the woman from Brown Deer had paid her for Packers tickets. Lam told police "I have been refunding her on Fridays. I have today's payment attached." Attached was a photo of a payment made through "Circle," similar to PayPal, showing a $75 refund being made to the buyer from Brown Deer.

Police contacted the woman in Brown Deer, who indicated she had not received any payments from Lam, and knew nothing about "Circle."

Port St. Lucie police contacted Lam again, and she stated she had made three payments as of October 21st.

The victim was asked by police to contact "Circle" and inquire about these payments.

On October 28th, police learned from Hoffmann she'd been in contact with "Circle," and officials there told her no money had been sent to her. She learned the transactions were started, but cancelled before they were sent. The image sent to police showing the $75 payment was the image on the screen just prior to the money being sent, and then the transaction was cancelled.

Police reached out to "Circle" and confirmed two transactions were cancelled after initiation.

Port St. Lucie police then issued warrants for grand theft and scheme to defraud against Lam -- and she was arrested.

Brown Deer police stepped in to save the day for Nicole Hoffmann, the victim in this case -- donating replacement Green Bay Packers and Wisconsin Badgers tickets to her -- thanking the veteran for her service.

Hoffmann was brought to tears by the gesture.

"It's not the Dallas game, but it's two weeks later, so hopefully that's close enough to your fiance's birthday," an officer said in the video.

A group of Brown Deer police officers stopped by Hoffmann's home to hand-deliver the tickets and thank her for her service. The officers and some people close to the officers came together to make the donation possible.

"I felt so embarrassed. I still feel embarrassed. I sent her $550. I try to have faith that there's nice people in the world and I just became a dummy to the scam," Hoffmann said.

This scam was reported to Brown Deer police on September 3rd.

"It just kind of bothered me," Brown Deer Police Officer Nick Anderson said. "It didn't sit well with me."

Officer Anderson took it upon himself to make this right.

Through friends' donations, he was able to get four tickets for Hoffmann -- two for a Packers game, and two for a Badgers game.

"It`s a small gesture. It`s really not the debt that we owe our veterans. This is nothing," Anderson said.

Hoffmann said that 'small gesture' is something she'll never forget.

"It gives me faith again that there are good people out there," Hoffmann said.