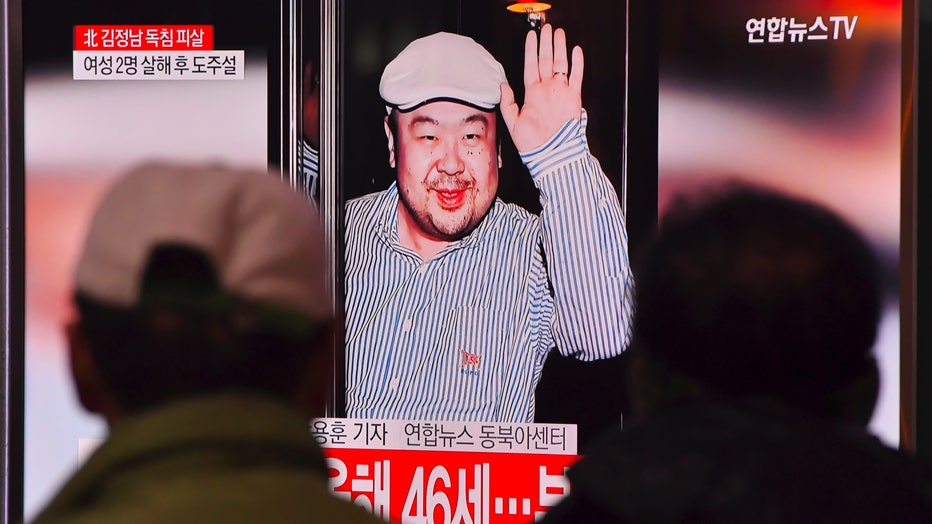 An assassin in an ‘LOL’ T-shirt?

Malaysian police arrested a woman on Wednesday in the suspected murder of North Korean leader Kim Jong Un’s estranged half-brother in an airport — an apparent assassination that some experts believe was ordered by the supreme leader.

Kim Jong Nam, who was either 45 or 46, was attacked Monday in a shopping concourse at Kuala Lumpur International Airport. He died on the way to the hospital; he told medics that he had been sprayed with a chemical. South Korean lawmakers, citing the nation’s intelligence agency, said that two female assassins from North Korea killed him with a poisonous spray before fleeing the airport in a taxi.

On Wednesday, Malaysian police arrested one suspect in the case, a woman who was carrying Vietnamese travel documents. Her passport — which has not yet been verified as genuine — bears the name Doan Thi Huong. Officials said they identified her using surveillance video from the airport, which showed a woman wearing a T-shirt with “LOL” written across the front.

At least 340 executions in five years

South Korea’s National Intelligence Service claimed that Kim Jong Un has been plotting to kill his half-brother for at least five years and even orchestrated a botched 2012 assassination attempt.

Following the failed murder — the details of which were not disclosed by the agency — Kim Jong Nam wrote a letter to Kim Jong Un, begging for his life.

"I hope you cancel the order for the punishment of me and my family,” he allegedly wrote. “We have nowhere to go, nowhere to hide, and we know that the only way to escape is committing suicide."

While no one has confirmed that Kim Jong Un or any other North Korean official was behind Kim Jong Nam’s death, an assassination would fall in line with the regime’s pattern of executing its rivals, said Mark Tokola, vice president of the Korea Economic Institute.

Kim Jong Nam had been living in Macau, an autonomous Chinese territory known for its gambling industry, and posed no threat of overthrowing the North Korean regime. But he had been publicly critical of his half-brother — possibly making him a threat in the supreme leader’s mind, Tokola said.

“If you look at what Kim Jong Un has been doing, he has been pretty ruthlessly trying to eliminate his opposition,” he said.

A December report stated that the supreme leader had executed 340 people, including 140 government and military officials, since he came to power in 2011.

Notably, in 2013, Kim Jong Un’s uncle Jang Song Thaek — who was considered the second-most powerful man in North Korea and who pushed for economic reform — was publicly executed with an anti-aircraft machine gun, and incinerated, according to South Korea’s National Intelligence Service.

Tokola said that the all-too-common executions could suggest that the supreme leader either feels in control and wants to show off his power — or that he feels weak and wants to take out threats to it.

“Kim Jong Un is either quite strong … or he’s feeling very vulnerable,” he said.

“I’d certainly try to protect myself”

Kim Jong Nam’s death is still under investigation; his autopsy began on Wednesday. Malaysian police said that they’re now hunting for additional suspects in the case, although they’ve released few details about who they are.

If North Korea was behind the killing, Tokola said, it could influence the nation’s relationship with China. Kim Jong Nam had been living in its Macau territory and may have been receiving protection from its government.

China and North Korea have historically been allies, but the relationship has grown tense in the past decade as North Korea has ramped up its nuclear power. Kim Jong Nam’s death may further strain that alliance.

The alleged assassination also sends a message to others who have fled from North Korea and are now living abroad, Tokola said. Just because a defector made it across the border doesn’t mean they are safe from the regime.

“If I were a North Korean defector, I’d certainly try to protect myself,” he said.