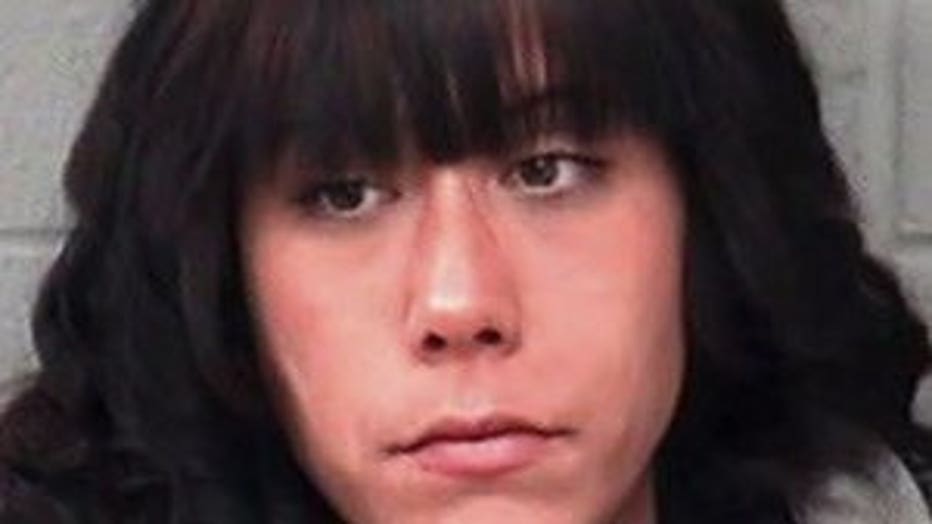 WAUSHARA COUNTY -- A mother has been criminally charged -- accused of faking her toddler's cancer in a scheme for money. Emily Faber, 26, of Wautoma claims mental illness is what led to this, and she's still trying to do the right thing.

FOX6's Contact 6 first told you about the investigation surrounding Emily Faber back in March. We spoke with a Neshkoro business owner who hosted a chili cook-off fundraiser for Faber's daughter. 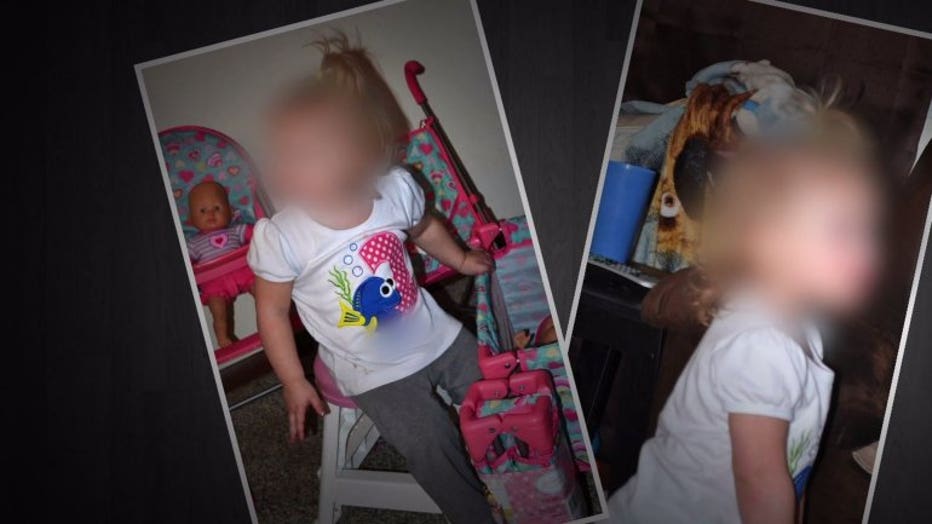 "I just couldn't imagine having a daughter go through that -- so anything to help," said Kayla Mailhot, owner of Kayla's Pub and Grub.

Shawnie Schuldt volunteered to sell bracelets for the cause at her salon in Redgranite.

"I found out shortly after I sold the last bracelet to stop selling them -- that the family had lied about the little girl being sick," said Schuldt in March.

Family members spoke anonymously with Contact 6, and said the child herself thought she had cancer, but over time, they became skeptical. 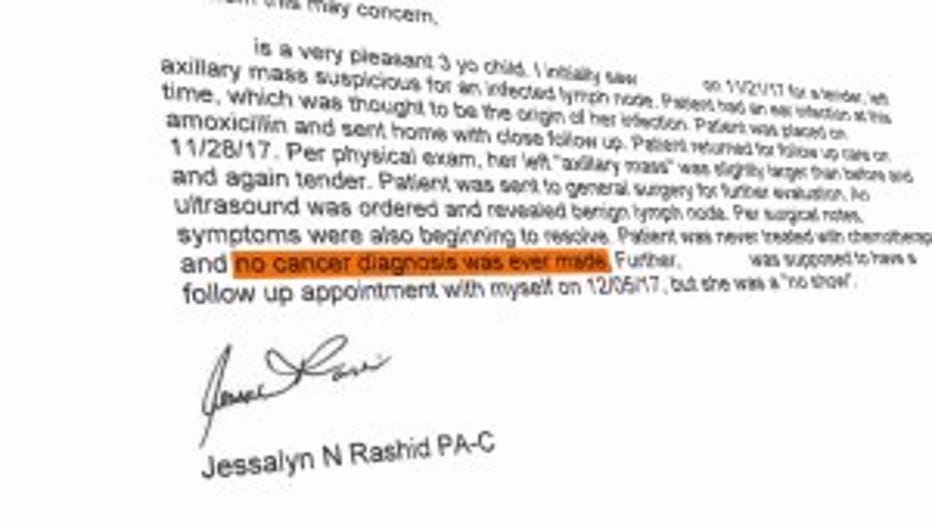 According to a criminal complaint, on the evening of Jan. 22, Faber turned herself in at the Waushara County Sheriff's Office on a fraud charge. She told investigators in November, she had taken her daughter (who is now 3 years old) to the doctor for a lump under her arm, which she was told might be cancer, and more tests were done. She said she told her family and friends about the possible diagnosis, and said a friend set up a GoFundMe.com account for her daughter. Meanwhile, Faber learned her daughter did not have cancer, but she didn't tell anyone. More than $8,000 was raised through the Go Fund Me account, which was put into the bank account of Faber's boyfriend -- the child's father. She said she would ask him for the debit card when she wanted to buy something, and estimated she spent around $2,000, but noted she wasn't the only one spending the money. 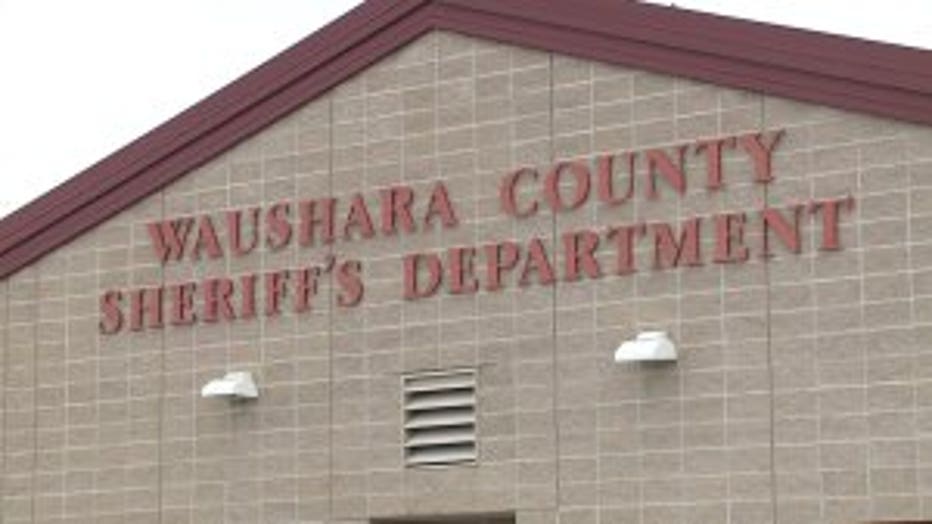 The complaint said Faber told investigators "the money was too tempting, and she didn't know how to tell people the truth." She advised there was another account set up at a bank that she didn't have access to. She said she would drive to Milwaukee, where her daughter was supposedly being treated for cancer, and Children's Hospital officials contacted police, who contacted Faber to ask questions. She said she shut down the Go Fund Me account after that -- advising that she spent the money on gas, driving to Milwaukee, and "buying other things."

She said she "had a guilty conscience and wanted to make things right by turning herself in." The complaint said Faber told investigators she didn't tell anyone her daughter didn't have cancer "because she had not been taking her medication and wasn't thinking clearly."

In addition to the Go Fund Me account, the complaint said friends of Faber set up a local fundraiser and bracelets to raise money, but Faber said none of that money had been released to her. One of those friends told investigators after learning Faber's daughter might have cancer, she saw a Facebook post by Faber indicating her daughter had Stage 2 non-Hodgkin's lymphoma, with the cancer located in her armpit and chest. The friend said she then reached out to Faber "to see if there was anything she could do to help." That friend soon launched the Go Fund Me account in December of 2017 -- which was shared on social media. She said when the account was closed, there was about $8,000 in it.

After that, the friend was in contact with a bar owner in Wautoma, who said she partnered with another business owner -- both of whom were friends with Faber's family. They opened the bank account for fundraising money to be deposited into. That account was linked to the Go Fund Me account. In early January, the friend said Faber reached out for the Go Fund Me password because she wanted to shut the account down "because people were saying negative things, accusing her of using the money for inappropriate things." The friend said she thinks this is when Faber changed the account number for where the money was deposited. She provided records showing $7,000 was withdrawn from the account. 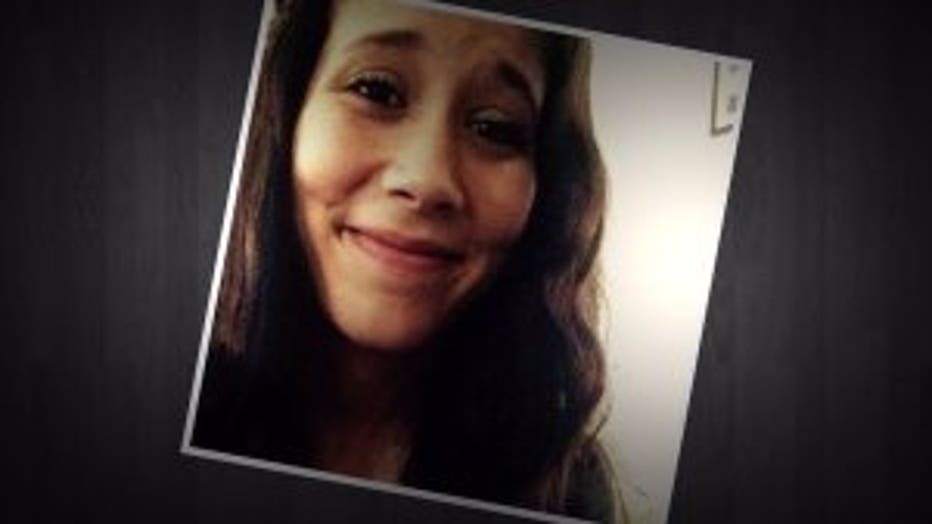 Investigators spoke with the child's father, who indicated he was present for a follow-up doctor's appointment where the doctor examined the lump on the girl's arm and said he thought it was going away, and didn't need to be biopsied. He said Faber "started arguing with the doctor that it is cancer and asking why he wasn't taking this seriously." The child's father said Faber told him for insurance purposes she needed a second opinion that it was cancer, and took the child to Children's Hospital. After that, she said the child had blood drawn and it was determined that the girl had "a slow growing, aggressive cancer." He said Faber indicated "people might think this is fake and that's why she wanted business owners from the community to be in charge of the fundraising bank account" for the girl. The Go Fund Me money was supposed to go into that account as well, but the bank account wasn't set up when people started donating. He said he offered his bank account since Faber didn't have one, and the money was then supposed to be transferred into the bank account for the daughter once it was set up. Faber said "she had spoken with the trustees of the account and they told her to keep the Go Fund Me money and use it for travel expenses to Milwaukee." He estimated he had spent about $1,000 on "things for the house, food, items for the girls and bills." He said he found out in late January that the girl didn't have cancer.

Faber told FOX6 she's in therapy and working to pay back those who donated, as required by the court. The father of the child said she's doing well, and he has custody of the two girls, while Faber gets supervised visits.