MILWAUKEE - Authorities strongly urge the public to send them any information on the potential whereabouts of 46-year-old Khamphanh Phakousonh – wanted for possession to distribute methamphetamine and for being in possession of a firearm.

U.S. Marshals said in February of 2019, Phakousonh unknowingly sold two ounces of methamphetamine to a DEA confidential source. A lab test confirmed the meth was 100% pure.

Days later, a raid of Phakousonh's Milwaukee home uncovered several items consistent with drug trafficking, including 13 pounds of marijuana and more than $25,000 in U.S. currency. Authorities also found a loaded handgun. Instead of starting a prison sentence this year, Phakousonh took off.

"He was supposed to surrender back in January," the U.S. Marshal on the case said. "He’s actually a registered sex offender, so he was charged in 2004 for repeated sexual assault of a child."

Already in a legal mess, authorities said Phakousonh has made his situation much worse. 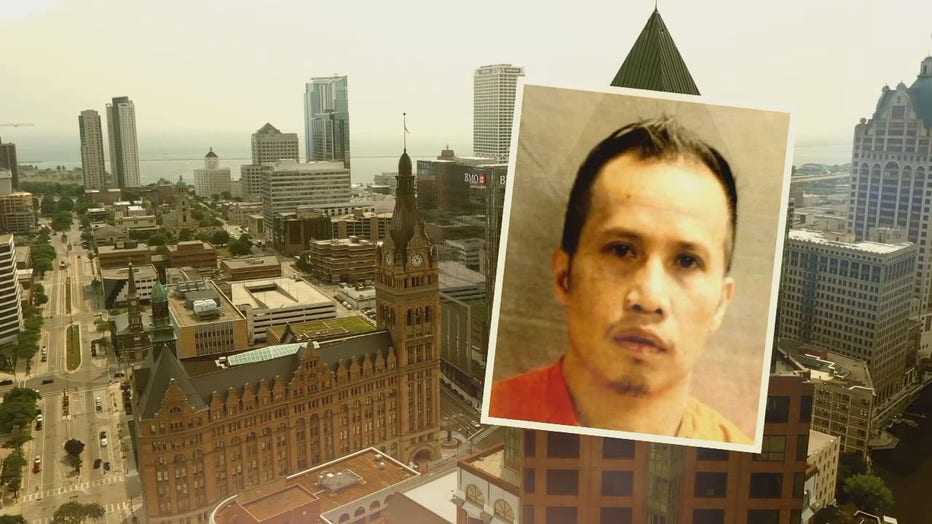 "He’s actually on conditions of release from I.C.E from his previous charge with the sexual assault," the Marshal explained. "Turn himself in, that’s the best way to resolve this issue quickly and safely."

At this time, the 46-year-old is considered a danger to the public. He’s about 5'3" and 130 pounds. Authorities said he is strongly associated with Milwaukee and Racine County.

Anyone with information on where Phakousonh could be hiding should immediately to call the U.S. Marshal's tipline – 414-297-3707.