U.S. Marshals are asking the public for any information that could help find Antonio Jones of Milwaukee. He is wanted for robbery, use of force.

MILWAUKEE - U.S. Marshals are asking the public for any information that could help find 28-year old Antonio Jones of Milwaukee. He is wanted for robbery, use of force.

"For someone to do what he did to a friend; imagine what he would to a stranger," explained the U.S. marshal on the case. "This occurred April of 2021 – somewhere in the area of 107th and Brown Deer."

A meet-up between friends ended in betrayal. Prosecutors say Jones asked to use the victim’s cellphone.

"He goes into the cellphone and ends up 'Cash App-ing’ himself $1,000," the marshal explained.

When the victim realized she was robbed, she confronted Jones. Prosecutors say Jones hit her in the face. He then took her car keys, which had a small, can of pepper spray attached. 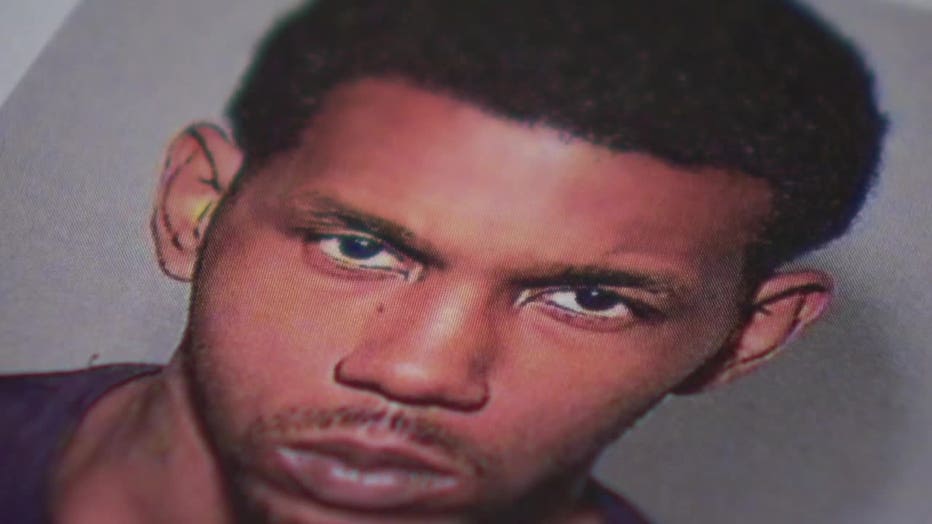 "He ends up spraying her in the face, which brings on temporary blindness. There’s pain – she can’t function at that point," the marshal said. "The suspect comes in, takes her phone away from her and then hops in her car and takes off."

"Armed robberies, strangulation suffocation, narcotics, thefts resisting, obstructing," the marshal said. "We believe he is still in the area, he does have ties to Illinois."

Jones is described as 6 feet, 1 inch and 175 pounds with distinctive tattoos.

"(He) has a tattoo of ‘mob’ with dollar signs and what looks like to be cash," the marshal explained. "Photo, of I believe, it’s a female. Right and left arms are full tattooed sleeves."

U.S. Marshals are asking anyone with information to reach out to the tip line: 414-297-3707. Tips will remain anonymous.