SOUTHEAST WISCONSIN -- The coldest temperature we've seen in Milwaukee so far this winter was 5°F on Jan.  19. If you feel like it's been a mild winter you're not wrong. Throughout the entire month of Jan., Milwaukee is running 8°F warmer than average with only six days coming close to normal. 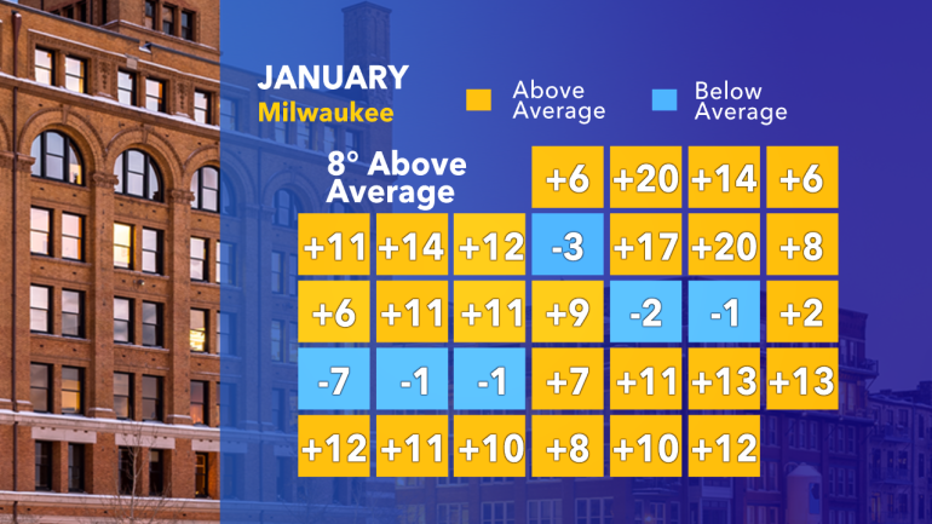 The average temperature throughout the entire day compared to climate norms for the month of January 2020 if we finish the month as forecasted.

Although Jan. 2020 sure hasn't had much bite it's hard to forget Jan. 2019 where we reached a low temperature of -23°F which is only a few degrees off of our all-time record low of -26°F set on Feb. 3, 1996. Arctic cold snaps are nothing new and serve as important natural ways to kill off invasive species but these long-lasting cold snaps are becoming less and less frequent.

Since 1970 we average seven fewer consecutive below-average temperature days and winter 2019-2020 won't be helping that number. 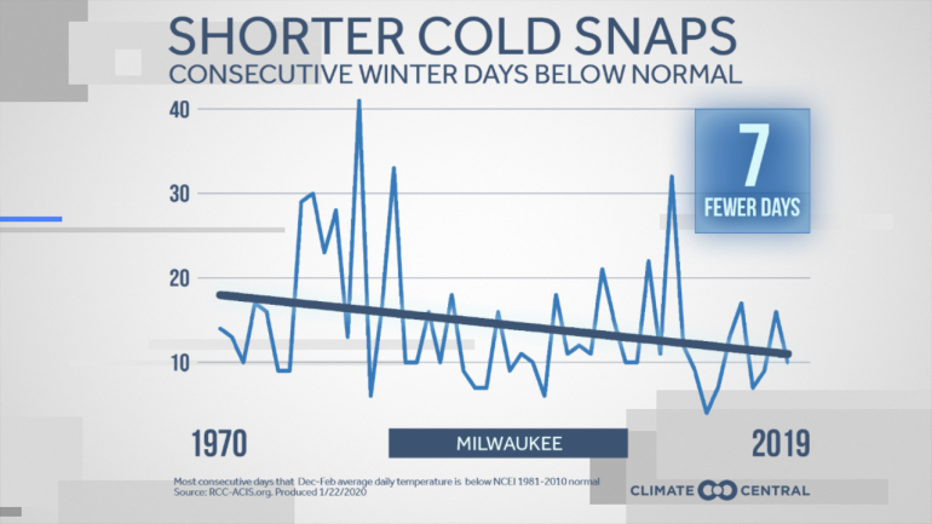 Cold snap frequency, number of consecutive days below average each Winter since 1970.

This Jan. follows the same trend we've been seeing since 1970. The winter months in Milwaukee are on average 5.5°F warmer than they were 50 years ago. 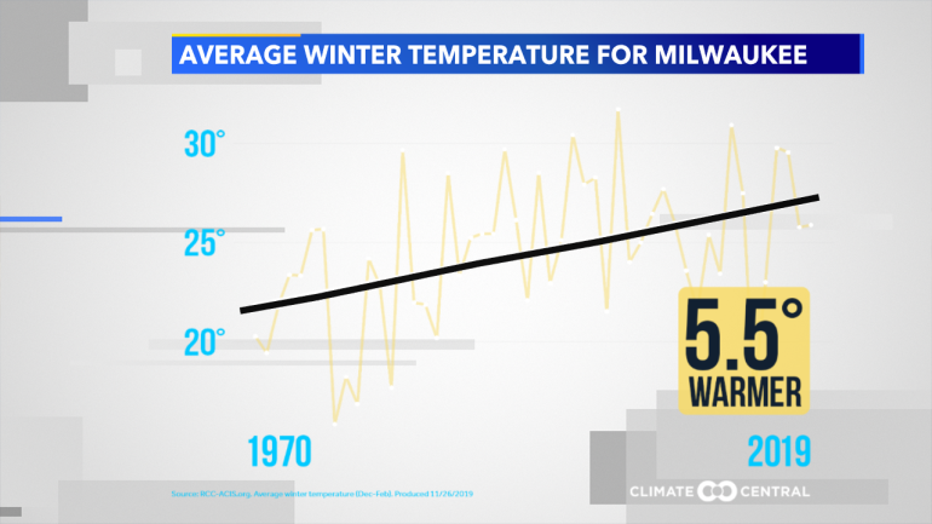 Average temperature change for Winter months in Milwaukee since 1970.

It's not just southeast Wisconsin that's warmer but in fact, the entire Upper Midwest. Our region is one of the fastest-warming winter places in the entire lower 48s and it only gets more extreme the farther north you go. 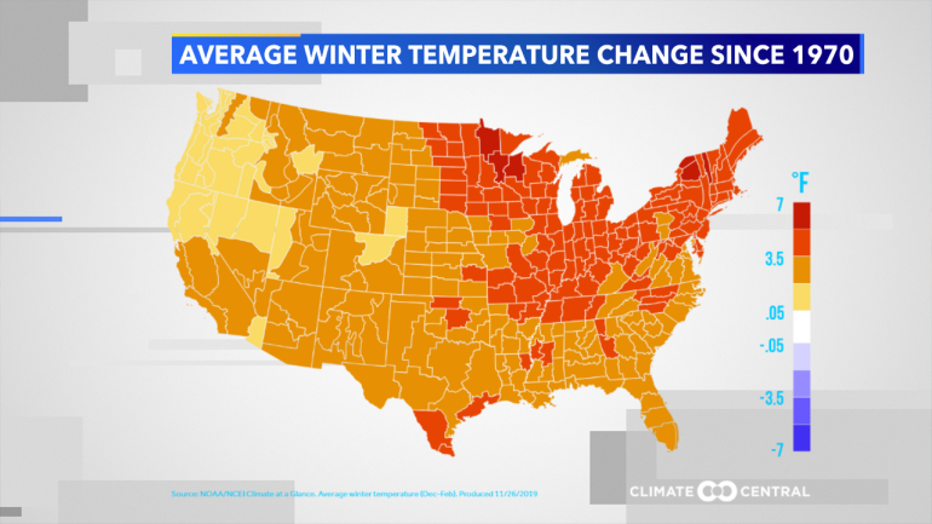 Average Winter temperature change since 1970 for the lower 48 states.

All data used was provided by NOAA, NCEI, and Climate Central. This is a factual look at what has transpired since 1970 using public data from thousands of weather stations across the United States.