When an assisted living facility evicted a 97-year-old woman with one day's notice, a state inspector levied fines. Her bosses made them go away.

New Berlin, Wisconsin - Locked out! A 97-year-old woman sent to the hospital found she could not go back to her senior apartment. The state said the provider broke the law, but then changed its mind.

The FOX6 Investigators found it's one of the most common long-term care complaints across America.

"Here you go," Diane Roth said quietly as she laid a blanket across her mother's lap. Elaine Benz, now 98, has been living in her new apartment for nearly a year, but still seems to feel out of place.

"It's nice here, right?" Roth offered in an encouraging tone.

If home is a place where memories are made, perhaps it's a blessing Benz is having a harder time retaining them these days. 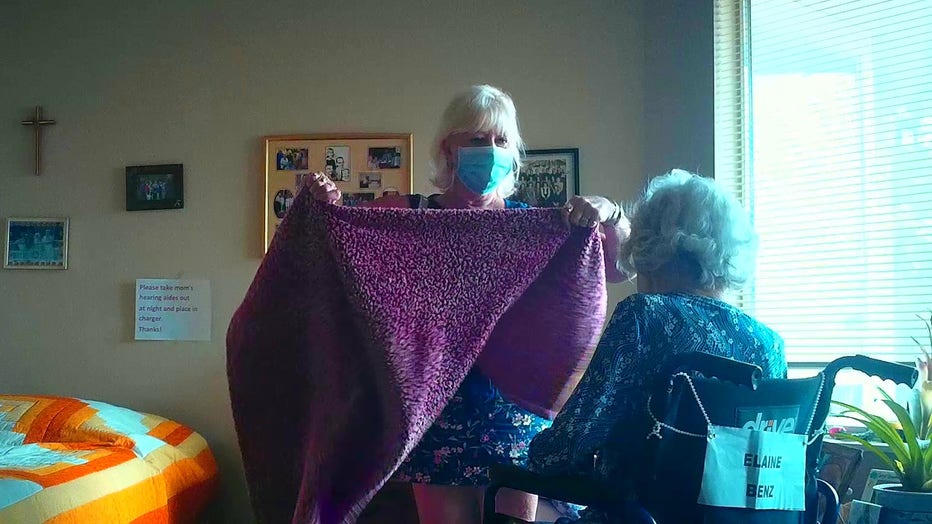 Diane Roth places a blanket over her mother, 98-year-old Elaine Benz, on a recent visit to her assisted living apartment.

"I do?" her mother replied.

Don and Elaine Benz moved into their first senior apartment together in 2011, but a few years later, Don passed away. Just before the pandemic, Benz's family decided she needed a little extra assistance.

"It was just hard for her to manage without help," said Bill Lueders, Benz's son.

So Lueders and Roth, brother and sister, had their mother transferred from the independent living wing to assisted living at Regency Senior Communities in New Berlin. 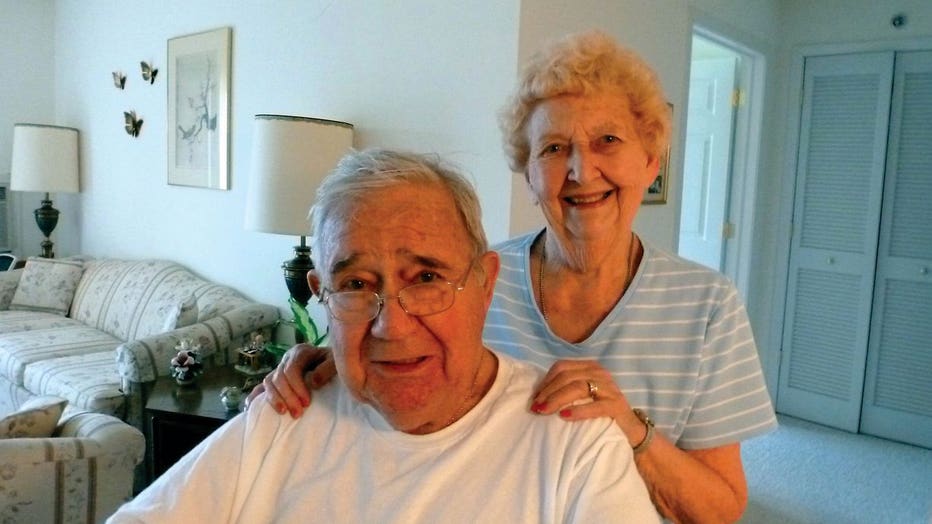 Don and Elaine Benz first moved into independent senior apartments at Regency in 2011.

"I said, ‘Please don’t move my mom again because I think it will kill her,’" Roth recalled telling a Regency administrator. "She said, ‘Oh, no. We won’t have to move her.'"

Cherie Carte, then Regency administrator, put that promise in writing. She wrote that Benz could stay in her current apartment as long as their license allowed them to keep her.

"We can only accept, admit and retain a resident that we are licensed to provide care and services to," said Mike Pochowski, a spokesman for the Wisconsin Assisted Living Association, which advocates for thousands of assisted living facilities in Wisconsin that provide varying levels of care.

"We want to keep them in their home as long as possible," Pochowski said.

Regency is a so-called Residential Care Apartment Complex. Under state law, RCACs can only provide up to 28 hours of personal care services per week, including nursing care. Regency would eventually claim Benz needed far more. 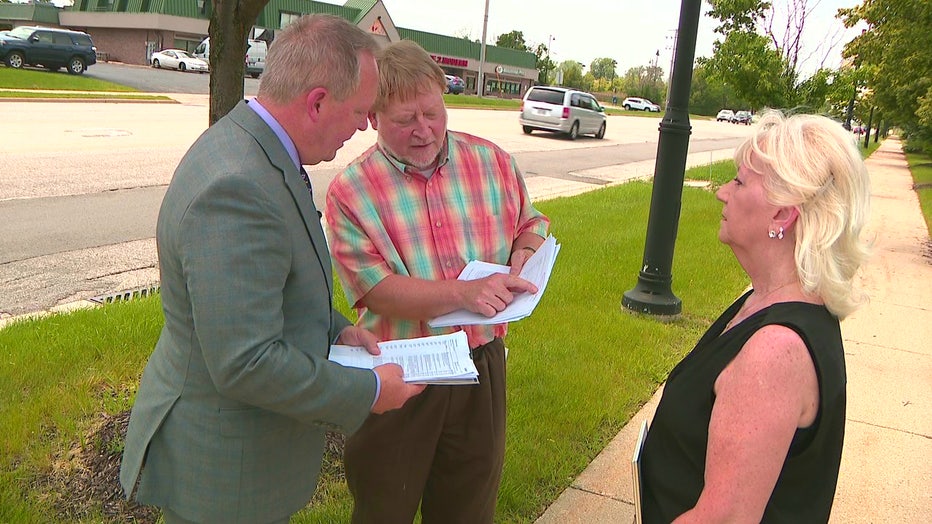 Bill Lueders is Benz's son and also President of the Wisconsin Freedom of Information Council.

"They said that she needed 28 hours of care," Roth said. "She doesn’t get that now. She didn’t need it then."

Medical records provided to FOX6 News by the family show Benz's health was "gradually" declining last fall. She was weaker, more agitated and choosing to use a wheelchair instead of a walker most of the time. Still, her children said they were not prepared for what happened next.

"It was completely out of the blue," Lueders said.

"I was panicked!" Roth said.

On Oct. 11, 2021, Benz suffered a fall. It was her fourth fall in 14 months. Regency sent her to the hospital, which then sent her on to spend 16 days in a rehab facility. All along, her family believed she would be able to return to her apartment when the doctor deemed her well enough to go home, but the day before her return, the news was delivered. Regency was refusing to take her back.

"It was horrifying," Lueders said.

"What am I gonna do?" Roth worried.

While Benz's daughter scrambled to find her a new place to live, Lueders drafted a complaint and sent it to the Wisconsin Department of Health Services (DHS). 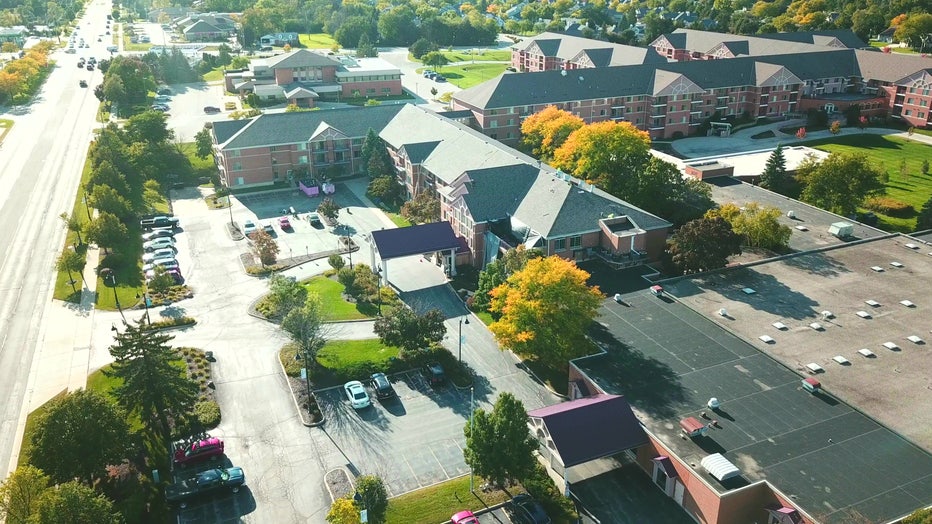 Regency Senior Communities in New Berlin offers multiple levels of care. It is owned by ProHealth Care, based in Waukesha.

State law requires assisted living facilities to give residents at least 30 days' notice before kicking them out. That is, unless there is an emergency.

"It should be pretty rare that that emergency situation happens that way," said Kim Marheine, services supervisor for the Wisconsin Office of the State Ombudsman. The ombudsman's office advocates for long-term care residents across the state.

"Our staff, every day, field complaint after complaint," she said.

Discharges and evictions are the most common complaints they get. Between 2016 and 2021, they received more than 1,270 such complaints, but Marheine said their ability to intervene has limits.

"We have a lot of autonomy," she said. "We have some authority, but we have no ability to compel a provider to take somebody back."

"What happened to my mom happens all the time," Lueders said.

It's not just happening in Wisconsin.

The Office of Inspector General (OIG) for the US Department of Health and Human Services (US-DHHS) published a report just a few weeks after Benz's eviction finding discharges and evictions were the number one long-term care complaint across the country seven years in a row. 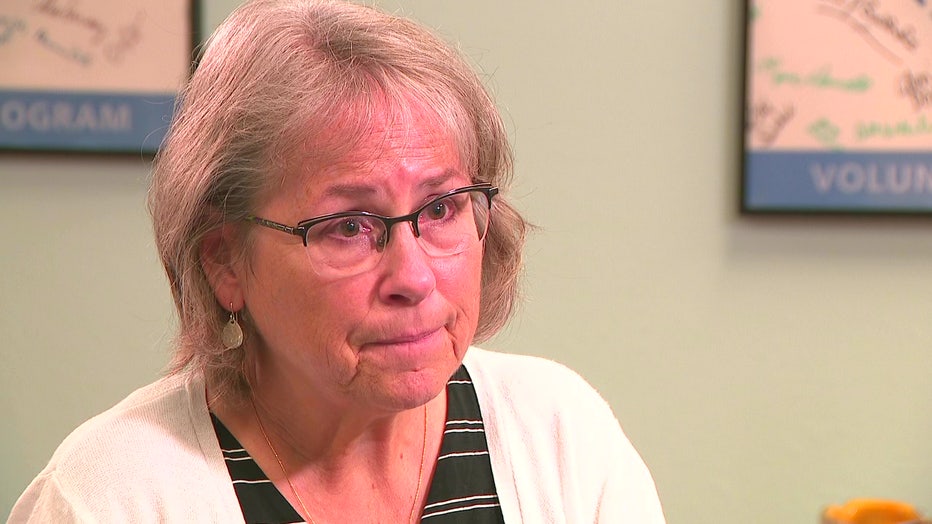 Kim Marheine is Services Supervisor for the Office of the State Ombudsman in Wisconsin.

Ester Riva Milchtein said her mom was given the boot from a nursing home in Washington state last year.

"My mother was left in limbo," Milchtein said.

Much like Benz, 85-year-old Eva Kokin was locked out of her home while on a temporary hospital stay. Milchtein believes the facility chose that time on purpose.

Milchtein brought her mother home to Milwaukee where she died in August, but not before giving her daughter an important mission.

"She wants me to continue working on this," Milchtein said.

Now, Milchtein, Roth and Lueders are trying to raise awareness of a practice that's putting vulnerable older adults at risk.

"This is hospital dumping," said Eric Carlson, attorney for Justice in Aging. "And it’s a cynical way to do business." 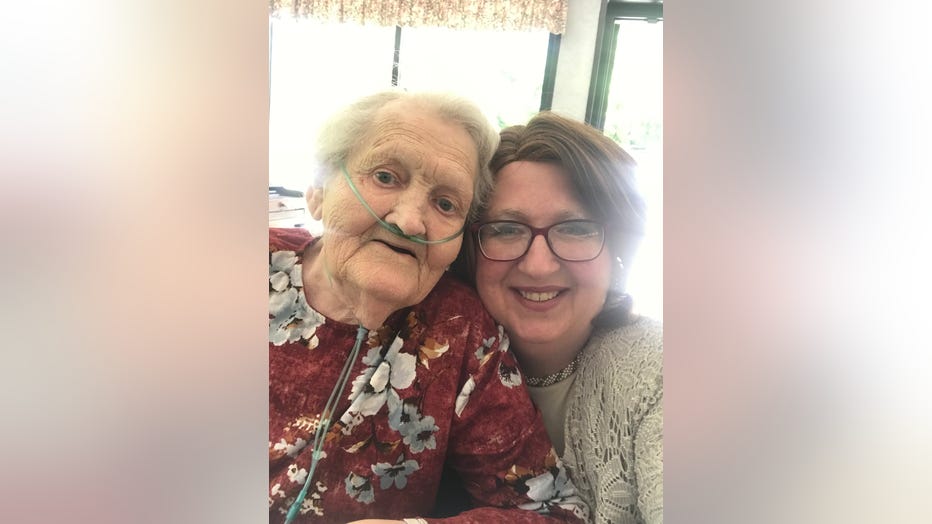 Ester Riva (right) of Milwaukee says her mom, Eva Kokin (left), was locked out of a nursing home in Washington state after a trip to the hospital. Kokin died in August.

Carlson said facilities may see a trip to the hospital as an opportunity to rid themselves of a challenging or less-profitable resident. Lueders, for instance, said his mother was a private pay client whose life savings were about to dry up. He wonders if Regency knew that and wanted her out.

"I think too frequently, the nursing facilities see this as a free shot," Carlson said.

Carlson said there's one sure way to stop it.

When a state inspector reviewed Elaine Benz's case, she found the care needs that Regency used as evidence of an emergency termination were the same care needs Benz required before she went to the hospital. In other words, there was no emergency.

So the inspector issued a pair of violations and $1,500 in fines. Two months later, her superiors reversed course.

"The state didn’t have the guts to stand by its front line staff," Lueders said.

After meeting privately with Regency's owner, ProHealth Care, the state agreed to rescind the citations. The state even scrubbed the field inspector's original findings from a publicly-accessible inspection report.

"In our opinion, the State of Wisconsin betrayed us," Lueders said.

According to a settlement agreement between ProHealth Care and DHS, the decision to rescind the violations was based on "additional information" provided by ProHealth Care "before, during and after the case conference."

"Nothing new came out," Lueders said. "They just changed their mind."

If anyone could find out, it's Bill Lueders. He's not just Elaine Benz's son. He's also president of the Wisconsin Freedom of Information Council.

"I mean, I could not have done any of this," Roth said.

Through an open records request, Lueders obtained hundreds of pages of internal DHS emails and memos, including one that shows the head of the division responsible for inspections was surprised by the state's sudden reversal.

"This is news to me," wrote Otis Woods, administrator for DHS's Division of Quality Assurance. "We withdrew everything?"

Woods sent that email to four others at DHS on April 27, 2021. Three weeks later, Woods sent a letter to Lueders on DHS letterhead that indicated the facility had provided "additional information" and that "upon further review" the department determined the deficiencies "did not meet" the threshold for citations.

But Woods, who was, himself, surprised by the reversal initially, offered no specifics of what information changed the state's determination.

In August, Lueders sat down with DHS Assistant Deputy Secretary T.R. Williams. With her permission, he recorded the conversation.

"All you’ve said is that there’s additional information," Lueders said.

"But you haven’t shown us," Lueders began.

"You haven’t shown it!" said Roth, who was listening in remotely. "We never saw any…"

"And you won’t," Williams interjected. "Because we gave you the reason why. That additional information wasn’t anything we could provide to the two of you."

Lueders and Roth are legal powers of attorney for Elaine Benz, so they have a right to all of her medical information. A DHS spokesperson, Elizabeth Goodsitt, now tells FOX6 Williams "misspoke" and that all of Benz's medical files were provided to her children.

In an email to FOX6, Goodsitt wrote that the "additional information" included "physical therapy and occupational therapy notes from a third party that were not available at the time of survey. "

She did not specify what third party she was referring to or what was in the notes that changed the state's decision or how that information helped them determine Benz's eviction constituted an emergency.

"If they could plan a little better on the front end," Marheine said, facilities can often avoid discharges becoming a regulatory crisis. "Just better communication."

Federal regulators say stronger enforcement can also be a deterrent.

"The message to facilities should be that you’ll pay a price," Carlson said.

After all, there's no place like home, even when home is hard to remember.

"Regency Senior Communities offers independent living, assisted living and memory care, but it is not licensed as a nursing home and is not able to provide higher levels of care. As they age and their needs change, Regency residents sometimes reach a point where they require care beyond what Regency can offer. This can be a difficult time for the resident and the family, and we support them however we can. Out of respect for privacy, we cannot comment about the situation of any specific resident. At all times, residents and families are treated with the dignity and respect they deserve."

If you or a loved one needs help with a discharge or eviction from a long-term care facility in Wisconsin, the state ombudsman's office would like to hear from you. You can reach the Wisconsin Ombudsman Program at 1-800-815-0015. You can also email them at BOALTC@wisconsin.gov.

BOALTC stands for Board Of Aging and Long Term Care, which is an independent board outside DHS that is appointed by the governor with the consent of the Wisconsin Senate.