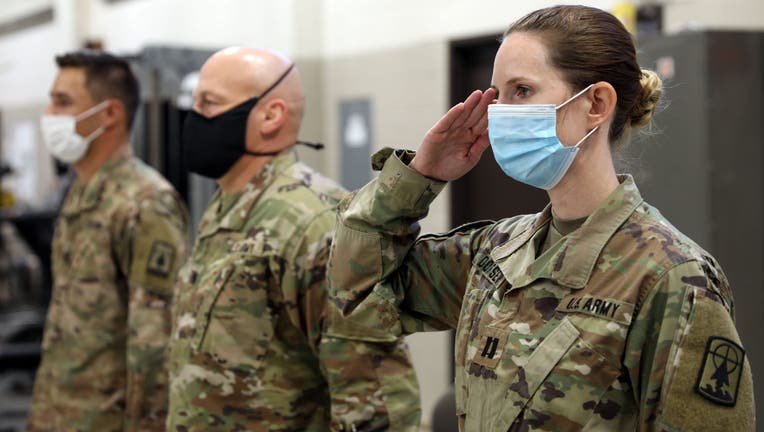 HARTFORD, Wis. - Capt. Alicia Dorsett is no stranger when it comes to making history and breaking barriers in the Wisconsin National Guard.

Soldiers of Battery A, 1st Battalion, 121st Field Artillery out of Hartford officially welcomed Dorsett as their commander, replacing Capt. Randy Humphrey, during an Aug. 15 ceremony.

Dorsett has served as the logistics officer for the 121st since 2019. During that time, she and the battalion participated in eight state active duty civil disturbance missions.

"As a female specialist in a combat MOS (military occupational specialty), I am greatly looking forward to having Capt. Dorsett be our first female commander in the 121," Spc. Katelyn Gallun said. "Our battalion is excited to witness the occupational gender equality that this change of command holds."

Dorsett encouraged fellow female soldiers to follow in her footsteps and wants them to know that it’s possible for each and every prospective soldier.

"I would advise other female soldiers interested in a career path similar to mine to not let the name ‘combat arms’ scare you," Dorsett said. "When you’re in a field artillery unit, you’re just like every other soldier, and if you put your mind to something, you can do it. So don’t let anybody tell you that you can’t."

In her first remarks to her new unit, Dorsett said she looked forward to building on Humphrey’s accomplishments and the storied lineage of the unit as well as future planned training opportunities.

Humphrey served as the commander of Battery A since 2019. During his command, he oversaw the unit as they recovered from a recent deployment and as the unit transferred armory locations from Sussex to Hartford.

The U.S. defense secretary on Wednesday, Aug. 18 officially authorized the use of Fort McCoy to house Afghan refugees.