Sophia Brynman-Metcalf jumped into her father's arms, after winning her 126-pound weight class and claiming the first WIAA girls wrestling state title and first for her high school.

LA CROSSE, Wis. - It was a historic weekend in Wisconsin. For the first time, the WIAA held a girls' state wrestling tournament.

FOX6 talked with one of the champs, making her family proud on and off the mat.

Sophia Brynman-Metcalf jumped into her father's arms, after winning her 126-pound weight class and claiming the first WIAA girls wrestling state title and first for her high school.

"Jefferson has never had a state champ before. A lot of people have been reaching out. I'm just glad to be one of the firsts to get it," she said. 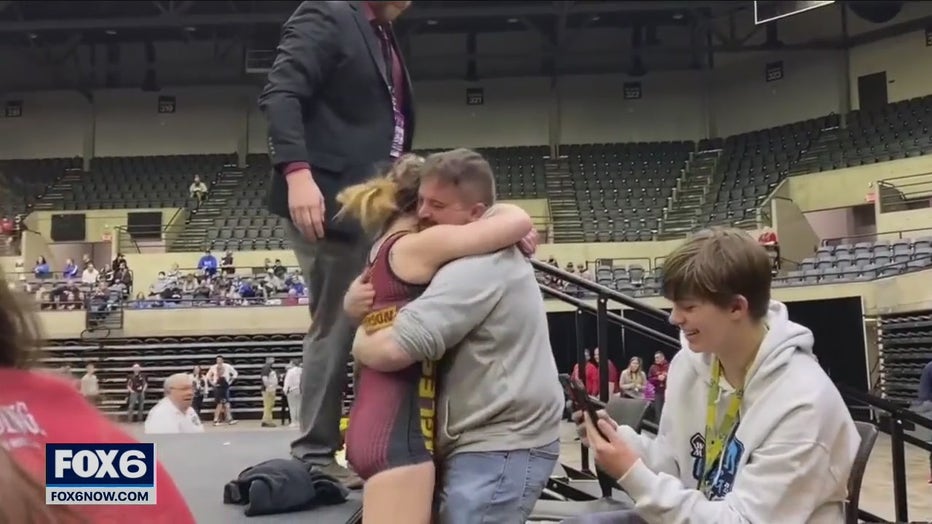 Over 250 wrestlers entered the state competition in several weight classes.

Brynman-Metcalf says she dug deep and focused while on the mat.

"I just stayed out of my head, stayed confident. I had a good mindset, made my goal to be the champing, seeing that it was my first and last time," she said.

The high school senior has been wrestling since second grade. Saturday, she made herself and her family proud. 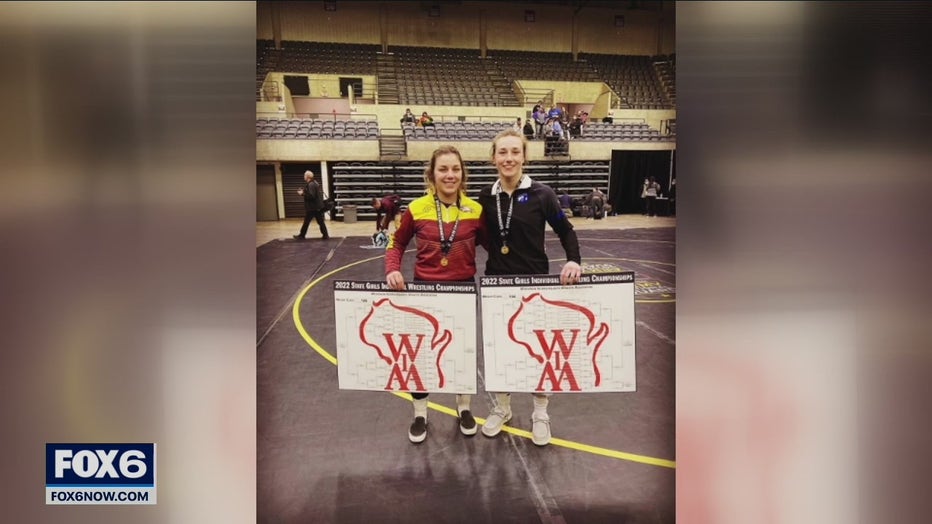 "What message do you have for young girls today?" said FOX6.

"I say, try the sport. If you like it, continue with it. If not, at least you tried it. It's something a lot of people enjoy once they start getting into it," said Brynman-Metcalf.

A message of perseverance for the next generation of champs. 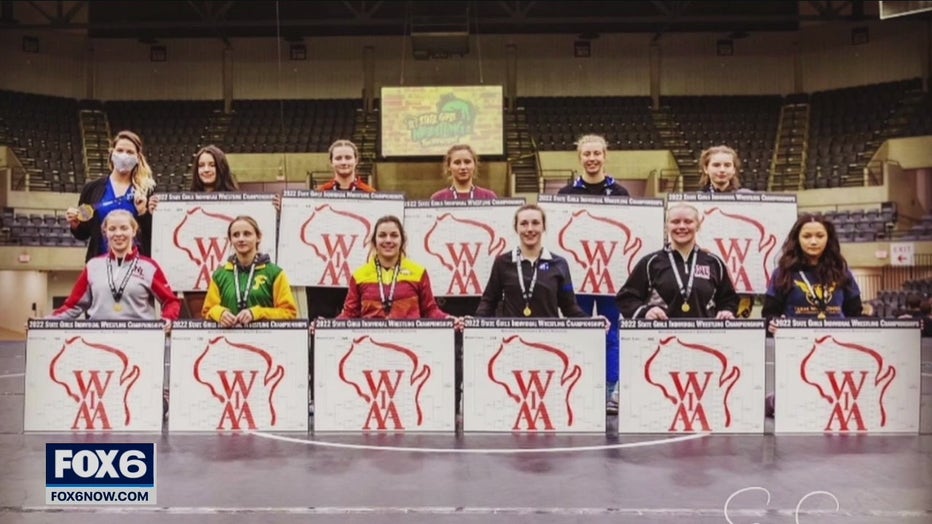 What's next for Brynman-Metcalf? She plans to work and participate in off-season wrestling events.

No. 11 Wisconsin outlasted Minnesota 66-60 on Sunday, earning their ninth win in their last 10 games to tie No. 24 Illinois for the Big Ten lead.

Marquette falls to No. 17 Providence

Marquette had won seven straight before falling to Providence 65-63 on Sunday.