Unemployment law could lead to discrimination

Unemployment law could lead to discrimination

MADISON -- In a reversal, Wisconsin's Department of Workforce Development is now pushing to change a rule that blocks a group of people with disabilities from federal Pandemic Unemployment Assistance (PUA).

"I am concerned that the interpretation suggested from Region 5 unfairly targets some of Wisconsin's most vulnerable workers from coverage under PUA when they lose their wages due to a COVID-related reason," Department of Workforce Development Secretary Caleb Frostman wrote in a letter to federal Department of Labor Secretary Eugene Scalia.

How the system works

Social Security Disability Insurance, known as SSDI, is a federal program that employees and employers pay into through taxes. If a disability prevents someone from holding "substantial gainful" employment, they can apply to receive SSDI payments.

The application process is extensive, requires medical sign-offs, and takes months. Statistics from the Social Security Administration show fewer than 40 percent of applicants are awarded benefits. 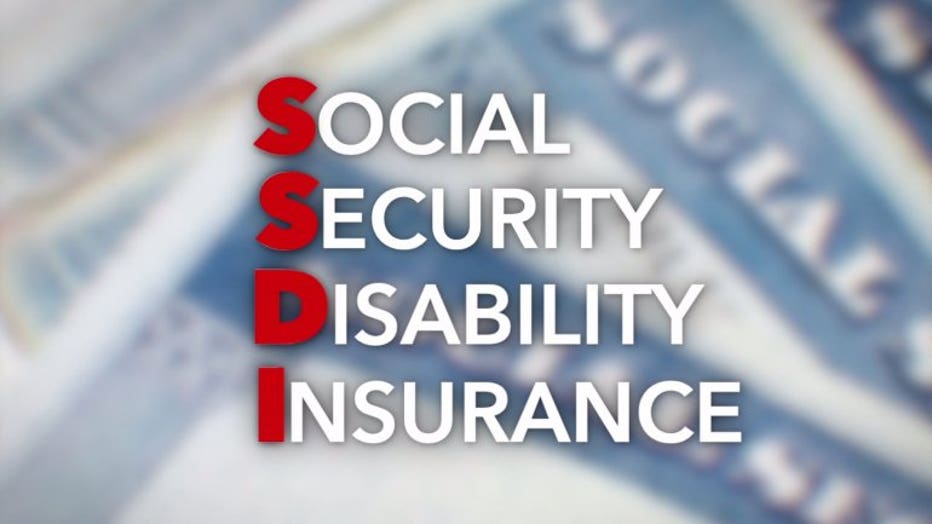 SSDI recipients are not barred from all work. The program encourages people to work as much as they are able. The standard for "substantial gainful" employment varies from year to year. In 2020, non-blind people with disabilities are eligible for SSDI if they make less than $1,260 per month.

The most recent data from the Social Security Administration says there were nearly 157,000 workers with disabilities in Wisconsin receiving benefits. 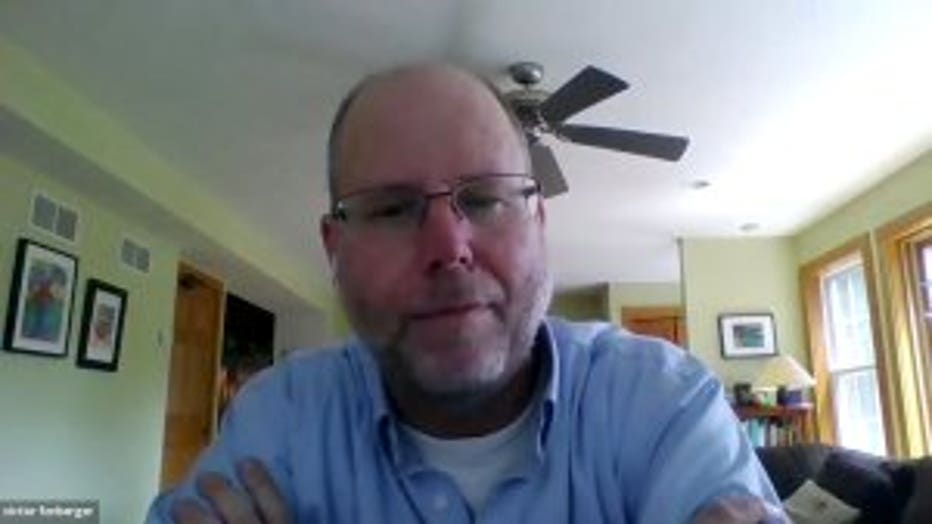 "They can no longer return to the jobs they once had," labor and employment attorney Victor Forberger said. "How the disability program works is you can still work in limited circumstances and earn money because the disability benefit itself is not enough to survive on."

People receiving the average SSDI payment in Wisconsin will get roughly $14,400 per year in benefits. Several who wrote to FOX6 say losing their part-time jobs has cost them more than one third of their income.

Wisconsin law prevents Social Security disability recipients from receiving regular state unemployment benefits if they lose their part-time jobs, but unemployment attorneys like Forberger say people on SSDI should be eligible for federal unemployment assistance under the CARES Act, known as PUA.

However, as FOX6 has reported, Wisconsin is currently the only state that is blocking the entire group from accessing those payments. 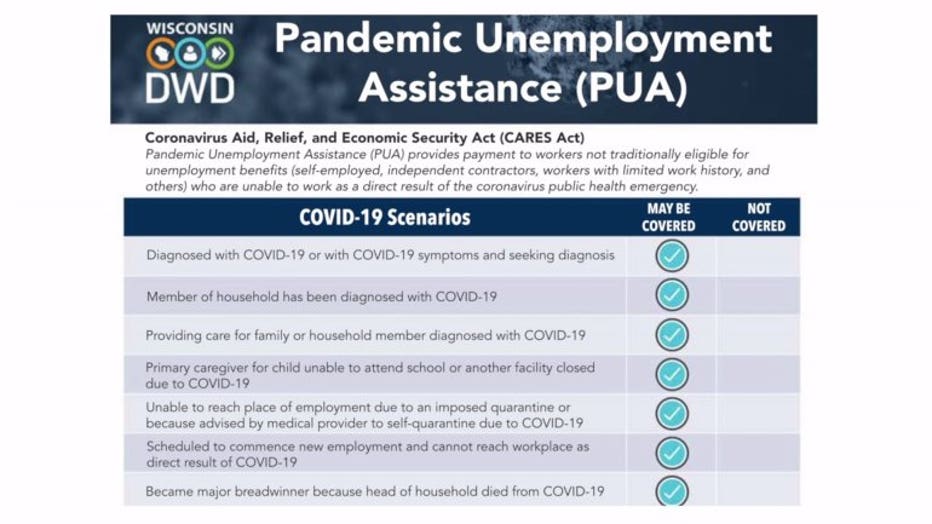 PUA is the additional $600 per week the federal government is paying in unemployment assistance, even to people who typically do not qualify for state unemployment benefits. Forberger points out North Carolina, the only other state that has a blanket ban on SSDI recipients receiving regular unemployment compensation, interpreted that as applying to people on Social Security disability.

Wisconsin did not. At least, not at first.

Originally, Wisconsin's Department of Workforce Development said federal law required it to defer to state law regarding SSDI payments. But the day after FOX6 submitted questions about this interpretation, the department started an email chain with the Department of Labor staff who oversees Wisconsin's region.

They responded with guidance that Wisconsin should look to its state law, thus denying PUA payments for Social Security disability recipients. However, that guidance was based on an incorrect summary of Wisconsin law.

"There is not a straight out prohibition of collecting UI benefits if you are receiving SSDI in Wisconsin," the Department of Labor wrote. However, Wisconsin does have such a prohibition. 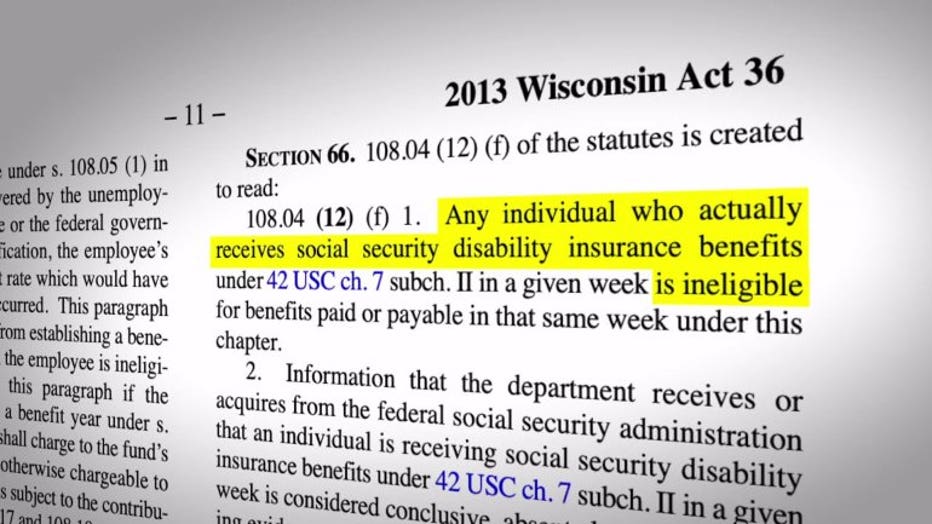 Department of Workforce Development Secretary Caleb Frostman pointed out the discrepancy in his June 9 letter, asking the Department of Labor secretary to weigh in.

"Region 5's misunderstanding of the ineligibility provision enacted by the Wisconsin Legislature in 2013 seems to have inappropriately affected its guidance," Frostman wrote. 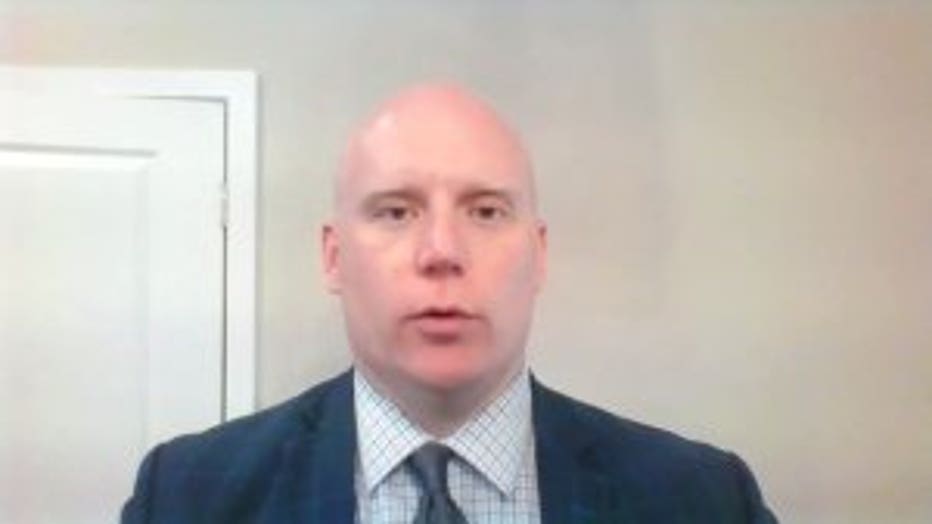 "I am concerned that the interpretation could be viewed as denying benefits based on disability using SSDI as a proxy or as having a disparate impact on individuals with disabilities because all SSDI recipients— by definition—have disabilities," Frostman added later in the letter. "The Department ardently protects against such discrimination and such an interpretation would run counter to that policy."

"There are a huge number of people now who have been unable to collect unemployment benefits..."

Forberger says he is pleased the Department of Workforce Development reversed its previous position, but is concerned that the coming weeks will continue to be a logistical challenge for Wisconsin's SSDI recipients.

"There are a huge number of people now who have been unable to collect unemployment benefits and who were told not to ever apply by the department, or were discouraged from applying," Forberger said. "So the department really has to turn things around."

Ben Jedd, Communications Directors for the Department of Workforce Development declined a request for an interview, but provided the following statement:

Anyone who is working and then loses that work through no fault of their own should be able to collect UI benefits.  By 2013 Act 36, the prior Administration made SSDI recipients categorically ineligible for UI under state law.  The Department must follow laws in place, even if it does not agree with the policies behind them."

"Under the CARES Act, where the Act is silent on an specific issue, states are required to apply the Disaster Unemployment Assistance (DUA) regulations, and only if DUA was silent to follow state law. Based on the initial analysis, the Department initially understood it had to follow state law as passed in 2013 Act 36. Upon further review, the Department recognized that it should follow the DUA disqualification provisions, which do not disqualify an individual who receives SSDI."

"This interpretation and approach seemed more appropriate given the Congressional intent of PUA to offer benefits to those who would not otherwise be eligible for benefits under regular state unemployment laws. Due to the potential consequence of having to recoup overpayments from claimants to whom we improperly issue benefits, we decided to seek clarification from the USDOL before moving forward with a new approach."