MILWAUKEE -- In any other state, Laurie Neumann-Whitehorn's unemployment case would have a chance. "Currently I am behind on my rent," Neumann-Whitehorn said. "And it's impacted me greatly because for our church I work the food pantry. And we can't do that so that limits resources that come to me." Neumann-Whitehorn choked up as she wiped away tears. "I'm sorry," she said. 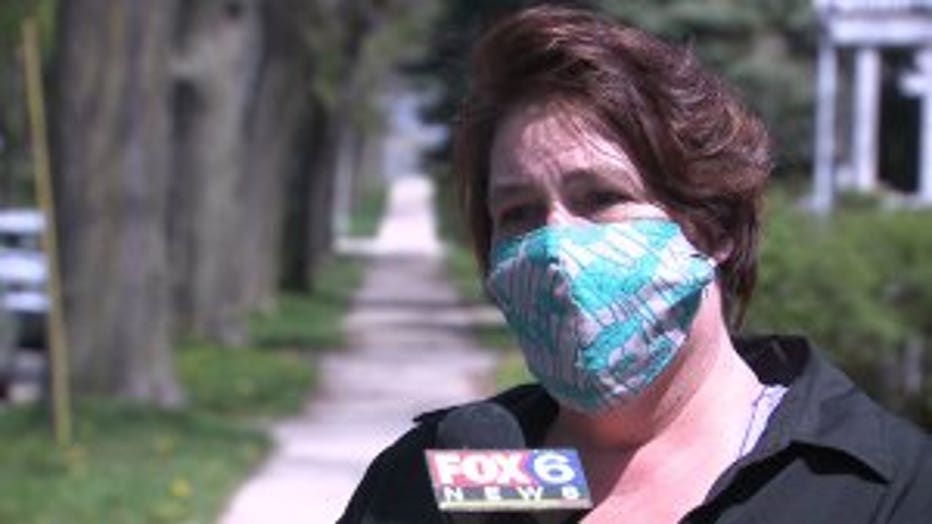 Neumann-Whitehorn and five other Milwaukee County women who spoke to FOX6 receive Social Security Disability Insurance, known as SSDI. Neumann-Whitehorn says she has a disorder called retinitis pigmentosa and is legally blind. Others are on dialysis, have had life-altering medical complications, or were hit with unexpected illnesses. Wisconsin law prevents Social Security disability recipients from receiving regular state unemployment benefits. Labor and unemployment attorneys say people on SSDI should be eligible for federal unemployment assistance under the CARES Act, but Wisconsin is currently the only state that is blocking the entire group from accessing those payments. "It's almost like the state of Wisconsin is telling the disabled to get lost," labor and employment attorney Victor Forberger said. 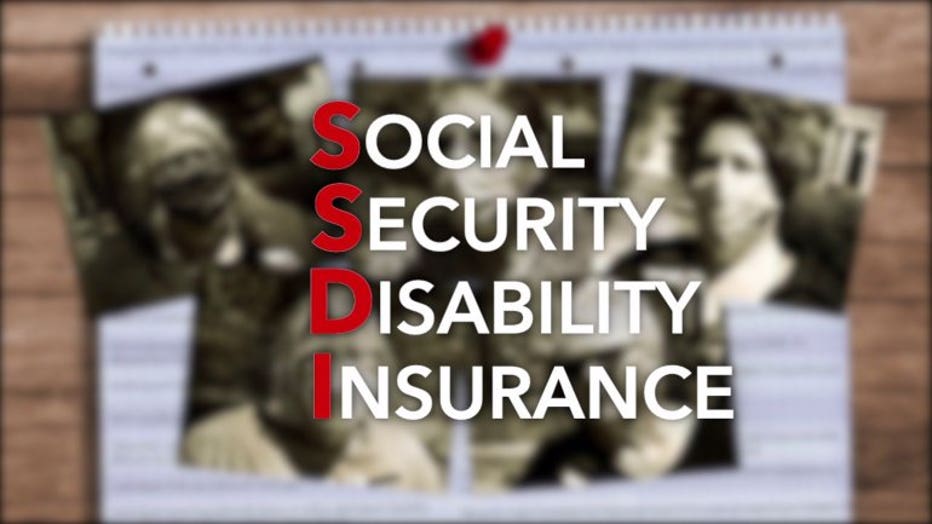 Social Security Disability Insurance is a program funded by employer and employee Social Security payroll taxes. The fund pays people who have disabilities that prevent them from "substantial gainful activities." The application process is extensive, requires medical sign-offs, and takes months. Statistics from the Social Security Administration show fewer than 40 percent of applicants are awarded benefits. SSDI recipients are not barred from all work. The program encourages people to work as much as they are able. The standard for "substantial gainful" employment varies from year to year. In 2020, non-blind people with disabilities are eligible for SSDI if they make less than $1,260 per month. 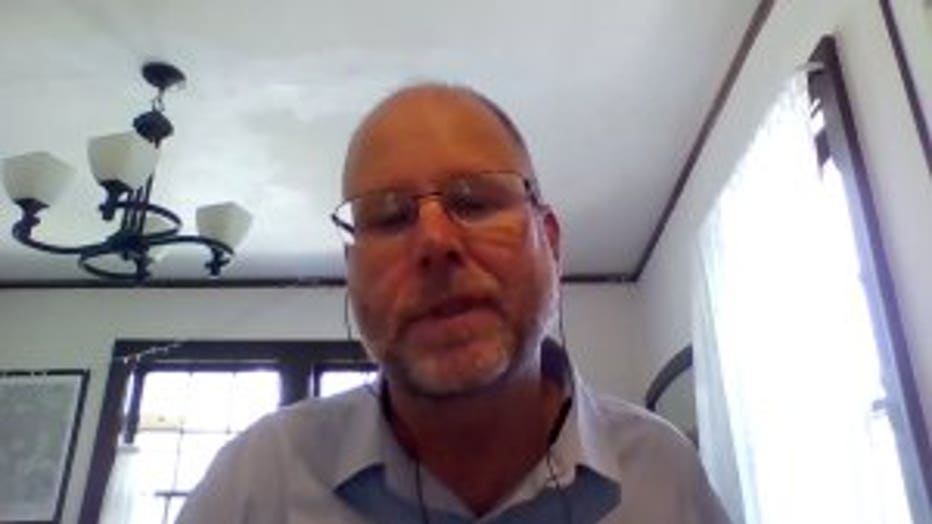 "So they're working just regular jobs getting between 9, 12, 13 dollars an hour and they're working 10-15 hours a week just to make ends meet," Forberger said.  "I have one person I’m working with who’s a musician and is blind. So that person’s probably not going to be a taxicab driver or driving, being an airline pilot. But they’re doing what they can do."

In 2013, Wisconsin passed a law saying people receiving Social Security disability cannot simultaneously receive state unemployment benefits. Lawmakers said the goal was to prevent fraud and "double dippers." Forberger says the result is his SSDI clients who are encouraged to work part-time are not able to collect unemployment if they lose those jobs. Wisconsin was the first state in the country to institute this type of blanket ban; North Carolina followed. 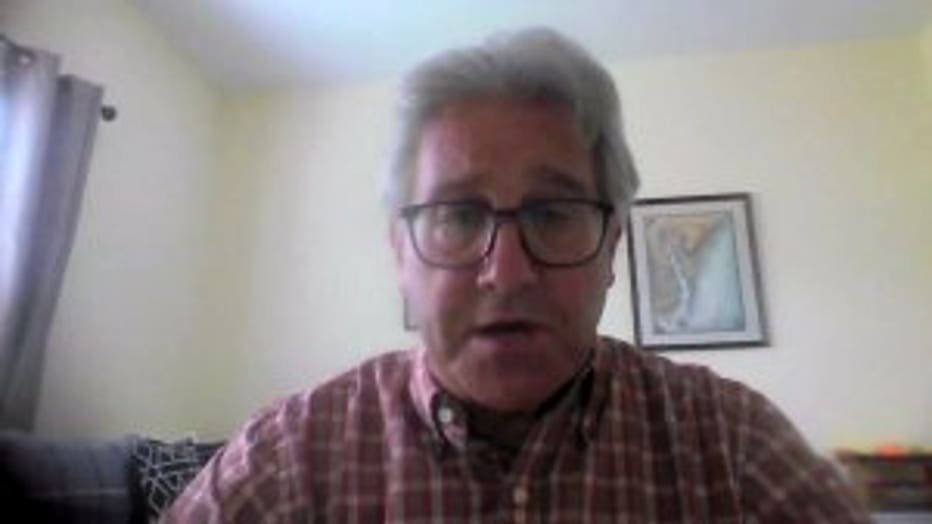 "Juxtaposed against the national picture, it's a fairly harsh policy," National Employment Law Project Senior Counsel George Wentworth said. But Wentworth and Forberger say the federal government has an avenue to help people on SSDI who have lost their jobs due to COVID-19 - Pandemic Unemployment Assistance (PUA). PUA is the additional $600 per week the federal government is paying in unemployment assistance, even to people who typically do not qualify for state unemployment benefits. Forberger points out North Carolina interpreted that as applying to people on Social Security disability. 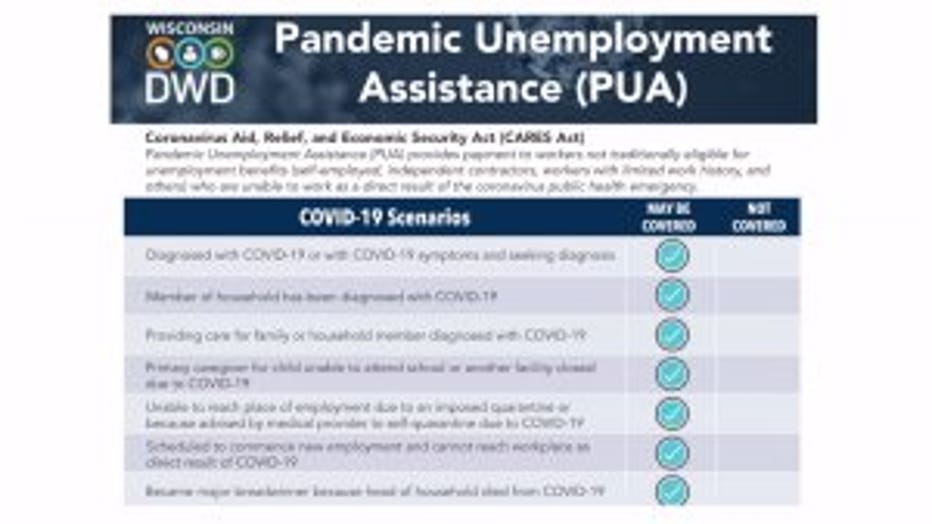 Wisconsin did not. An FAQ on the Department of Workforce Development website says, "An individual cannot receive Social Security Disability (SSDI) payments and unemployment benefits concurrently...state law is applicable for PUA as well." The Department of Workforce Development oversees the distribution of unemployment benefits, including the federal PUA. "I think their interpretation is wrong," Wentworth said, noting the CARES Act is specifically designed to help people who do not traditionally qualify for unemployment benefits. "They're not letting them pay their rent, pay for groceries," Forberger said. "And that's causing problems for farmers, merchants, manufacturers. Because they've got no consumers to pay for their goods. This makes no sense, what Wisconsin is doing." 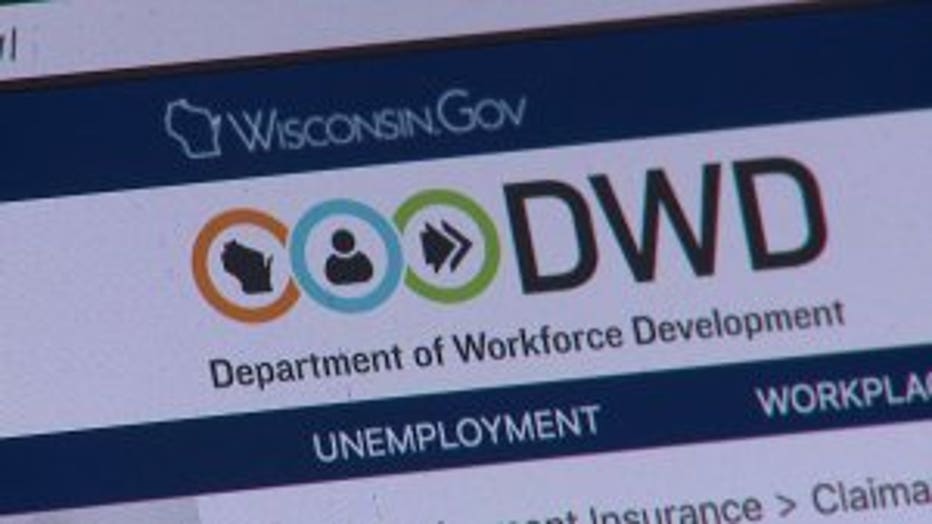 FOX6 asked the Department of Workforce Development to respond; no one went on-camera for an interview. In an email, spokesperson Ben Jedd wrote, "We are writing the for more guidance on whether PUA applicants who are receiving SSDI are eligible for PUA." Jedd did not answer FOX6's questions about the department's interpretation of the CARES Act, but did promise to follow up once the state received additional guidance. Even if the Department of Workforce Development were to reverse course tomorrow, it could still take months for people on Social Security disability to see PUA payments. "We're shooting ourselves in our foot by making this process as hard and difficult as it is," Forberger said. "Particularly by robbing the disabled of any chance of making it through this summer." "I don't have a lot left," Neumann-Whitehorn said. "We’ve worked hard all of our lives. And it’s not our fault that we have disabilities."