Andrea Haberman, 25, was killed in the September 11 attacks. A memorial in Kewaskum serves as a connection for those who lost loved ones.

KEWASKUM, Wis. - Twice a week, Gordon Haberman makes a short drive from his home in the town of Farmington to Kewaskum.

He spends time in the new Wisconsin 9/11 Memorial and Education Center. Dedicated in June, it honors those that lost their lives in connection to the Sept. 11, 2001 attacks: innocent people, police officers and firefighters and armed service members.

The memorial provides Haberman a connection, too. His 25-year-old daughter Andrea was killed in the attacks.

Haverman remembers his wife telling him to come downstairs and look at what was being broadcast on television. The first airplane had already struck the North Tower of the World Trade Center.

"I got downstairs in time to see the second plane hit the South Tower," Haberman said. 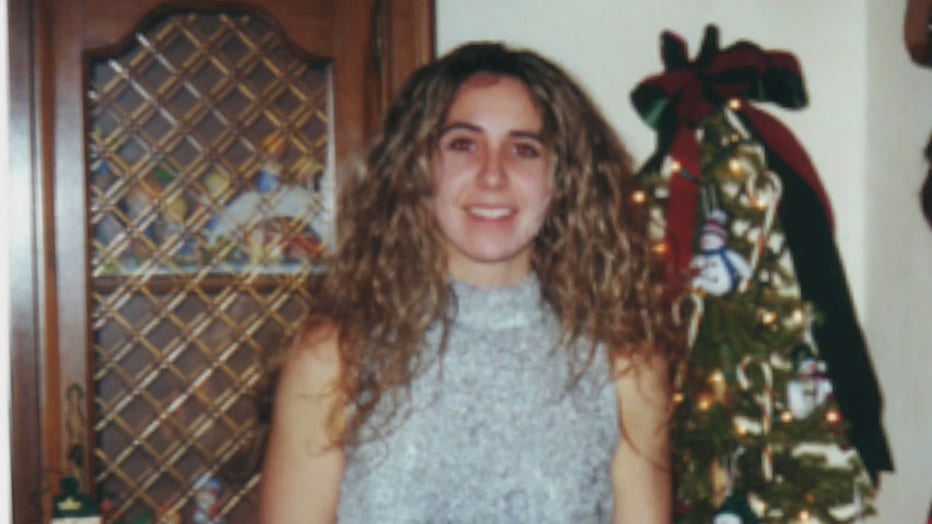 Haberman described the next several hours as frantic.

Andrea was on her first business trip as an employee of Carr Futures in Chicago, and the company flew her to New York for meetings at the World Trade Center. She was just engaged, spending Labor Day weekend with family to discuss some wedding logistics.

Gordon remembers her being worried about traveling to New York, after the World Trade Center was previously attacked in a bombing in February 1993.

Poor weather delayed Andrea's first two attempts to fly to New York before a third flight took her there on Sept. 10. She arrived early to the World Trade Center before a morning meeting.

"She was on the phone with her coworker in Chicago, describing the view at the Statue of Liberty when the plane hit," Gordon said. 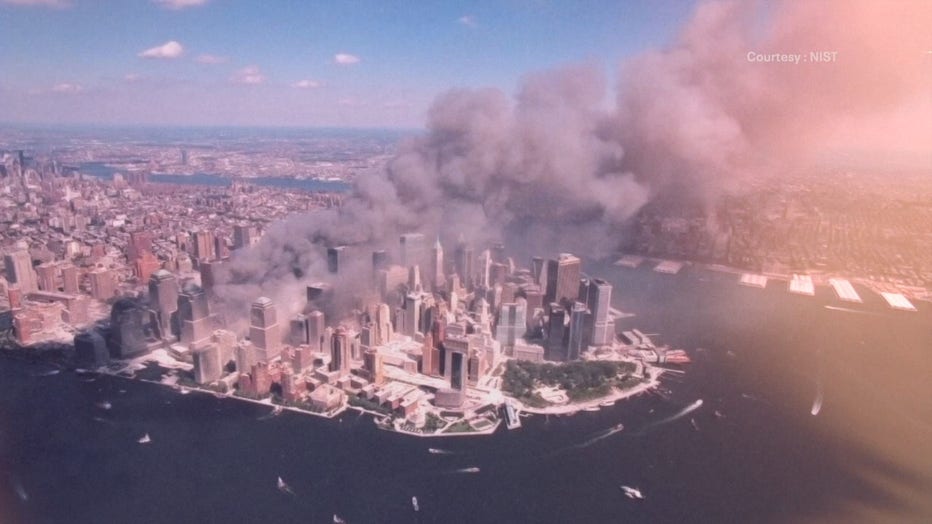 Years later, Gordon said he learned Andrea and her New York colleagues tried finding a way out to safety, but were unsuccessful.

"All three stairwells were filled with rubble," he said. "Of course, the elevators were gone. The doors blew out."

It collapsed at 9:59 a.m. EST, sending a cloud of smoke throughout New York City. The North Tower would collapse 29 minutes after that.

Watching it unfold on television, the Habermans had one goal: finding Andrea. 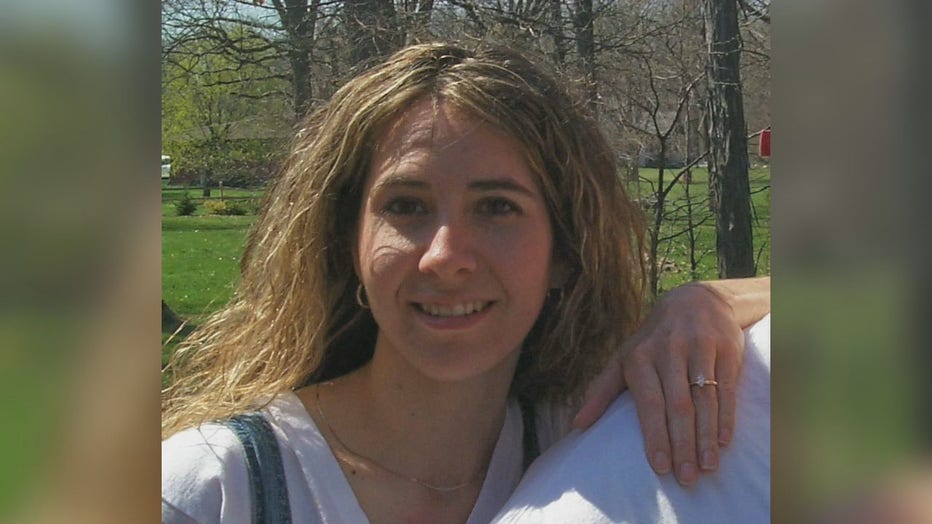 Gordon made a flurry of phone calls, trying to reach anyone with information that could lead to her discovery. He remembers a conversation with an FBI agent around 11 p.m. CST.

"And he just said, 'Mr. Haberman, there's 20 different command posts here. They're without power down there. No one's looking for your daughter,'" he said.

Shortly after, a woman living in West Bend called the family to tell them she planned to travel to New York to find Andrea. The Habermans also drove to New York. 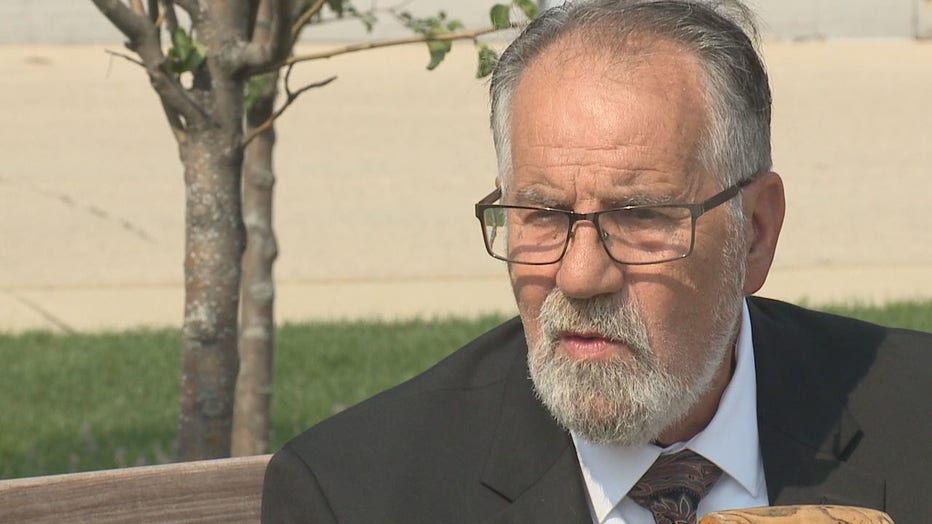 Upon their arrival, Gordon said the smoke plume was still between 40 and 50 stories high.

"Seeing the devastation," he recalls, "that's when I knew we were in trouble." 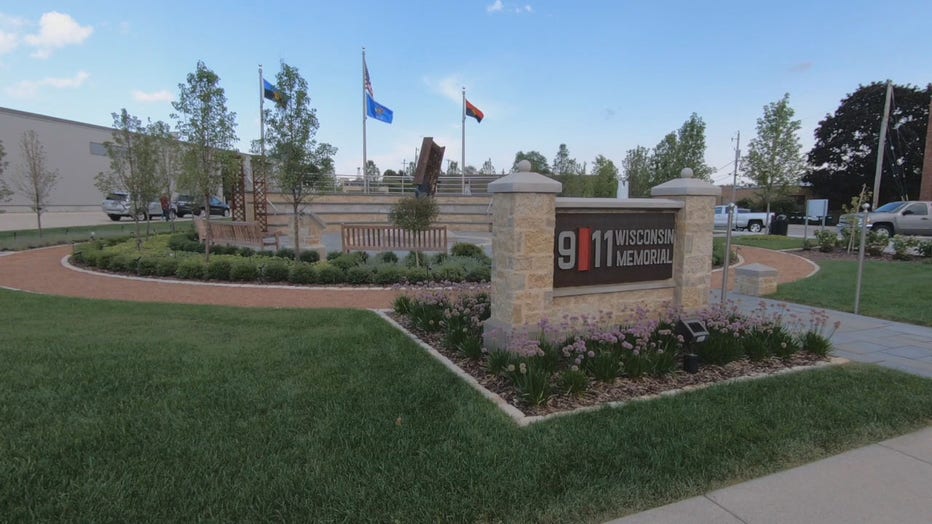 Now, 20 years later, Haberman said he can find peace in the face of such destruction just by coming to the Wisconsin 9/11 Memorial and Education Center in Kewaskum.

He's been involved in fundraising and pitching the community to build it in memory of those, like Andrea, who lost their lives.

"There's a beautiful memorial in New York City. Not all of us can travel to New York City, and 9/11 touched all of us as Americans," said Fuzz Martin vice president of Kewaskum Remembers 9/11, Inc. 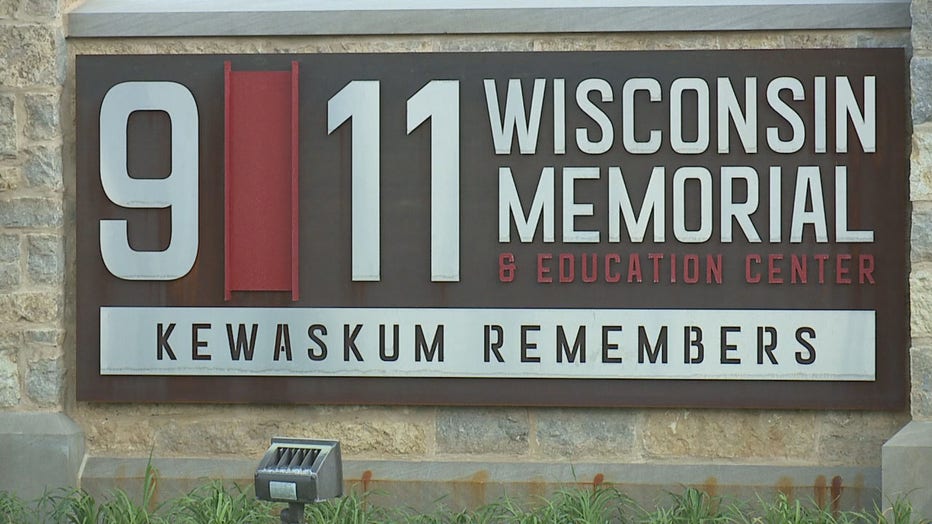 The memorial, on U.S. Highway 45 in Kewaskum, is marked in symbolism.

Its center-piece beam, from the North Tower, points southeast toward New York City. The beam sits atop a pentagon-shaped foundation to recognize the attack on the Pentagon, and its five points also point toward educational platforms installed at the memorial.

Martin said its design was incredibly focused on detail and educating the public about what happened.

"Having a place like this where people can come, pay respects, remember and also learn about that day is very important," said Martin. 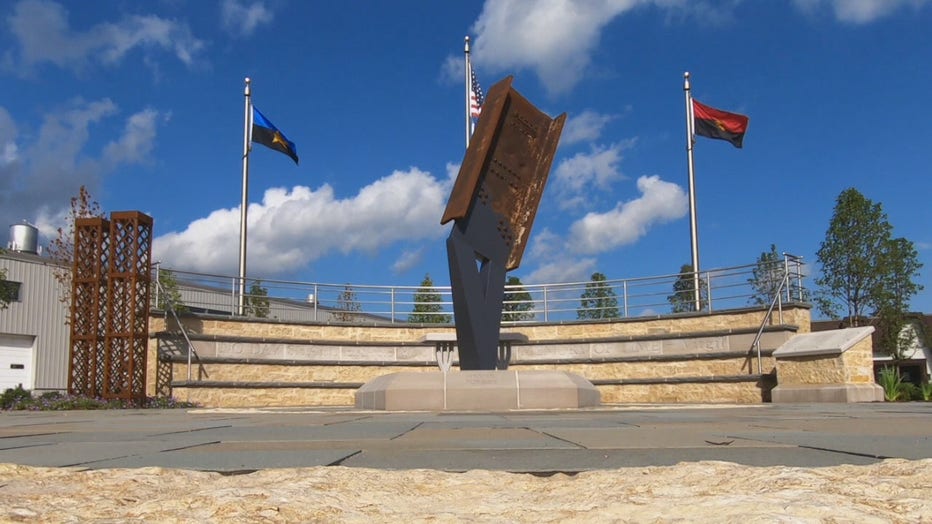 For Haberman, the space means even more. It's a reminder of how the community rallied around his family to support them the day after Sept. 11.

And it's a chance to be at peace with a daughter he's missed ever since.

"The beautiful gardens, you tone out the noise from Highway 45," Haberman said. "And it's a calm, respectful place to contemplate."

The Wisconsin 9/11 Memorial and Education Center is hosting an event Saturday to commemorate the 20th anniversary of 9/11. It begins at 10 a.m. and will feature guest speakers, as well as a performance by the Kewaskum High School Band.

Kewaskum Remembers 9/11, Inc. has also developed curriculum, adhering to state standards, to help educate students on what happened. That information is available on the Wisconsin 9/11 Memorial website.

The FOX6 team reflects and remembers where they were and how they felt hearing and seeing the tragic events of September 11, 2001.